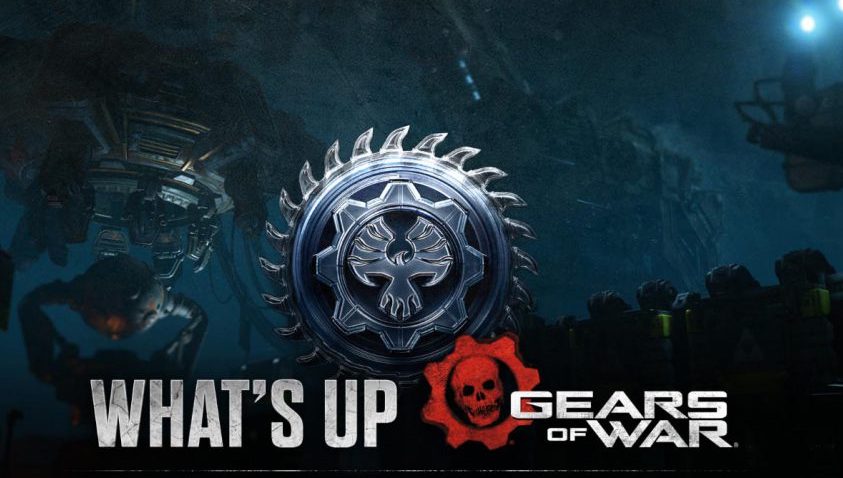 Gears 5 is almost one year old, but developer The Coalition is kicking off the brand new ranked system that launches today, August 25! With the Gears 5 update 1.1.509.0 also brings in a new versus event called Luck of the Draw, you don’t know what weapon you start with or what’s next. the patch clocks in at 2.4GB! Head on below for the complete list of changes.

The new ranking system will see all players start in bronze tier and work their way up through the ranks, think Apex Legends ranking system. The higher you climb, the more GP (Gears Points) it costs to enter a match. Introduced in beta form for the preseason that just ended, The Coalition made the following changes to ranked from the feedback:

The tuning for weapons including the beloved Ghasher are also being improved. On a pure gameplay level, almost everything from movement to starting weapons are changing:

Adjustments to Bullet Magnetism on both the Hipfire and ADS

A certain level of bullet magnetism has been one the foundations to making the Gnasher “feel” consistent in every Gears game.

While this mechanic gives you a sense of consistency, it can impact your ability to dodge shots, e.g. it reduces the effectiveness of the strafing at close ranges.

Note: ADS values are different to Hipfire because ADS distance values are measured from the camera as opposed to barrel which is the case when hipfiring. The ADS will feel a lot like the competitive tuning but will still be a viable option at very close range.

We’ve kept some assistance within chunk range to maintain a level of consistency across ADS and Hipfire.

Removed the randomness on certain shots

There are some legacy mechanics that have existed in every Gears game since Gears of War 2 which continue to cause a level of inconsistencies with the Gnasher. The goal is to make the same action achieve the same result so you are always in full control and understand where your shots will land so we have adjusted these mechanics.

At some ranges, bullet magnetism would kick in and cover up the level of randomness. Since we have reduced those values, we need to make the gun itself as consistent as possible so the responsibility can fall more onto you the player.

Based on all the changes above, we know that landing ADS shots will naturally be harder; so we slightly tightened the spread to help players land more pellets on average with well-placed shots.

Movement does not increase the size of the hipfire spread

This means any movement action a player does; strafe (walk), bounce or roadie run will keep the spread at a consistent size.

Previously, players that landed a Gnasher shot first were rewarded by disrupting the other player’s aim.

As we’ve made landing shots more skillful, players will now have control throughout the fight. Basically, if you are shot by a Gnasher it will no longer throw your aim off resulting in a genuine Aim vs Aim battle. Note: Other weapons will still cause camera shake, this change will only affect Gnasher vs Gnasher combat.

We believe the slower slide speed correlates with the goals above and other changes listed.

The slower slide speed leads to smoother and more readable movement. With the changes to acceleration (Increased by 50%) and the slide speed being increased from launch heading into Op2 (630 > 650), some players have found it hard to react efficiently to the faster movement.

The intention is to keep the transition from Roadie Running to Slide to Cover Slip to Roadie Run as smooth as possible without the feeling of seeing players quickly accelerating out of a cover slip or players feeling like they hit a wall (if it was completely removed).

This mechanic is key to making navigating the map feel as smooth as possible, but we also want to maintain balanced gameplay within close-range engagements.

By slowing the game down, we feel it’s critical to slightly lower the damage output of the Lancer. We’re also improving the consistency of damage at close ranges to make the gun more intuitive to the user.

The responsibility should fall on the shooter to stop their opponent regenerating health and we believe this change better correlates with all the changes listed above.

2. Players do not lose bullet magnetism when cancelling a slide

This equalizes the assistance given to players coming out of a slide.

With the reductions in those mechanics (Bullet mag and slide speed) we believe this is a suitable change going forward that will increase consistency within chunk range.

This also benefits all weapons when cancelling out of a slide, but the Gnasher will be affected the most by these changes.

Also coming with this update is more general fixes and balances for characters in PvE modes like Horde:

If that wasn’t enough, the Gears store is also being updated with it’s weekly new content, here are all the new items coming today.

Gears 5 players can not only expect new updates to their game, but there’s also a large update to the dashboard coming today.