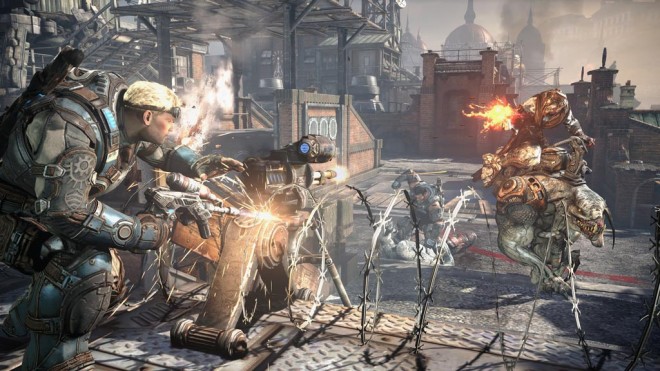 The recently announced Free-For-All mode available in the upcoming Gears of War title set to release in 2013 has finally shown it’s face.

This mode will be available to play at this year’s PAX Prime for all of those attending. However, for those not attending, we got a little treat from Quinn Delhoyo, multiplayer designer at Epic. He tweeted out some gameplay videos for all of us to slobber over until we get our hands on Gears of War: Judgment in March 2013.

Let us know what you think of the footage in the comments below!

Hailing from beautiful Pittsburgh PA, Shawn has spent most of his 25 years playing video games. The original Killzone on PlayStation 2 captured his love for competitive multiplayer experiences and has thrived on that ever since. Now I live, breathe and eat multiplayer madness with the guys and gals of Lucky Strike.
News, Videos Featured, Gears of War: Judgment, PAX Prime 2012, Xbox 360
view related posts
HOT MULTIPLAYER GAMES
& UPCOMING RELEASES