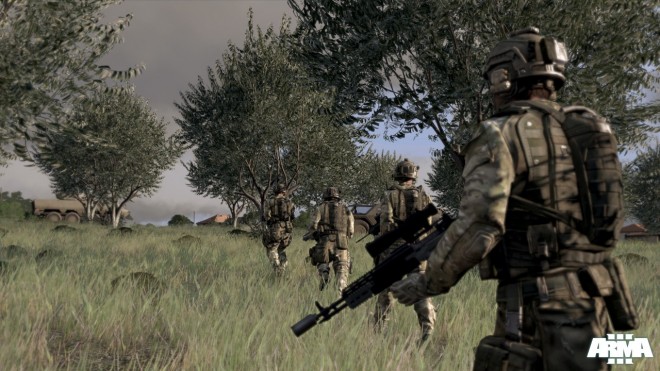 In the Alpha, you’ll be able to get your feet wet testing out the unforgivingly realistic infantry, scuba, vehicle and helicopter gameplay, giving you a taste of what Arma 3 is all about.

You can join the Alpha this very moment by downloading it from Steam or Store.bistudio.com. More details can be found here.

Bohemia also mentioned talk of a “Beta program later this year,” wich will be open to the public this summer, according to the video. As for the Alpha, expect “simple content updates and fixes” as the game pushes through its testing phase.

Arma 3 is set to release in Q3 of this year as a PC/Steam exclusive.