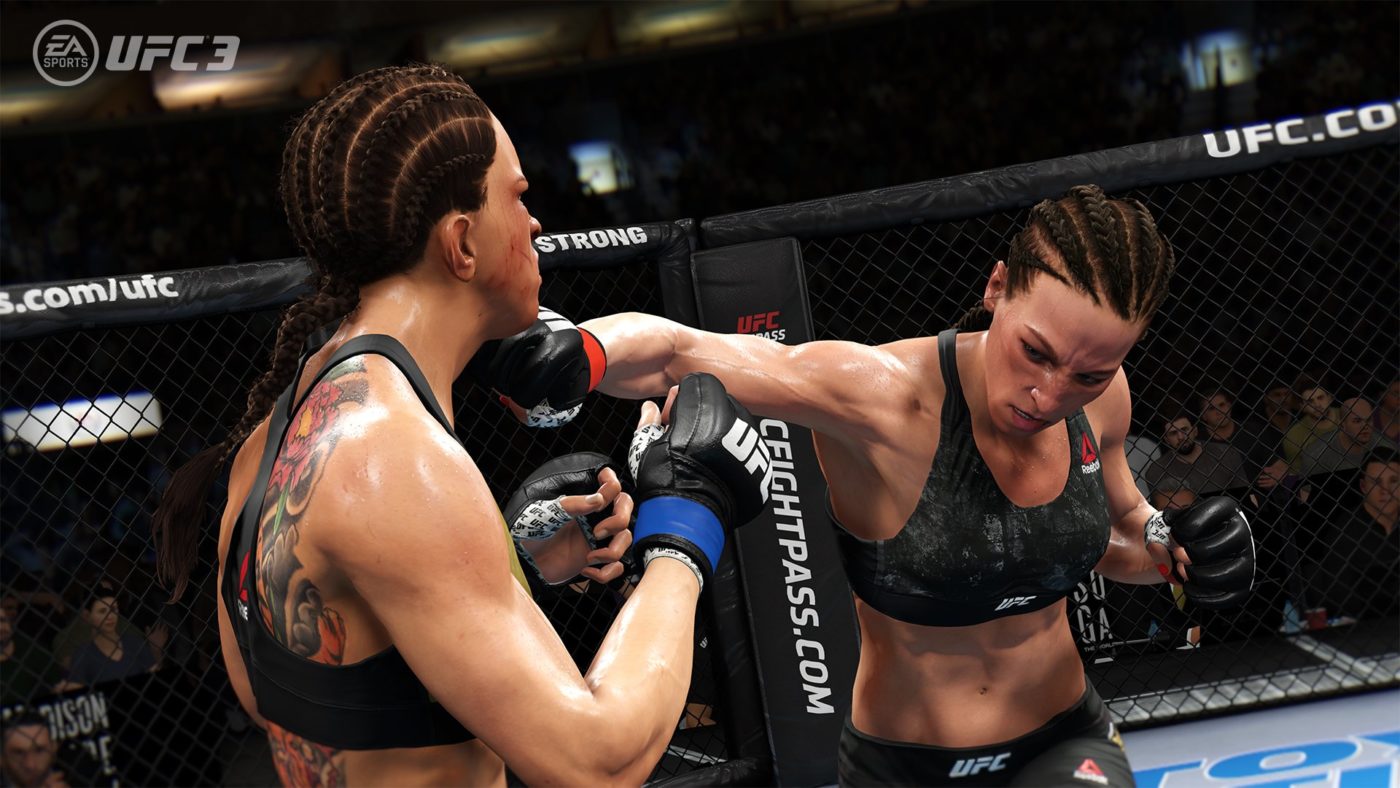 It’s time to get your EA Sports UFC 3 game face on, with the game now available on PS4 and Xbox One. The two big new features are “Real Player Motion Technology,” and the “G.O.A.T. Career mode.”

The game launches alongside a short, yet sweet, trailer, which can be seen below:

For more on the RPMT and G.O.A.T modes, here’s the official description of both new features:

Real Player Motion (RPM) Tech is a revolutionary new EA SPORTS animation technology that sets a new bar for motion and responsiveness in the best-looking – and now the best-feeling – EA SPORTS UFC game ever. With over 5,000 new animations captured and rebuilt from the ground up, players can now move, strike, and create seamless combinations in-game with the world’s best mixed martial arts athletes.

EA SPORTS UFC 3 also introduces the new G.O.A.T. Career Mode where – for the first time – the choices made throughout your career impact your path to greatness. Outside of fights, players will make promotional choices to build hype, gain fans, earn more cash through big contracts and capture
the world’s attention.

Will you be entering the fight and getting your EA Sports UFC 3 game face on? Let us know.