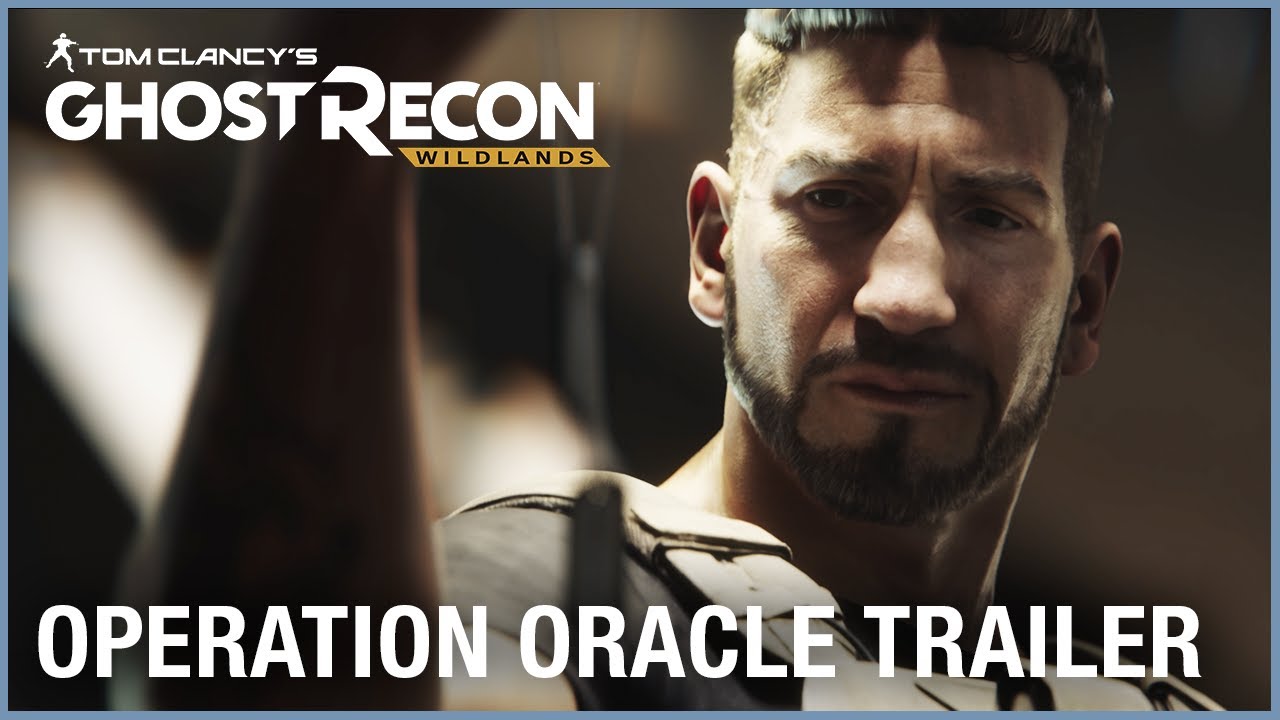 Continuing with the company’s excellent post-launch support of their games, Ubisoft has announced a new Ghost Recon Wildlands free DLC, and this one isn’t your usual map or weapon! In a press release, Ubisoft revealed that the Ghost Recon Wildlands new story DLC will be released this week called Operation Oracle!

Starring Jon Bernthal (The Walking Dead, Netflix’s The Punisher), this Ghost Recon Wildlands new story DLC will introduce a new narrative arc, which will be compromised of two free missions! It’ll be out on May 2 on the PS4, Xbox One, and PC. Watch the badass trailer below.

Playable in single-player or co-op, Operation Oracle sends the Ghosts on a rescue mission for a Skell Tech engineer taken hostage by Unidad. This typical rescue mission will soon turn into something much bigger. Forget what you know about your enemies and friends as you meet Cole D. Walker, a Ghost Team Leader on the hunt for truth.

While Ubisoft can’t connect this DLC to The Punisher property due to licensing issues, this could possibly be the closet thing we’ll get to a Punisher game for now.

Once the patch is live, we’ll be sure to let our readers know.