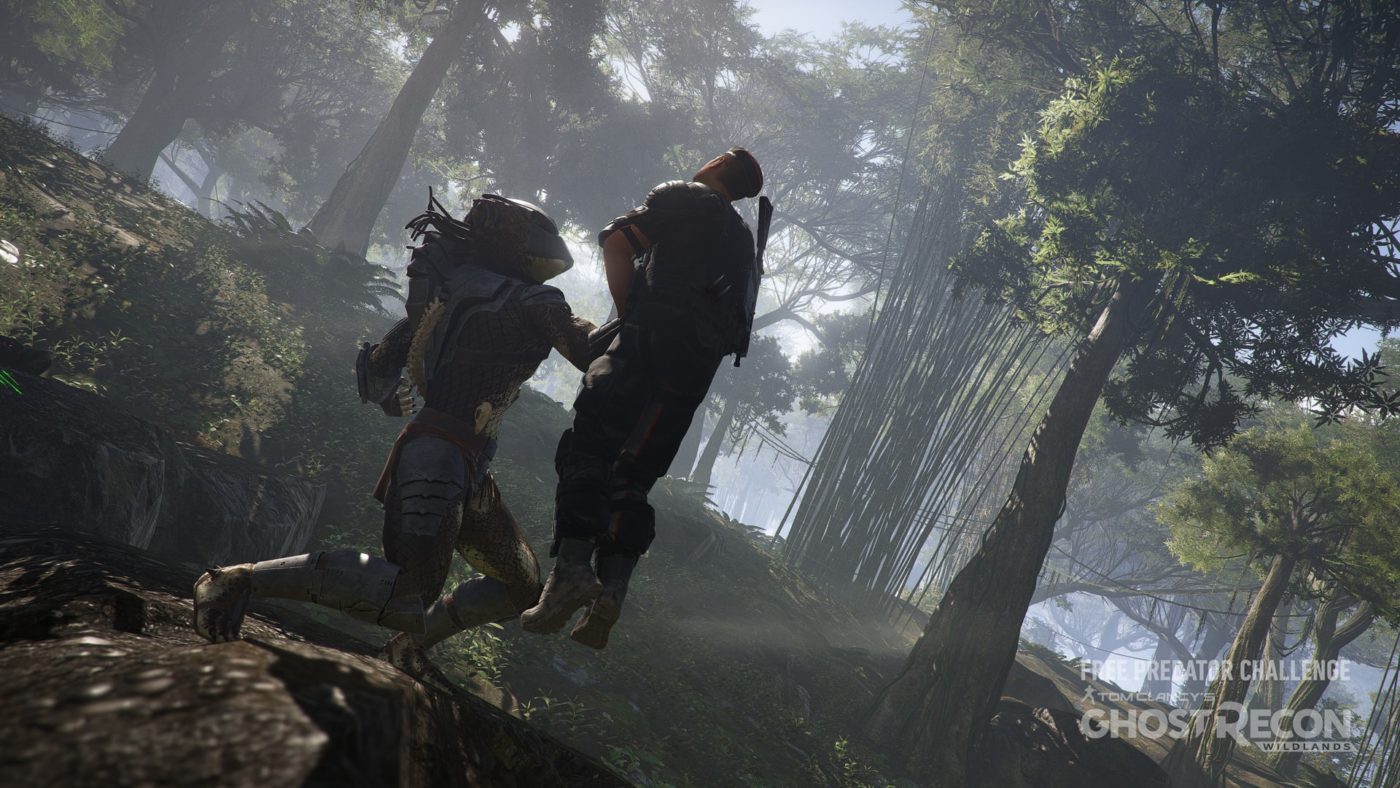 Ghost Recon PvP Mode to Have an Event Featuring the Predator! Watch the Trailer Now

In your “WTF” news of the day, Ubisoft has announced that the Predator — yes, the one in the movies — will be making its way to Ghost Recon Wildlands’ PvP mode, Ghost War! This free update is called “Jungle Storm,” and will launch tomorrow (December 14) with an exclusive Predator challenge, and a new Predator-inspired Ghost War class.

Partnering with FoxNet and celebrating the 30th anniversary of the original Predator movie, the Jungle Storm update will also add new gameplay updates and gear to the base game. Check out the trailer below to see this special event in action!

Starting December 14 until early January, all players of Tom Clancy’s Ghost Recon Wildlands will be able to face the Predator in the game’s ultimate hunt. This new Special Challenge is playable solo or in up to four-player co-op is the most difficult fight of all.

Upon defeating the Predator, players will be rewarded with exclusive items such as the Predator mask with a new, exclusive Predator vision. In addition to rewards for completing the challenge, players can further customize and arm their Ghosts with the Predator Pack, which includes 15 new customization items, weapons and an exclusive close combat move, to recreate some of the most memorable characters from the original movie.

The new Ghost War class inspired by main character Dutch from the original Predator movie will allow offensive players to engage in Battle Rage mode, a new alternative to create strategies and tactics on the PvP battleground. Ghost War players will be able to access the new class through the Ghost War Pass or the Season Pass, or by using their Prestige Points directly.

This is definitely a very weird, but very awesome addition by Ubisoft. I might just hop in to see how the Predator kick ass…or try to take him down, I guess.

Will any of you be jumping in to check out the Jungle Storm update tomorrow? Once the free update is out, we’ll be sure to let readers know, so keep your crosshairs locked in to MP1st.