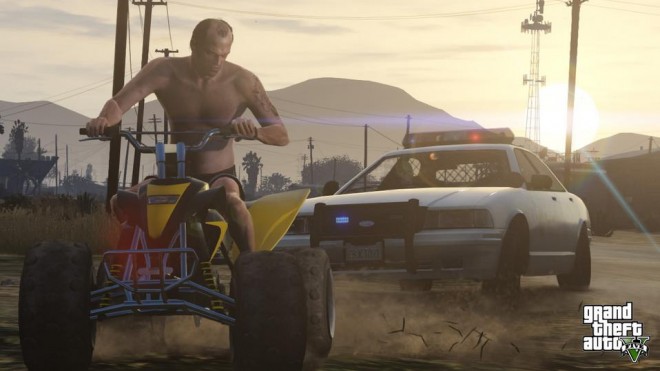 With Rockstar’s latest entry into their blockbuster sandbox series, Grand Theft Auto V, only a few weeks away from it’s highly anticipated release, the studio has revealed when they they will be ready to officially unveil the secretive ‘GTA Online’, which you can already catch a small glimpse of right here.

According to a recent Rockstar Newswire entry, we can expect more information about Grand Theft Auto V’s multiplayer, dubbed “GTA Online”, to be revealed in the coming month of August. But to satisfy our Grand Theft Auto needs, here are some images to hopefully keep you occupied until GTA Online is officially revealed.

Grand Theft Auto 5 is set to be released for the PlayStation 3 and Xbox 360 platforms on September 17.