by Jasmine Powell
in News, Title Updates and Patches

This nightmarish Adversary Mode marks one unlucky player for imminent death: when the timer runs out, they’re worm food. Their only hope is to pass the bad news onto somebody else, and the only way to do that is by sending them on a short trip to a shallow grave. Last man standing wins.

A brand new vehicle as also been added with this update. It is the Vigilante, described as “the ultimate instrument of vengeance.” The Vigilante comes standard with rocket propulsion technology and front-mounted machine guns, with a possible upgrade to missiles.

If you fancy giving this vehicle a run for its money, you can take part in the new Transform Race “Inferno.” You’ll be able to earn double GTA$ and RP through October 30, including all other Transform Races. 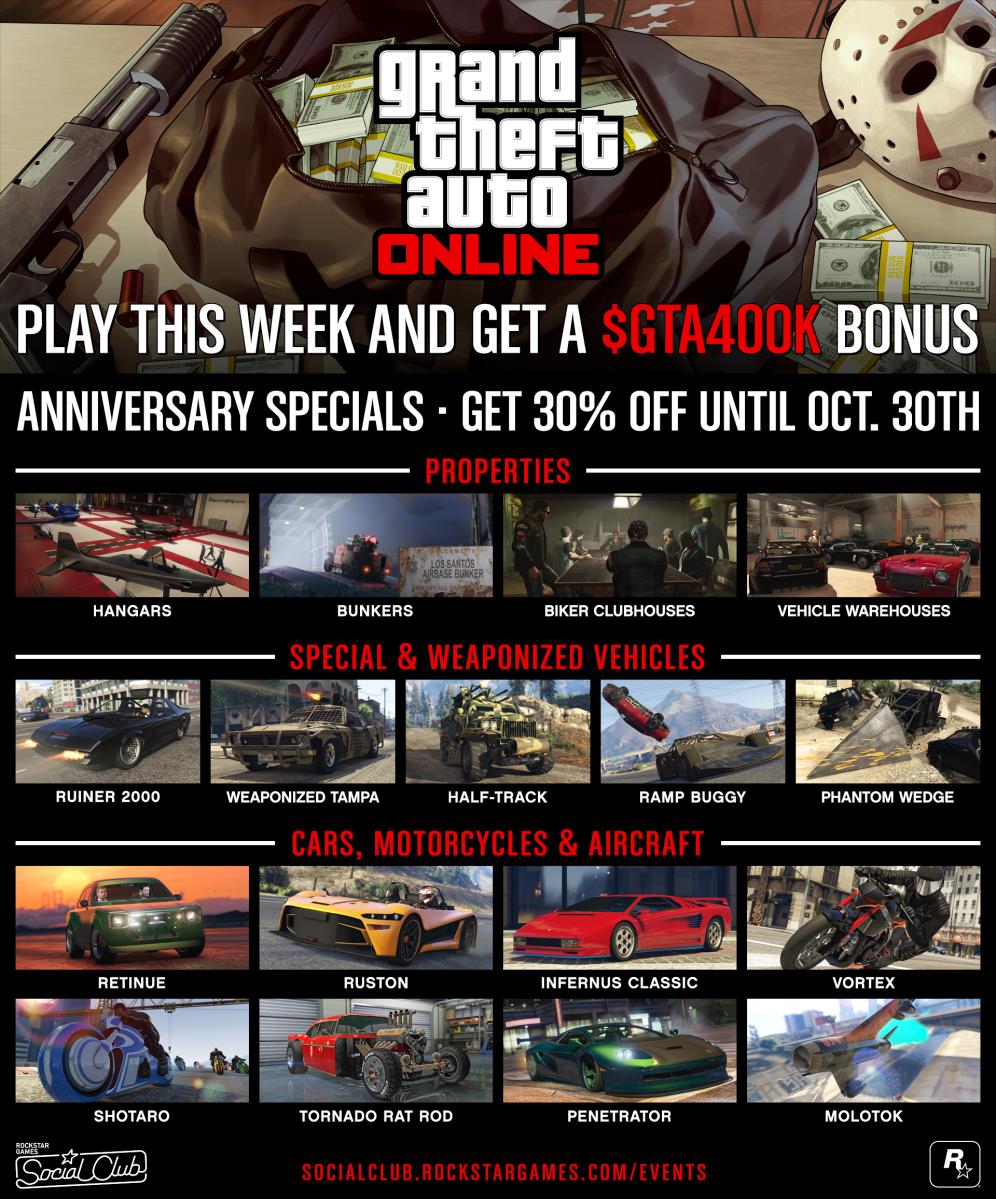 Up until October 31, players will also earn double GTA$ and RP when taking part in Smuggler’s Sell Missions. In addition to this, those logging into the game before November 6 will be granted a $400,000 bonus.

To celebrate the fourth anniversary of GTA Online, discounts have been added to various properties, weapons and vehicles within the game.

Find the full list of discounts, available through October 30, see below:

There’s a hell of a lot going down in GTA Online for Halloween and the four year anniversary!

In other Halloween news, a Dauntless update adds a spooky new event, Titanfall 2 has gotten some themed items and new gameplay tweaks, and Call of Duty: Black Ops III has a new scary camo for players.

Wargaming Shoots Down World of Tanks 2 Idea, States That Game Is More of a Service