The Last Team Standing Update opens up 10 new jobs in total, but most importantly, it adds a brand new set of options to Creator Mode, allowing players to create their own unique no-respawn game modes. The new options let players add rounds to Captures and Last Team Standing jobs and brings the new Forced Weapon settings into play. An in-depth guide on how to make your own LTS jobs can be found here. You can also get details on GTA Online’s 10 new jobs right here.

Along with the new jobs and game modes, The Last Team Standing Update offers new weapons like the Heavy Shotgun and Marksman Rifle, and includes new vehicles like the Shitzo Hakuchou sport bike, the LCC Innovation chopper, or the Lampadati Furore GT. There are also new masks, tops, pants, bulletproof helmets, and more to choose from.

Meanwhile, Patch 1.17 has introduced a host of new matchmaking improvements. You can find all the details below in the official patch notes.

Also be sure to check out this weekend’s The Last Team Standing Event, starting today. You’ll find all the specifics right here. 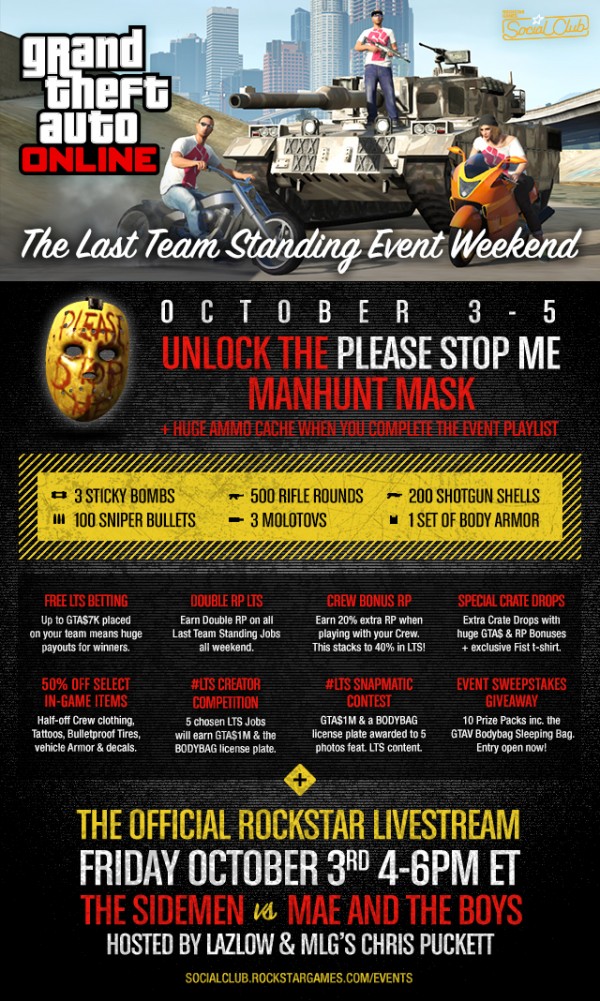