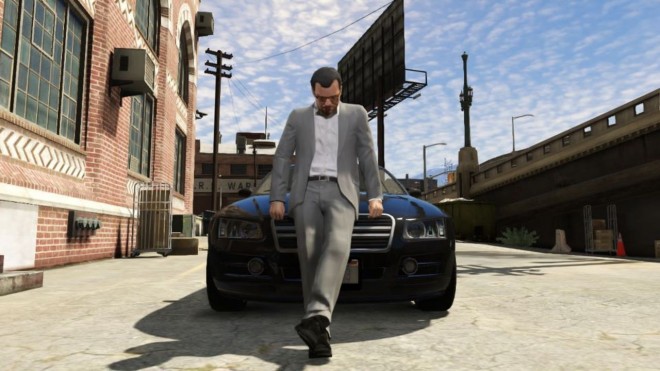 After hinting just last week, Rockstar games has announced today that the debut premier of GTA V gameplay will being airing tomorrow at 10 AM Eastern Time.

Rockstar has been releasing trailers throughout the whole year, but none of them were actual in-game gameplay, but rather scripted sequences that we can expect to see in the cut scenes. Besides the press, no one knows what exactly to expect though it may be possible that this gameplay reveal may be also a multiplayer reveal as they also said last week that they would be giving details about Grand Theft Auto Online “soon”.

Stay tune for tomorrow as we’ll have the gameplay up and posted as soon as it releases.