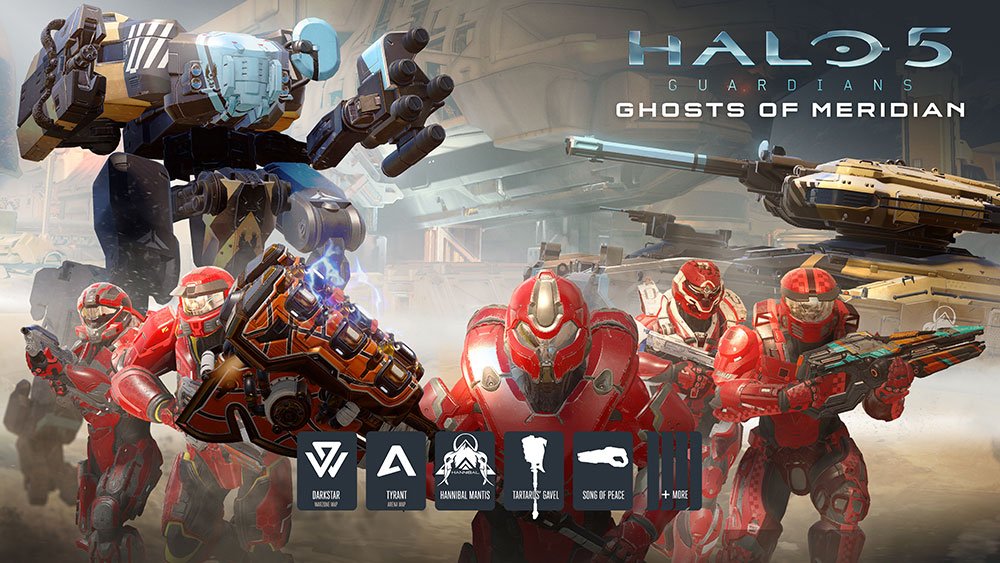 Halo 5: Guardians’ latest major content update is now available to download from Xbox Live. Ghosts of Meridian is 343 Industries’ fifth free multiplayer expansion to the game that once again adds new maps and new REQs to the mix.

The studio held its live stream reveal earlier today, which you can re-watch in full at the bottom of this post, if you feel so inclined. What you probably want to get to right away, however, are the patch notes. So, here they are:

You might also be interested in 343’s most recent announcement that Warzone Firefight is going into beta testing later this month. From April 14 to 18, all Halo 5 players will be able to participate in the Warzone Firefight Beta, which takes place over 8-player matches on the map Escape from A.R.C.

You can catch the teaser in the Ghosts of Meridian launch trailer above. If you missed yesterday’s news, Firefight isn’t the only popular game mode returning to Halo. Infection will also arrive alongside the Memories of Reach update later this year. Here’s the teaser trailer.

As for today, the Ghosts of Meridian update is just over 8GB, so get downloadin’!