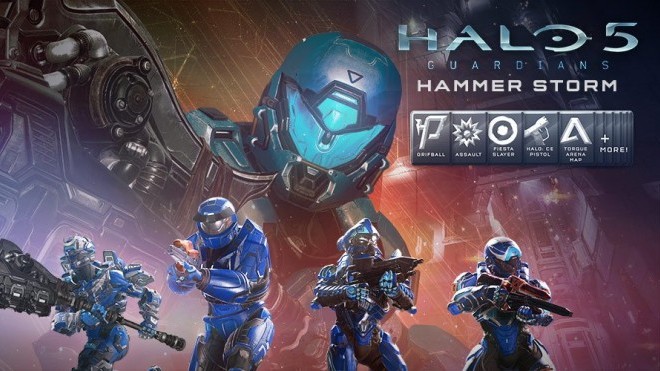 The fourth major content update for Halo 5: Guardians is upon us. Once again, it’s free for all owners of the game and introduces a slew of new game modes, weapons, REQ items, and more.

Hammer Storm’s key highlights include three new game modes: Grifball, Assault, and Fiesta. Yes, that means the Gravity Hamer returns in all of its glory, along with the game mode’s own custom-built arena. Another returning classic is the Halo: CE pistol that players can use in Warzone and Forge. The new map, Torque, is a large symmetrical arena that provides a great battleground for Capture the Flag and Assault game modes. Forge is new and improved with the ability to create new ball game modes like Oddball and Ricochet. Lastly, the hunt for new REQs is on with the possibility to earn new attachments for loadout weapons, weapon skins, armors, emblems, assassinations, visors, and stances.

There’s much more, so get to reading the official patch notes below: