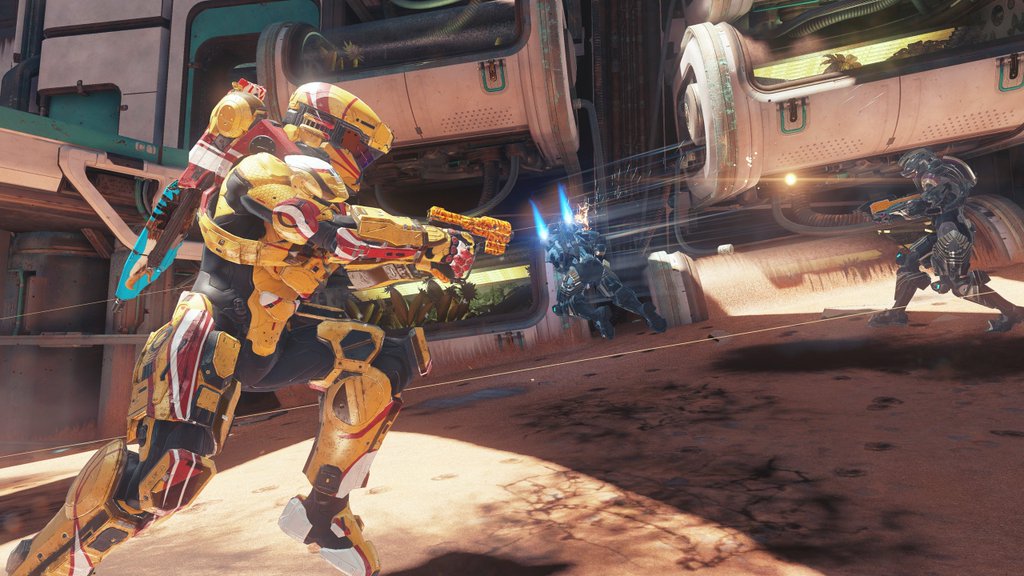 Halo 5: Guardian‘s monthly content drops keep on rollin’ out with the latest package having just arrived this morning.

Infinity’s Armory is the third major update that developer 343 Industries is offering to all Halo 5 owners for free. Like the previous updates, it includes one new Arena map, one new Warzone map, new armor sets, new weapons, and a ton of new REQs. A lot of what’s new was revealed in last week’s update, but having officially launched on Xbox One today, 343 is now able to get into the nitty-gritty with more detailed patch notes.

Here is all 3.3 GB-worth of what’s changed in Halo 5: Guardians.