While DICE hasn’t been in a sharing mood when it comes to Battlefield V info, that hasn’t stopped fans from mining the trailers we have of the shooter so far. Thankfully, the latest gameplay video released has its fair share of infantry combat, as we now have a list of the confirmed Battlefield V weapons so far.

Thanks to Reddit user Zombierus, we now have a preliminary list of the weapons confirmed to be usable in Battlefield V. Bear in mind that this isn’t the complete list — though even just the ones shown, it’s still a considerable lot. 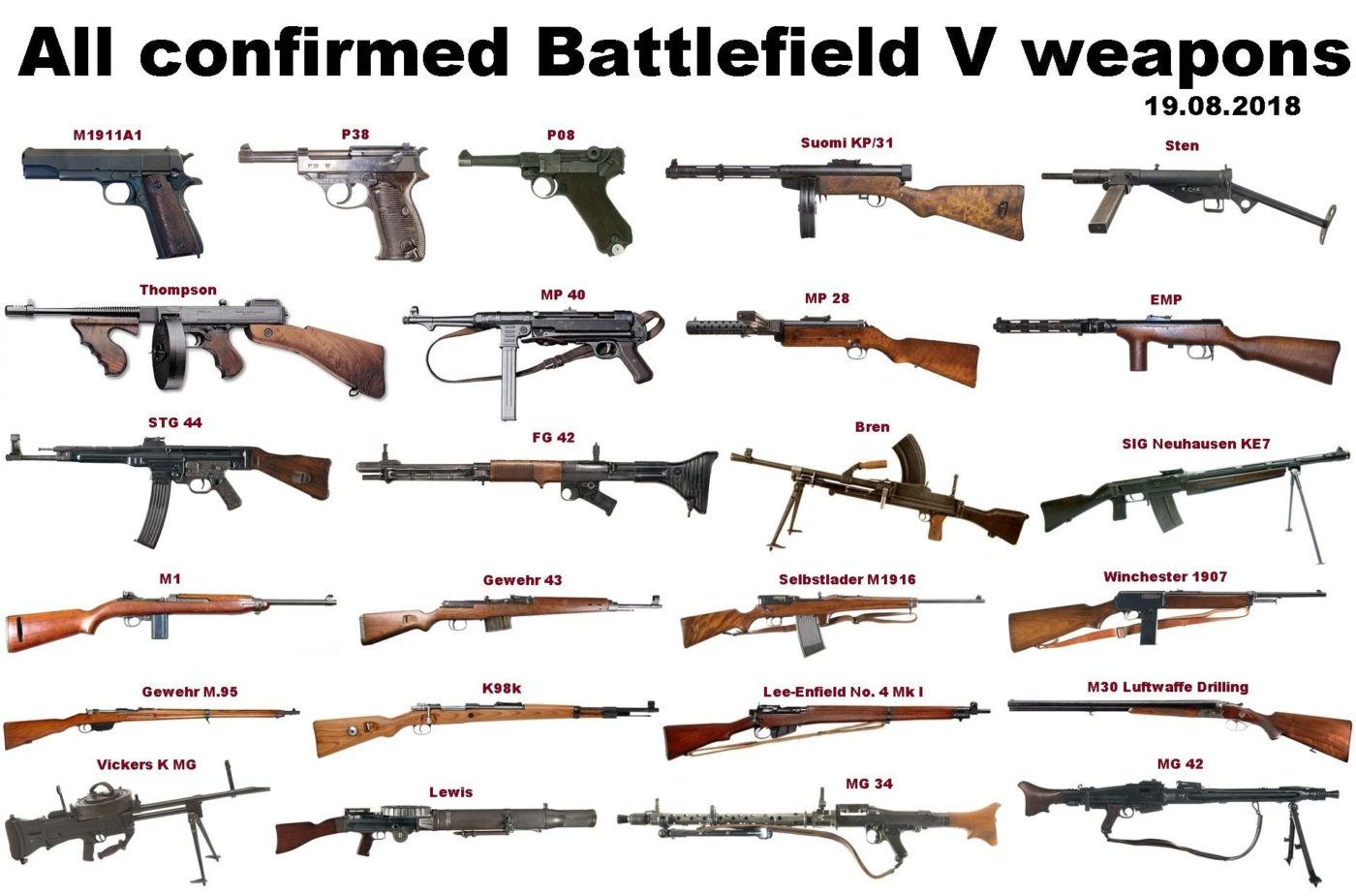 Again, it bears repeating that this isn’t the full confirmed list. There’s a very big possibility that there are more weapons to unlock in the final game. And there’s also the equipment, and weapon skins and more. So progression fans will have a ton of stuff to unlock.

In other BFV news, DICE has confirmed that vehicle customization will be available to players post-launch. Also of note, analyst firm Cowen, has mentioned that pre-order sales for the shooter have been “weak.”