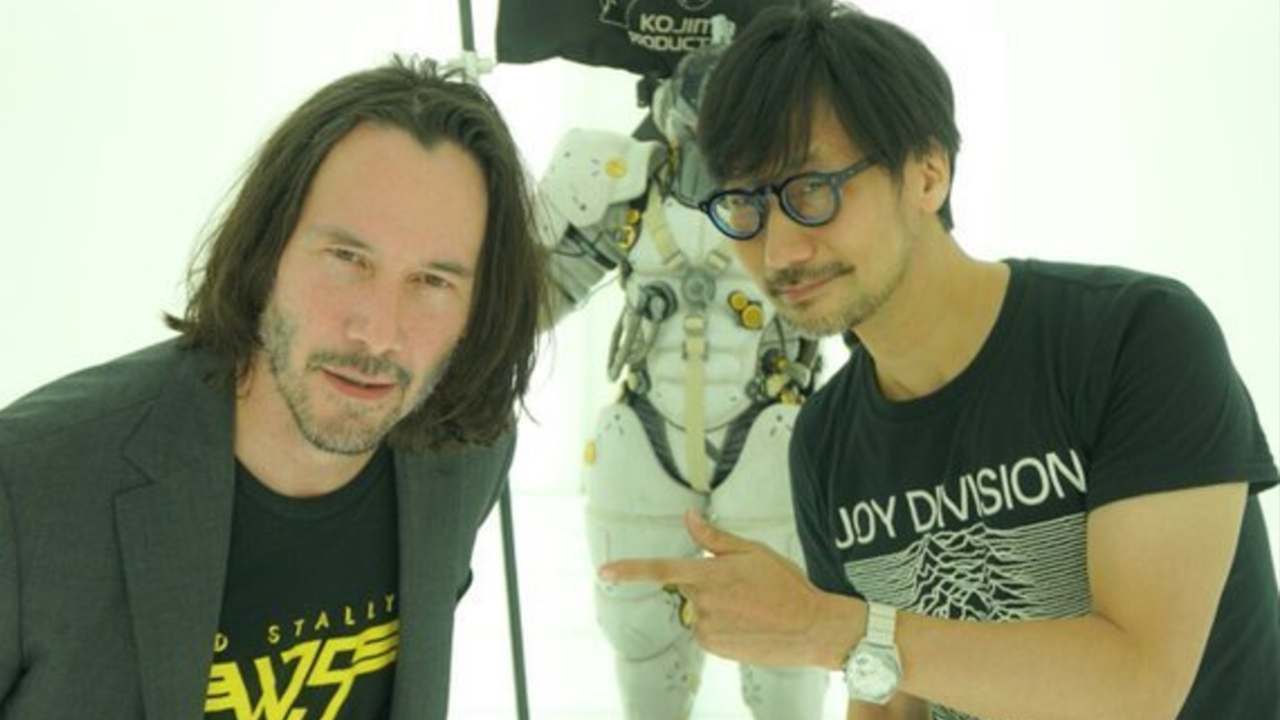 It’s no surprise that Metal Gear Solid and Death Stranding game creator, Hideo Kojima has always wanted to make his titles feature big Hollywood movie stars. With Metal Gear he based the main character, Snake on that of Kurt Russell’s Snake Plissken character from Escape from New York. He eventually ended up getting Kiefer Sutherland to provide facial capture and voice work for Big Boss in Metal Gear Solid V, and of course his upcoming title Death Stranding is jam packed with high profile movie stars such as Death Stranding antagonist, Mads Mikkelsen (Hannibal). While we’ve known that Keanu Reeves was at one point considered to be in Death Stranding, Kojima has recently shed some light on the subject explaining why it didn’t happen though is still open to the idea of working with the actor.

In a recent interview done by GamesSpot, Kojima discusses the genre he is calling “Social Stranding” along with various things such as the future of the series. He closes off the interview by answering a question related to the recent news that came to light that he had Keanu Reeves as an option to be in Death Stranding.

“Keanu is a great guy. I have a close friend, Nicolas Refn, he introduced me to Mads (Mads Mikkelsen) and I made an offer to Mads to be in the game. I went to Denmark and talked to Nicolas again before I gave the offer to Mads, and I said I met Mads a couple of times but I really wanted to reconfirm with Nicolas that I really should work with Mads. Nicolas said, “I made Mads grow. He’s great, but the best guy is Keanu,” and he was doing Neon Demon at that time. So he was trying to persuade me to use Keanu, and I thought maybe I will change from Mads to Keanu.” Kojima continues, “But I did write the character for Mads, imagining him, so I am very happy that I offered it to Mads in the end.”

This certainly is a contrast to what happens a lot of time in the film industry itself, as often times parts are written for specific actors only for studio not being able to hire them due to money, time, or they simply aren’t interested in the role. It doesn’t seem like there’s any hard feelings between Kojima and Keanu as we already know they have spent some time together, and Kojima has commented in the same interview that he would definitely be interested in working with the actor on other projects, be it another game or perhaps a film.

“Keanu is a great guy, and in the future it would be great if we could work together. It could be a game, or maybe a movie or TV I might work on, so maybe next time. But I want to say Mads is really great. When I met Keanu, I was shocked that he was so polite; a real good guy. Were are only one year apart in age, so the appreciation towards a lot of things are similar, I think. So in the future, I would like to offer something to Keanu.”

In other Death Stranding news, the game’s launch trailer has just been teased, which means the game might be going gold soon.

Borderlands 3 Xbox One Shutdown Bug Still Happening, No Official Comment From Gearbox Yet