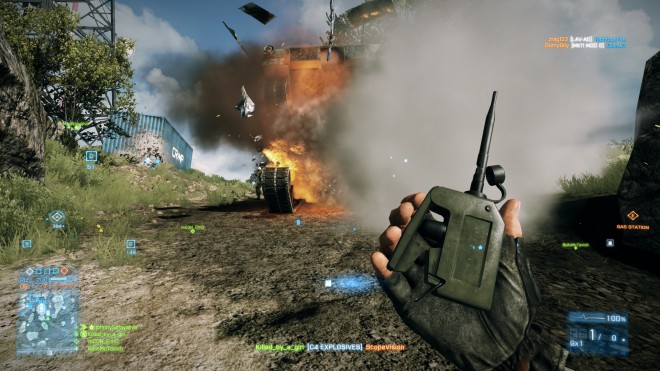 Getting a C4 kill is quite a satisfying feat in itself in the world of Battlefield. But apparently, its just not satisfying enough for one Battlefield 3 player in particular.

On the PC, Redditor Thedr001 has cleverly retrofitted a few pieces of hardware together in order to muster up this real life C4 detonator (sort of) that you see in the image below. 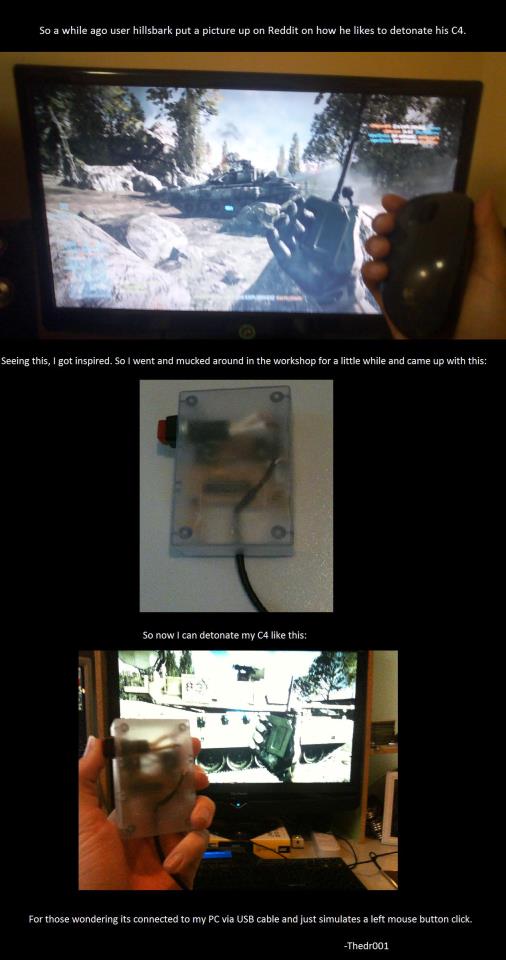 We know this guy will enjoy blasting fools in Battlefield 3 with a satisfaction unachievable by a mouse and keyboard. Lucky for him, he’ll have plenty to blow up in the upcoming Armored Kill expansion pack.

Would you buy an accessory like this if it ever became mass-produced?

Fortnite To Be Powered by Unreal Engine 4, Will Ship “Exclusively For PC”