How Will the Brotherhood of Steel Fit Into Fallout 76?

With the announcement of the 2020 roadmap for Fallout 76 came confirmation that the Brotherhood of Steel will be coming to the game. Now that Wastelanders has paved the way for human NPCs, it only makes logical sense for the most iconic army in the franchise to finally wade in.

However, even since the launch of Fallout 76 there has been mention of the Brotherhood of Steel, and there are many easier things to do than try to repcon lore for this universe in particular, like buying Caps for Fallout 76.

Bethesda has attempted to justify the group’s presence in the area in the past, but now it seems like they’re going to go one step further and just put them in there. But how will the Brotherhood of Steel fit into Fallout 76? Well, based on what Bethesda has said in the past, and the lore of the franchise, we can put together a rough timeline to work out just how the Brotherhood of Steel could be in West Virginia at a much earlier point in Fallout history.

Back to the beginning 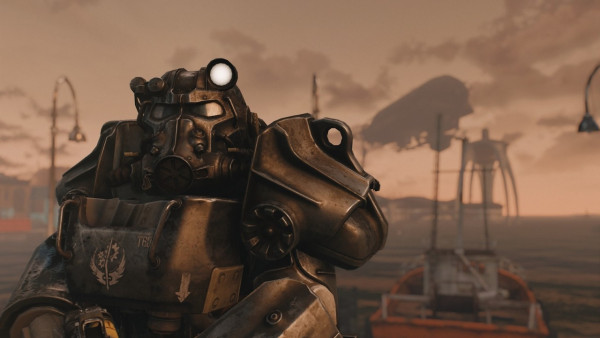 The Brotherhood of Steel began on the West Coast of the US, specifically in California in the Mariposa Military Base. Prior to becoming the Brotherhood of Steel, they were just a group of soldiers who were led by Roger Maxson, acting as guards for the base. Interestingly, scientists at the base were experimenting with the FEV virus, the one that makes Super Mutants.

At some point, Maxson realised that military prisoners were being used as test subjects by the scientists. Needless to say, he was not okay with this, and led a rebellion that saw almost all of the scientists at the base killed. This direct disobeying of military orders is at the heart of the Brotherhood of Steel wherever you find them, and the only reason that they got away with it is because the bombs dropped just after the rebellion was done. Shortly after this, Maxson moves over to Lost Hills, which is quickly established as the West Coast HQ for the Brotherhood of Steel.

In West Virginia, where Fallout 76 is set, while all of this is happening, there is no Brotherhood of Steel. So how does the group even get a foothold in the area? Well, what West Virginia did have prior to the bombs dropping was a small camp of soldiers known as Taggerdy’s Thunder. These soldiers were simply stationed in the area between deployments, and all they had to do all day was run war games with other soldiers in the area. 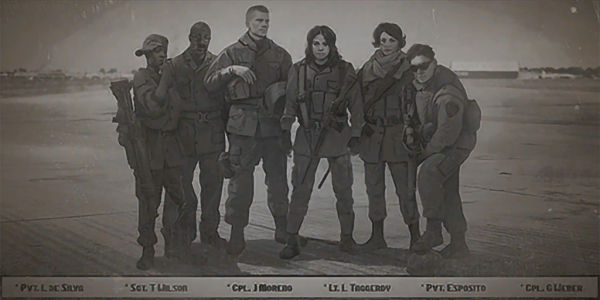 When the bombs dropped on the US, Taggerdy’s Thunder found themselves completely isolated. They have no direction from military higher ups, so they jumped on the radio and searched for any sort of military authority so that they could get some orders, and get to work.

While on the radio, who does the group find but Roger Maxson. Now, Maxson was actually reaching out for anyone in Appalachia for a reason, but we’ll circle back to this in a moment. Over the course of the radio conversations, Maxson and the leader of Taggerdy’s Thunder, Elizabeth Taggerdy, figure out that they actually know each other. Having both served in the military for some time, it’s not hard to see this as plausible.

Of course, when Taggerdy finds out that Maxson disobeyed direct orders, she questions it. However, one way or another, she comes to accept what Maxson has done. Given that the military has basically been wiped out, she doesn’t have much of a choice.

From here, Taggerdy’s Thunder move into Camp Venture, an old survival training camp. You can come across the camp, and relics of the group, whilst playing and exploring in Fallout 76. When they were based here, the group began recruiting the soldiers in the local area who were also looking for some sort of overall leadership. After a while, Taggerdy’s Thunder were invited, by Maxson himself, to join the Brotherhood of Steel. 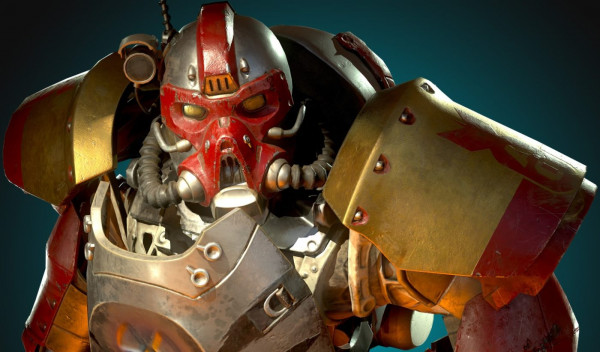 Maxson placed a lot of trust in Taggerdy, and as a result, the Appalachian Brotherhood of Steel were basically autonomous from the main group. Unfortunately for the other groups in Appalachia, Taggerdy was extremely military focused, and didn’t get along with, or want to help, the other factions you find in Fallout 76.

However, the Appalachian Brotherhood of Steel did help in the fight against the Super Mutants, and at one point they went out exploring to gather as much old tech as possible. This became an ideology of the main group early on, so it would make sense for this splinter group to do the same, once they’d been given orders.

Once the group grew too big, having absorbed a good chunk of the remaining humans in the area into their ranks, they were forced to move from Camp Venture to Fort Defiance. This new location is much bigger, and you can also find it while exploring the world of Fallout 76. 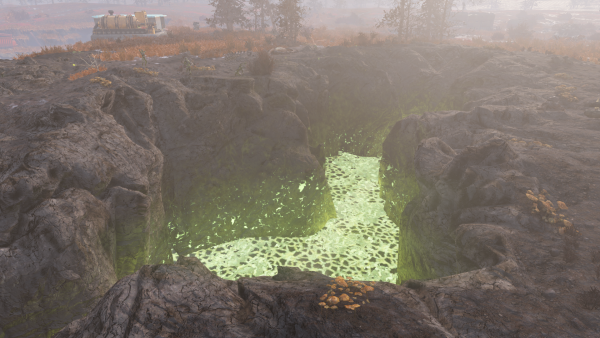 Whilst the group had the weapons to scare off the Scorchbeasts, they recognised them as a significant threat. Taggerdy actually communicated with the main group, and Maxson, explaining that the Scorchbeasts should be branded as an extinction level threat to humanity.

From this point, the West Coast Brotherhood of Steel did what they could to help the Appalachian group fight against the Scorchbeasts. They didn’t send troops, but they did work on ideas for weaponry, technology that might be able to fight the Scorchbeasts, and even sent supplies over.

Whilst the resources supplied by the West Coast Brotherhood of Steel helped, they weren’t helping enough, and that was communicated by Taggerdy. With the only more powerful weapons at the Appalachian Brotherhood of Steel’s disposal being nuclear bombs, Taggerdy wanted to give them a try. This is what players do in Fallout 76, and it does provide a temporary fix to the Fissure Sites.

However, Maxson didn’t want Taggerdy to use the bombs, and urged her to use anything else. With both leaders coming to a head on the directions they wanted to push the fight, communication broke down and eventually ended. 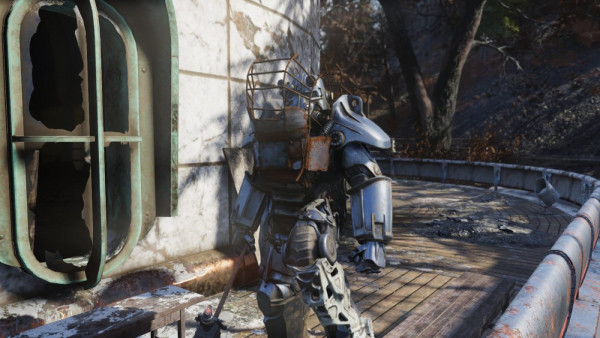 Before setting off the nukes, the Appalachian Brotherhood of Steel gave one last plan a try. They entered the lair of the Scorchbeasts, in a mission called Operation Touchdown. The idea was to finish off all of the Scorchbeasts once and for all, where they lived, and it worked to a degree.

Following the mission, no new Scorchbeasts emerged for about one week, but then new ones began to appear. That is sort of the end of the Appalachian Brotherhood of Steel. There are other bits and pieces of lore that suggest that some may have lived on after the mission, but everything points to the last few soldiers simply dying in epic one on one battles with one or two Scorchbeasts. Either that, or they left to recoup and get ready for their big return.

With the Wastelanders expansion, there was one Brotherhood of Steel NPC added to the game. Their name is Jonah Ito, and they’re pretty useless. It seems as though they’re in the area in order to find the Appalachian Brotherhood of Steel, and don’t know anything more about them than you could find out for yourself. 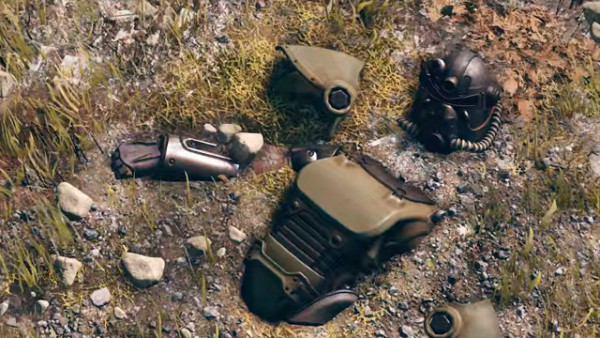 When they were asked about the Brotherhood of Steel and Fallout 76, Bethesda replied by describing how the group were now watching the Appalachian Wasteland very closely. This could mean nothing, or it could relate to why Roger Maxson was seeking out anyone he could in Appalachia through the radio. 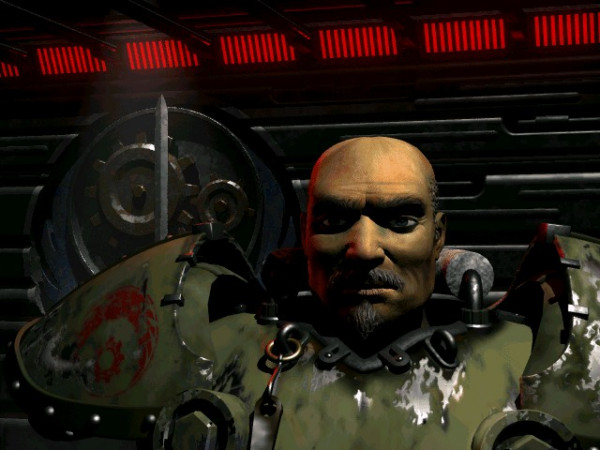 There are a couple of possibilities for Maxon’s interest in the area. First, he could have been trying to secure the nuclear silos, since that fits in with the group’s ideologies. Maxson may also have been trying to find out where the FEV research in Appalachia was taking place, in an attempt to formulate a plan to stop it. The group was born by stopping the experimentation in the first place, so it would make sense that they’d want to see it end everywhere.

It’s also just possible that Maxson was interested in the White Springs Bunker, which was home to the Enclave in Fallout 76, and designed to hold members of the government, much like Lost Hills, where he moves the Brotherhood of Steel to.

Of course, the most likely reason for the Brotherhood of Steel to be watching, and come over to, Appalachia, is the Appalachian Brotherhood of Steel. As far as Maxson knows, the group is still fighting against the Scorchbeasts, and if they’ve lost, someone still needs to deal with them. The group could be coming to West Virginia to try to finish the job, and then find out that some Vault Dwellers actually did all of their work for them. Still, in Fallout 76, it has been 20 years since Maxson last communicated with Taggerdy, so it would stand to reason that a group of soldiers would be sent over.

Unlike the later leaders we see in the Brotherhood of Steel, Maxson was concerned about gathering technology in order to help and protect those who have survived the bombs dropping. Given this mindset, it would make sense that he would send as many soldiers as he could to Appalachia in order to prevent an extinction level event, which the Scorchbeasts certainly are.

So now we have all of that backstory out of the way, how will the Brotherhood of Steel fit into Fallout 76? 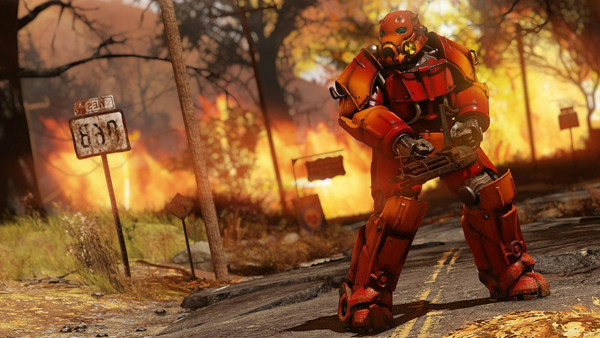 Well, the most likely solution is a return of the surviving members of Taggerdy’s Thunder, who became the Appalachian Brotherhood of Steel. These guys may have survived the initial onslaught against the Scorchbeasts, and fled the area in order to regroup. They could also have been recruiting new soldiers from the area, as they were recruited themselves, which would bolster their numbers.

It’s possible that as part of the questline for the Appalachian Brotherhood of Steel, players will be indoctrinated into the group. This would fit thematically because every other faction also has a quest that sees players join them. Overall, this would lead to an army of Vault Dwellers becoming soldiers for the cause, who will then be able to fight against the Scorchbeasts.

It’s possible that a group of soldiers could trek across the country to meet the Scorchbeast threat in Appalachia, but I think that it’s far more likely that this will be a re-establishment of the Appalachian Brotherhood of Steel. With Wastlanders adding human NPCs, there are plenty of people in the area to become soldiers, so it makes much more sense.

What do you think about this idea for how Bethesda will bring the Brotherhood of Steel to Fallout 76? Let us know in the comments.