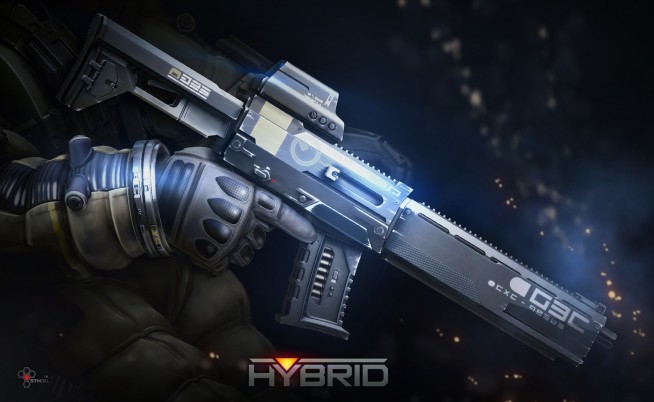 Hybrid is a pioneering multiplayer third-person shooter set in a devastated post-apocalyptic world, giving players a completely new gameplay experience never seen before in the genre. Developed and published by 5th Cell, this XBLA giant will see a release later in the summer of 2012.

The final product will boast 10 different maps and modes, 60 frames per second at 720p, tons of weapons and abilities with intense 3 vs 3 air and ground warfare. The beta is set to begin on Thursday, April 27th. Be sure to check out what Hybrid is all about with it’s official trailer and get more info on the official website.

To enter, all you need to do is answer this question: What five features do you think would make the best multiplayer shooter? The winners with the best responses will receive the codes. We have 3 total codes to give out which you’ll need to enter under “Redeem Code” which can be found in the XBL Marketplace through your dashboard. Be sure to log in and comment with either your Twitter, Facebook or Google account so we can contact you in order to receive your download code!

Hailing from beautiful Pittsburgh PA, Shawn has spent most of his 25 years playing video games. The original Killzone on PlayStation 2 captured his love for competitive multiplayer experiences and has thrived on that ever since. Now I live, breathe and eat multiplayer madness with the guys and gals of Lucky Strike.
News 5th Cell, Featured, Hybrid, Multiplayer, XBLA, Xbox
view related posts
HOT MULTIPLAYER GAMES
& UPCOMING RELEASES