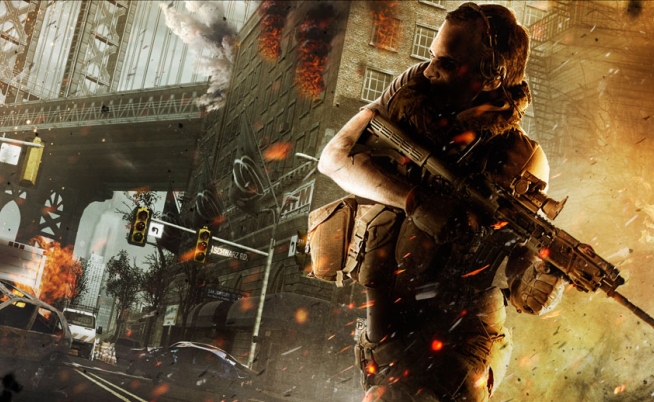 Infinity Ward’s Community Coordinator, Candice Capen, has announced that Face Off will be receiving some attention in the terms of new games modes featured alongside the standard Team Deathmatch and Kill Confirmed set-up on the 2v2 and 3v3 playlists.

A few days ago, base playlists were also put to a poll which currently has ‘Snipers only/No Snipers’ and ‘MLG Rules/Competitive mode’ leading the pack.

Capen recently fielded out a poll on the Community section of the MW3 official website, asking for the general public to vote for a game mode they would like to see in the Face Off playlists. She comments that they’re “looking to change which game mode we have included for 2 v 2 & 3 v 3 every week or so” in order to vary the gameplay experience, and wants the community to “play the different modes on your favorite Face Off maps”.

Capture the Flag featured in the playlists at the weekend and was removed Monday morning to make way for different game modes which will appear every weekend. IW Executive Producer, Mark Rubin, was responding to tweets at the end of last week and the weekend describing the possibility of different game modes, and mentioned that “Faceoff has been a huge hit [in terms of numbers playing at one time]” while acknowledging that Face Off and Capture the Flag isn’t quite as well received as Infinity Ward make it out. “Not everyone is going to like the same thing,” he mentions, but goes on to to add that they are “rotating out modes” for future dates.

The game modes in the poll vary from Core Domination and Search & Destroy, to Hardcore Free For All and Capture the Flag – with Domination and Search & Destroy leading.  The most popular game mode will make its introduction first, while runner-up game modes will be available a few weeks down the line – whether or not certain game modes will be made permanent is uncertain at this time.  Check out the full list below, and remember to vote for your favourite game mode – and tell us in the comments section which one you voted for (vote here)!