Enjoying Battlefield V so far? While the game is barely a week out on PC, and Xbox One, DICE has a few ideas already in terms of weapon tuning. Over on Twitter, Core Gameplay Designer Florian Le Bihan outlined some of the initial weapon changes coming, and to possibly no one’s surprise, the KE7 is getting tweaked! 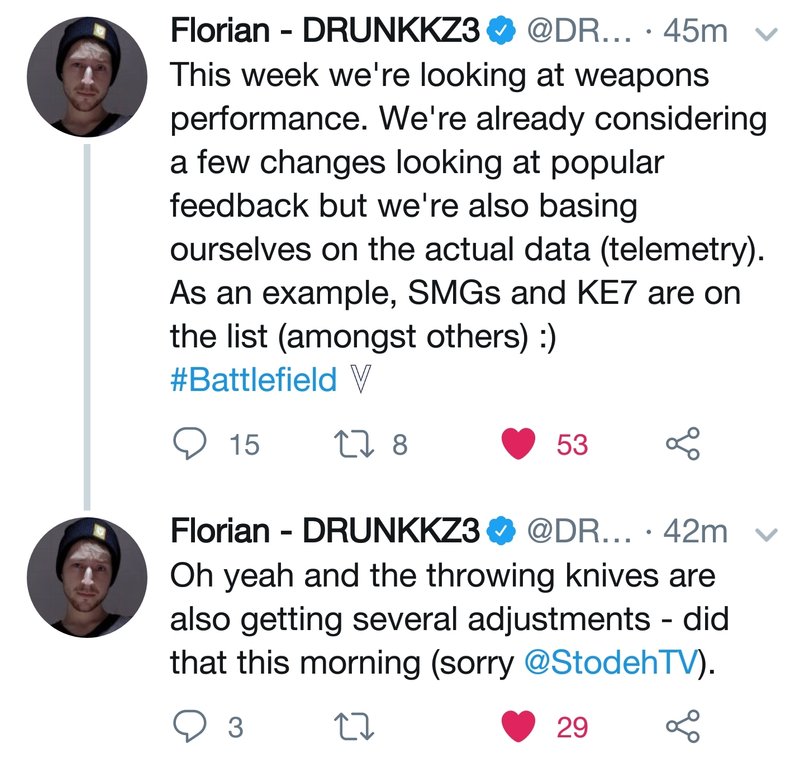 If you’re one of the people who hate being killed by the KE7 due to the gun not having any recoil, rejoice. While DICE didn’t say it, you can bet that a nerf is incoming. It’s not known whether this coming week’s game update that coincides with the Deluxe Edition’s release will house the weapon tuning pass. Once we know more details, we’ll let our readers know.

In other Battlefield V news, DICE has teased a Battlefield V app, as well as confirmed some quality of life changes coming soon. Don’t forget to read our review of DICE’s latest shooter as well to see what we think of it.

Which guns should get the nerf hammer in Battlefield V? Sound off in the comments.

Fallout 76 Trophies & Achievements Revealed, 51 Total and None Are Hidden