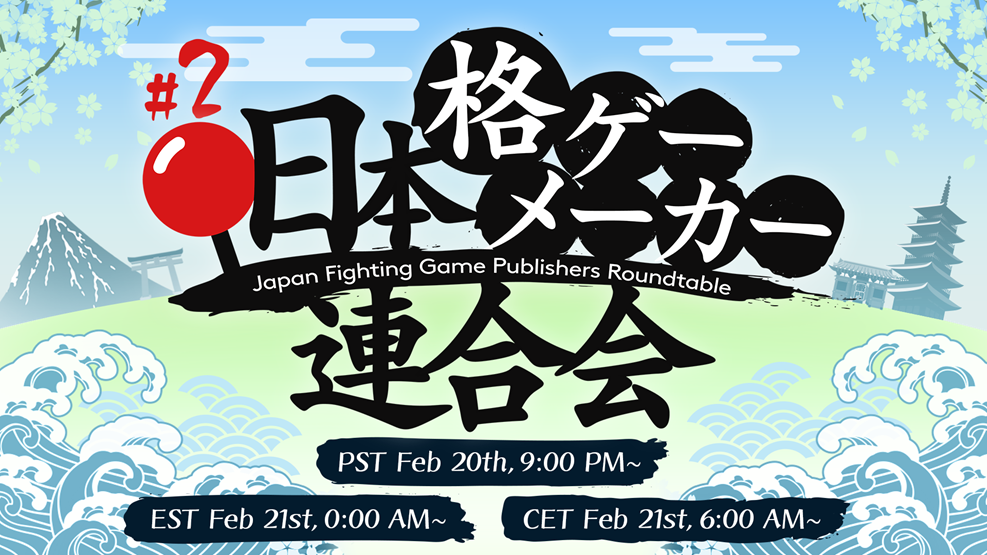 After a successful inaugural event in the middle of last year where the best and brightest minds in the fighting game industry gathered together to discuss the latest on the genre today, the Japan Fighting Game Publishers Roundtable online event by Bandai Namco returns for second round — and it’s set for streaming this coming February 21 on Twitch.

Here’s the announcement from the official Bandai Namco Twitter page.

The Japan Fighting Game Publisher Roundtable is back!

And for the details, here’s the overview of what to expect from the event itself.

Mark your calendars today to join us for a night of fun-filled conversation with your favorite fighting game developers on Saturday, February 20th at 9:00pm PST at: https://www.twitch.tv/bandainamcous.

We wrote about the first Japanese Fighting Game Publishers Roundtable last year. Here’s hoping we get more exciting news on the rest of the fighting game genre after this week’s SFV Winter Update.