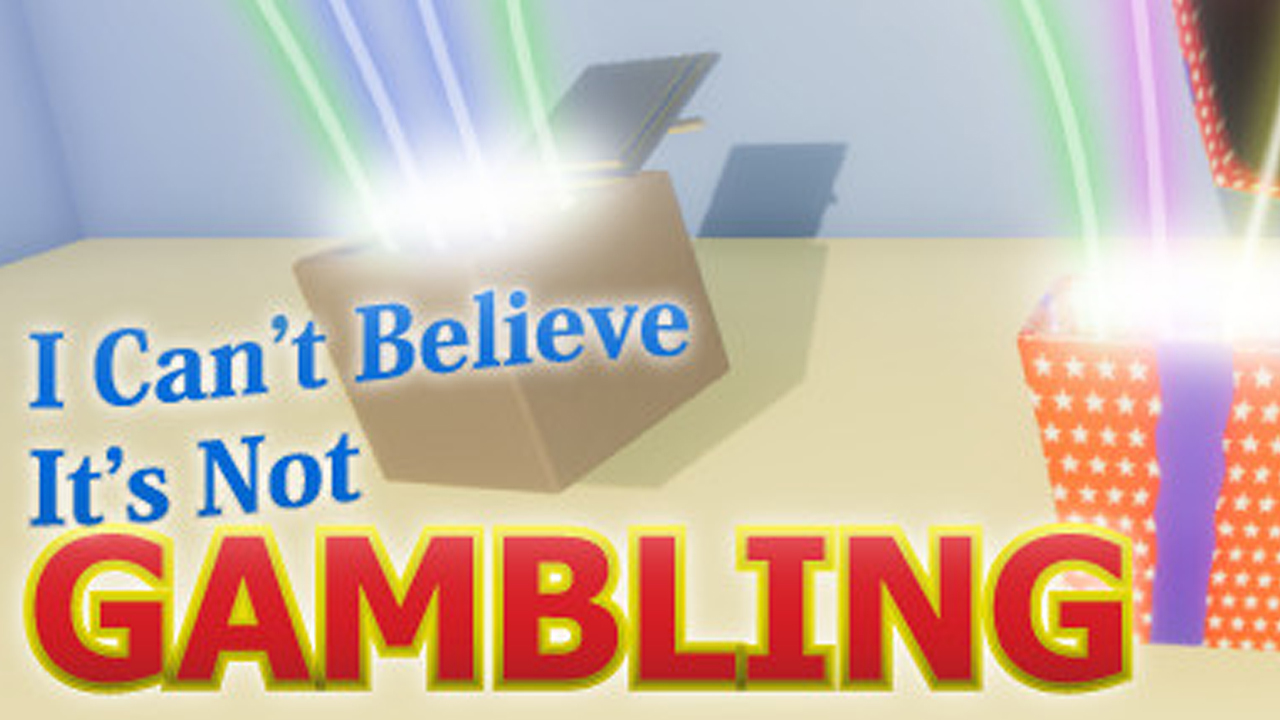 I Can’t Believe It’s Not Gambling is a loot box game intended “purely for parody.” It pokes fun at the latest paid loot box craze, while not actually including any microtransactions of its own.

What kind of gameplay can you expect from I Can’t Believe It’s Not Gambling? Well, you open lots and lots of loot boxes!

We here at Mutant Studios feel like this whole loot box craze hasn’t gone far enough… To remedy this, we present: I Can’t Believe It’s Not Gambling!

The entire game is just opening Loot Boxes! Why? To unlock better loot boxes of course! Loot boxes are a great way to show progression, but why waste all that time playing the actual game? We’ve cut out the middle-man so you have more time to open boxes!

Open boxes, unlock new skins and hats for your Lootbox Loadout, then open some more boxes! Earn better boxes by selling what you don’t want and spending more fake currency! This game is sure to hit that addicting itch that’ll have you saying:

“I Can’t Believe It’s Not Gambling!”

*Note: This game is purely for parody. There are no actual microtransactions within the game, only genuine progression. Side effects of ‘I Can’t Believe It’s Not Gambling’ include mild amusement, breathing slightly more air out of your nose, chuckling under your breath, nodding with that sort of half smile when you don’t want to laugh at a joke but recognize it was a pretty decent joke and need to acknowledge it, minor shame, and reduced money. If you experience any of these things for more than 4 hours, consider calling your doctor immediately, or play any real game…*

Head here to check the game out on Steam. It’s set to launch on November 29.

What do you think of this loot box game? I suppose it’s good to have a sense of humor about this kind of thing!