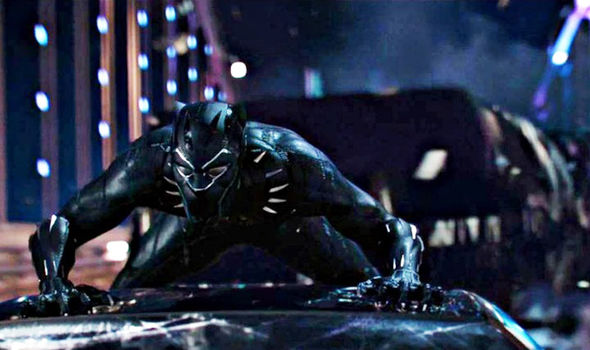 In case you didn’t know, earlier in the week, Black Panther star Chadwick Boseman succumbed to colon cancer at the young age of 43. While Boseman found success in different roles, he was most famously known as the Wakandan King. In today’s Marvel’s Avengers War Table devstream, Crystal Dynamics flashed a message announcing that they are pulling their planned Marvel’s Avengers Black Panther announcement out of respect to Boseman’s passing.

Some of you might not have seen it given it was shown before the broadcast’s voice over started. Here’s the short but sweet tribute to Boseman: 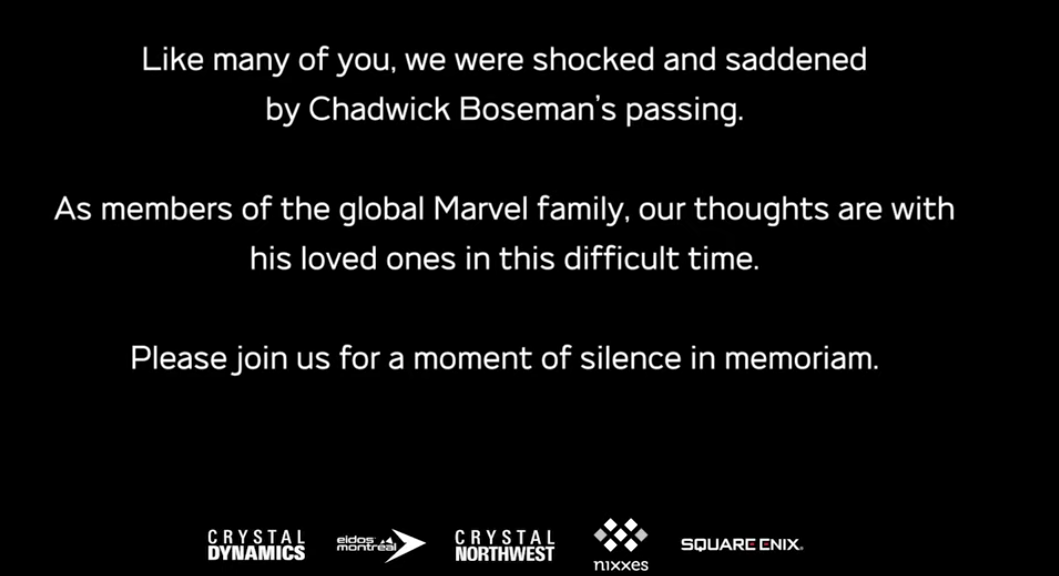 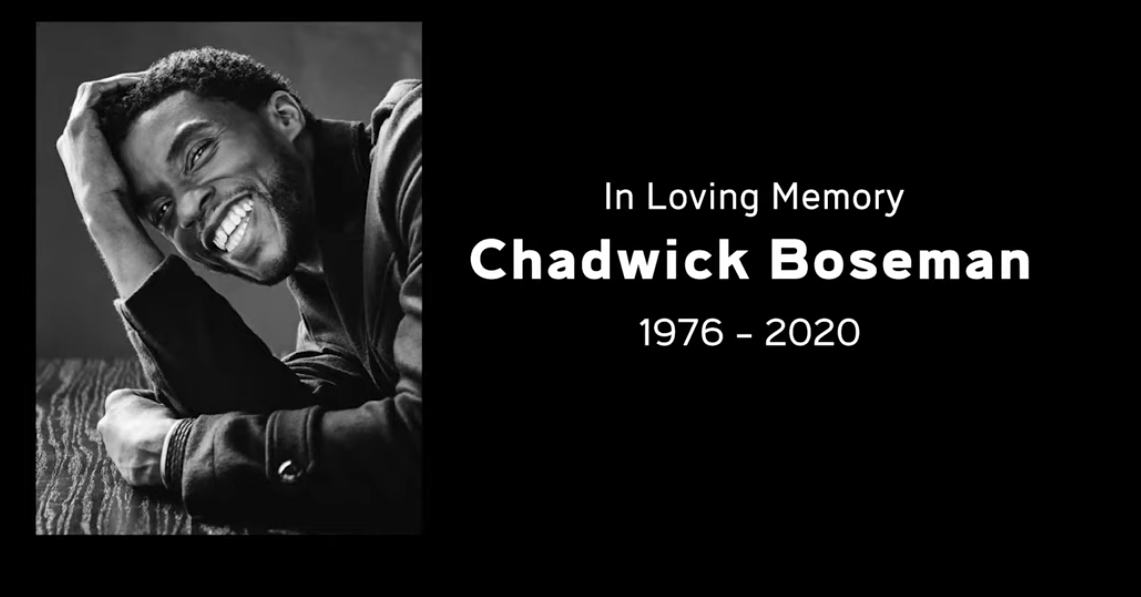 After that, the studio flashed a message stating that they alterered what they were showing today in respect to Boseman. They even included an image of the Black Panther mask on the background. 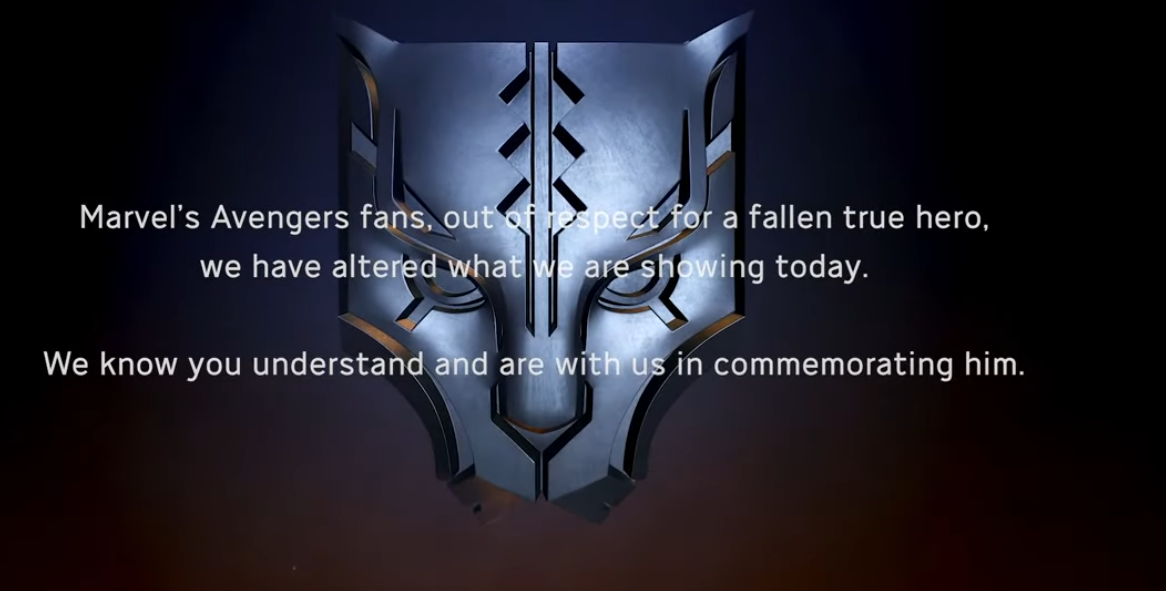 Marvel’s Avengers fans, out of respect for a fallen true hero, we have alteredwhat we were showing today.

We know you understand and are with us in commemorating him.

While the message doesn’t outright say that Black Panther would be joining the Marvel’s Avengers roster, it sure seems like it. Either that or perhaps the first big expansion would involve Wakanda somehow? Your guess is as good as mine. What we got instead was an announcement regarding Kate Bishop, and some of the endgame weekly content like the AIM Secret Labs that players will dig into once they’ve reached the apex of their hero’s journey.

Whatever Black Panther-related announcement that was originally planned, I gather it’s appreciated by fans that Crystal Dynamics held back.

While you’re waiting for our Marvel’s Avengers review, make sure to read our new feature on the top tips you need to know before starting the game.