While we already know that Marvel’s Avengers will feature cosmetic items that can be bought using the game’s Credits or with real-world money, it seems the actual prices of these said cosmetics are kind of ridiculous when converted to actual cash.

For reference, here’s how much Credit Packages packs are being sold on PSN currently: 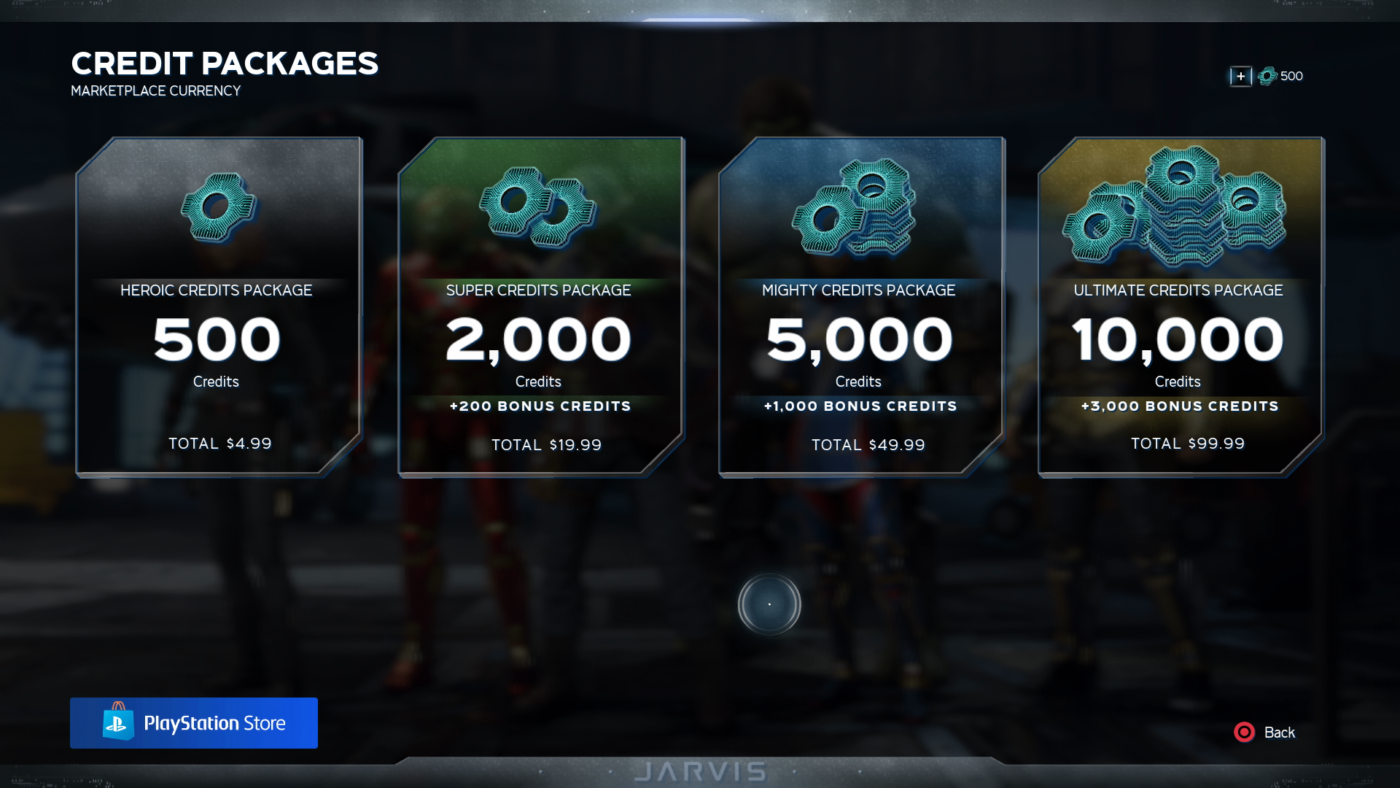 While the nameplates (Uncommmon at that) price seems fine, Legendary Outfits costing $10 above each aren’t — at least for most people (including us). To date, the current thread has over 1K upvotes with most people chiming in that yes, it is a ridiculous price. Sure, these things are entirely optional, but if I was Square Enix or Crystal Dynamics, I’d price then a lot lower so a lot more people can purchase these. And there’s also that whole “impulse buy” thing that I think wiill go out the window for most gamers once they see those prices.

Marvel’s Avengers will be released this September 4 on the PS4, Xbox One and PC. Stay tuned to our review hitting the site soon.

Make sure to check out the post-launch content revealed yesteday which include raids, and even the first (free) expansion featuring Kate Bishop!