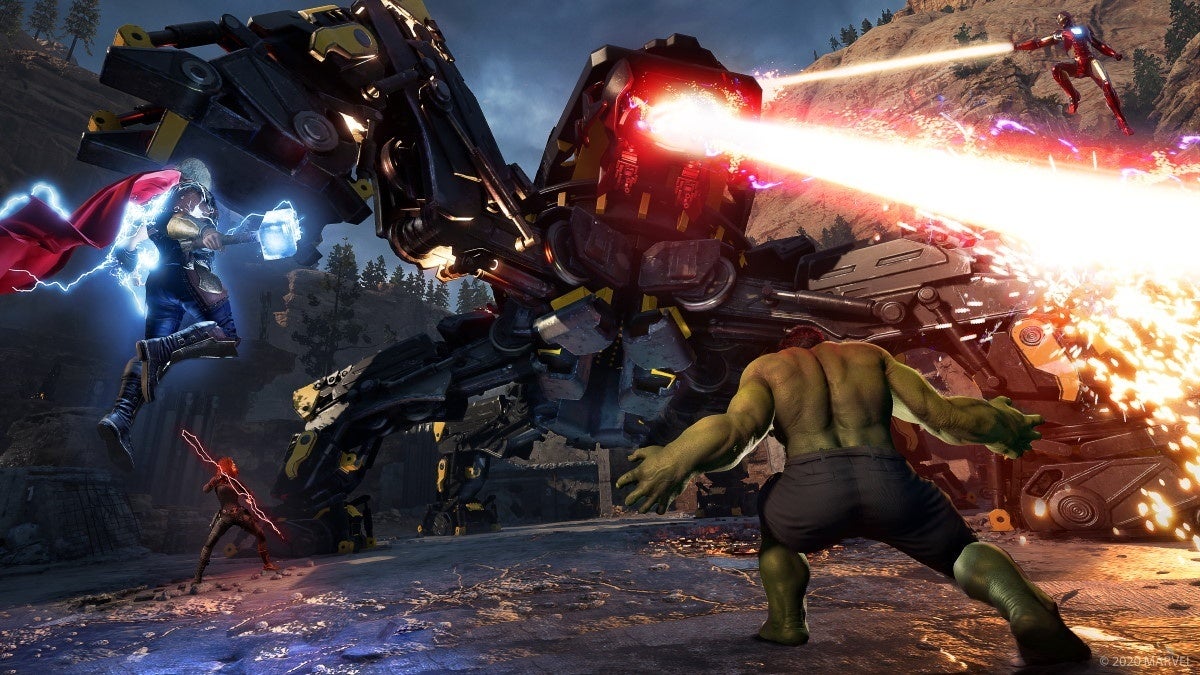 While heroes just got the first major content drop for Marvel’s Avengers yesterday with the Kate Bishop Operation Taking Aim DLC, that’s not the only thing fans can look forward in the future, as the studio has more stuff planned in terms of enemies, and even hero combat combos!

The studio’s Lead Combat Designer Vince Napoli also conducted a Reddit AMA (Ask Me Anything) regarding the game’s combat, and answered fan questions. In the Q&A, Napoli confirmed that new hero combo moves are on the way, as well as how the studio is focusing on new enemy encounters.

The short answer is: yes! The more…I guess you could say professional answer is that there are a lot of things that a team really wants to do that end up not lining up with schedules and releases, but the beauty of a game like this is that expanding the game is one of the core ideas. So, in addition to adding new characters with new skills and abilities, expanding the existing line up with new abilities, skills, perks, etc. has been – and still is – part of our update plans. 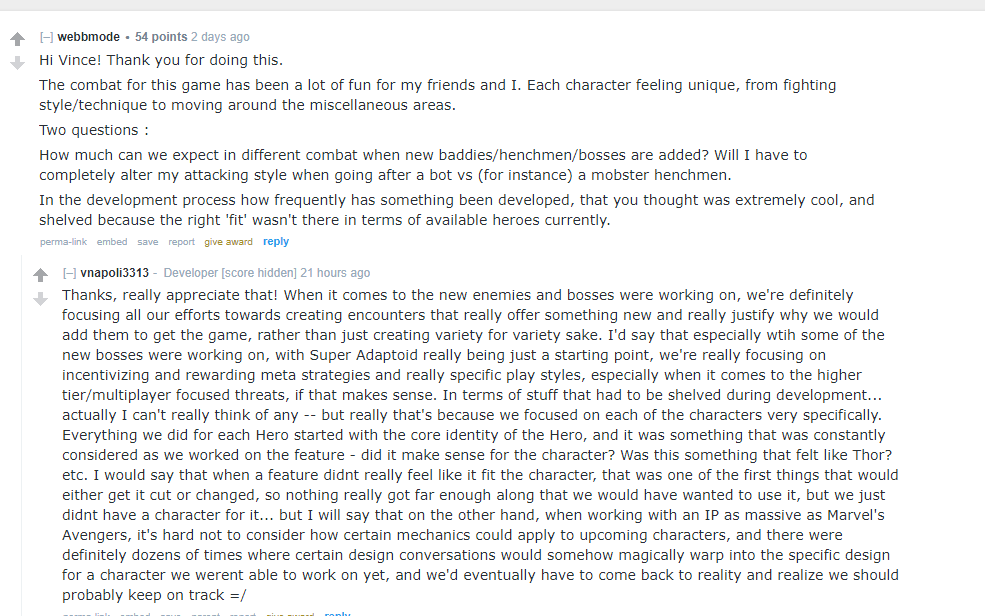 Thanks, really appreciate that! When it comes to the new enemies and bosses were working on, we’re definitely focusing all our efforts towards creating encounters that really offer something new and really justify why we would add them to get the game, rather than just creating variety for variety sake. I’d say that especially wtih some of the new bosses were working on, with Super Adaptoid really being just a starting point, we’re really focusing on incentivizing and rewarding meta strategies and really specific play styles, especially when it comes to the higher tier/multiplayer focused threats, if that makes sense. In terms of stuff that had to be shelved during development… actually I can’t really think of any — but really that’s because we focused on each of the characters very specifically. Everything we did for each Hero started with the core identity of the Hero, and it was something that was constantly considered as we worked on the feature – did it make sense for the character? Was this something that felt like Thor? etc. I would say that when a feature didnt really feel like it fit the character, that was one of the first things that would either get it cut or changed, so nothing really got far enough along that we would have wanted to use it, but we just didnt have a character for it… but I will say that on the other hand, when working with an IP as massive as Marvel’s Avengers, it’s hard not to consider how certain mechanics could apply to upcoming characters, and there were definitely dozens of times where certain design conversations would somehow magically warp into the specific design for a character we werent able to work on yet, and we’d eventually have to come back to reality and realize we should probably keep on track =/

Hopefully, we can get a preview of the new bosses the team is working on as well as some of the hero combat moves being cooked up.

Aside from yesterday’s patch, Crystal Dynamics has also released a small update today for the game, and here’s what it does.

What sort of hero combo moves do you want to see make it into the game? Let us know your thoughts down below in the comments.

The Fastest Way to Destroy Black Ops Cold War Scorestreaks Is With a Sniper?