The video game universe of Square Enix’s Marvel’s Avenger is quickly growing as more characters have been revealed to exist within the gameverse via the Marvel’s Avengers game prequel comics.

We reported earlier this year that a line of prequel comic to the game would be released before the game’s launch, and the first issue dubbed “Marvel’s Avengers: Iron Man #1” has finally arrived this month. In the issue, we get introduced to a number of Marvel characters not yet shown off in the game itself, including our first real look at Nick Fury, which you can find below. 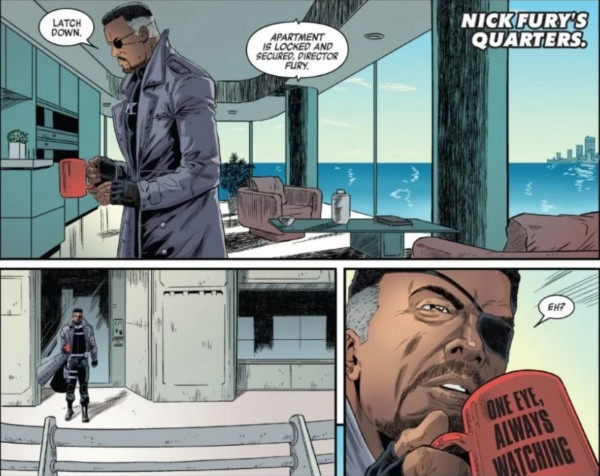 As you can see, this version of Nick Fury appears to be a blend of the classic Nick and the new one we see in the films and latest comics. We’ve known about Nick Fury’s involvement for some time now, seeing that he has been referenced by name in many of the gameplay trailers we’ve seen. No confirmation on whether he will be in the game outside of a name drop, though we’d be shocked if he wasn’t.

Amongst Fury reveals, we also get introduced to the Lethal Legion, which were confirmed as the villains during the announcement of the comic.  Amongst them, we also get our first look at Spymaster. 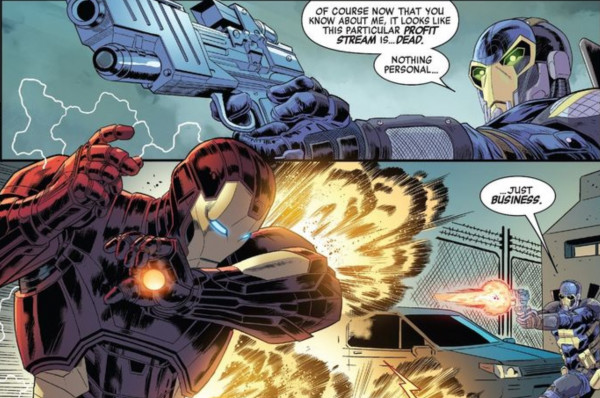 However, what may have gone over many readers’ heads was the introduction of a character working under Bruce Banner’s wing named Monica. 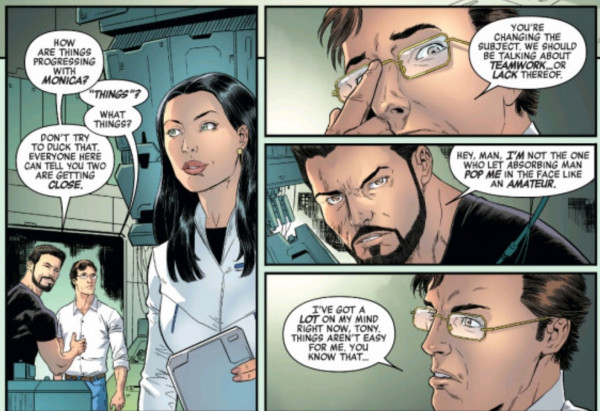 It could just be a coincidence that her name happens to be Monica, but for those who don’t know, her full name is Monica Rappaccini. Depending on which version they do with, the one that does fit is the one that would eventually go on and become the Scientist Supreme of A.I.M., the primary villain organization that the Avengers are up against in the game. She would become fond of Bruce Banner’s work, and eventually work with him while stealing any secrets that she could. Departing from Banner, Monica would join many different terrorist groups and eventually A.I.M where she would quickly rise through the ranks to become its leader.

Of course, we know so little of where the game’s story will take us, so we aren’t sure if it will at all play out like this. We do know that the team is drawing from as much history of the comics that they can, and judging from the first issue it would seem that the Avengers may be heading in some sort of Civil War with S.H.I.E.L.D. themselves as Nick hired Spymaster to steal Stark tech in order to prepare S.H.I.E.L.D. to incase Iron Man or any of the other Avengers were to go rogue. We wouldn’t be surprised if Monica also happens to be a spy employed by S.H.I.E.L.D. in this iteration to keep an eye on Bruce Banner and his research.

Seeing that these are prequel comics, we do in the least expect these characters to play a significant role in setting up the basis of the game’s plot. As to whether we will see them or not in the actual game is left to be seen. At the very least, we would love to see the major characters in the game at one point, especially since Dr. Strange and Dr. Voodoo have been confirmed to exist in the gameverse as they will be debuting in the prequel novel that recently got announced.

In the meantime, we have the next prequel comic to look forward to, Marvel’s Avengers: Thor. Obviously it’ll be focusing on the Norse god himself, but we expect a number of new characters to be introduced in the issue so we will be keeping an eye out when it releases in a few weeks.

The Nintendo Switch Clone Is Here, Meet the Nanica Smitch