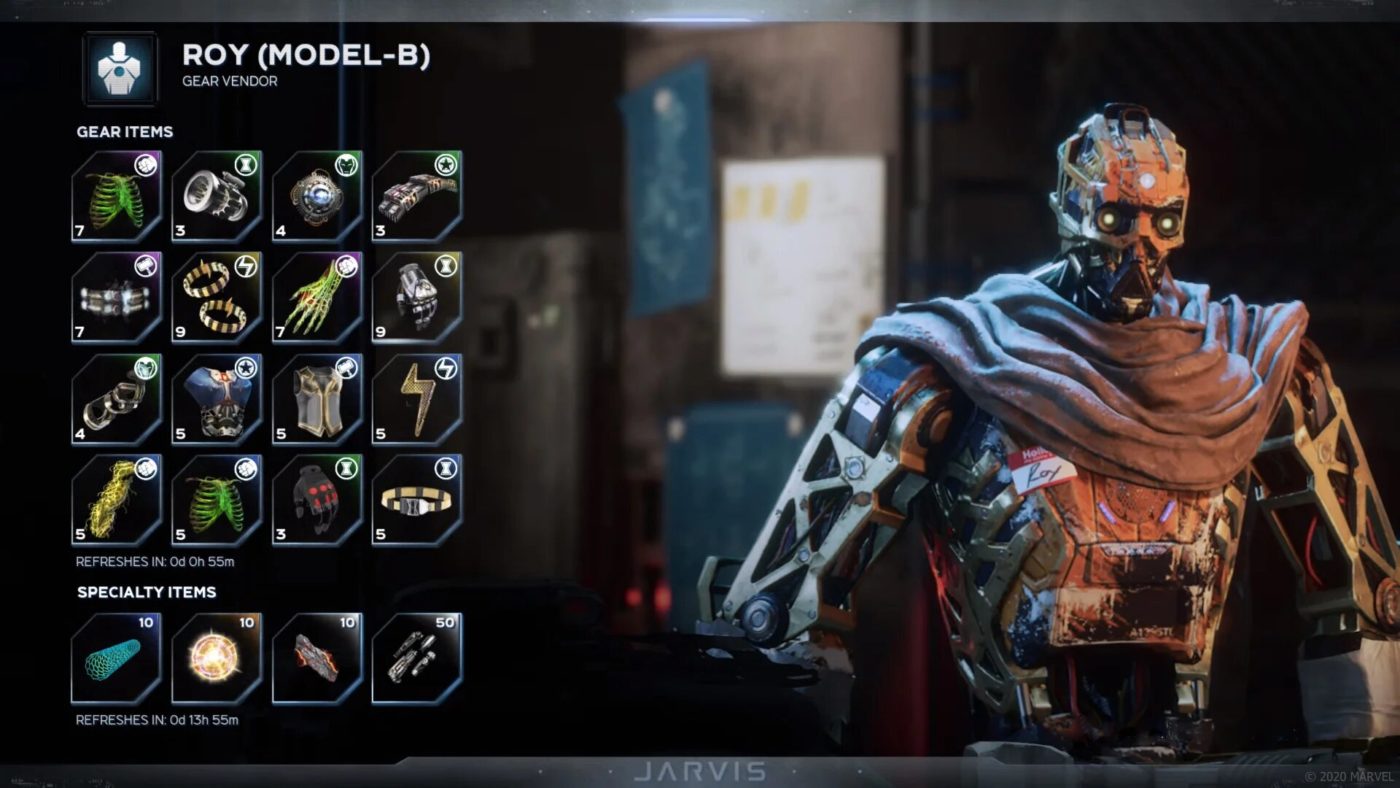 If you played the Marvel’s Avengers beta, chances are you found yourself a wee bit overwhelmed by the in-game currencty and how it works. Thankfully, Crystal Dynamics has shed some light on that today, as we now have an explanation on how the Marvel’s Avengers game vendors and cosmetics work, as well as the announcement that Hero Challenge Cards for post-launch heroes will be paid with real-world money.

Before diving in, Crystal Dynamics hammered home how anything that can be bought with real-world money are purely for cosmetics only. These won’t affect gameplay at all. Got that? Good. Read on for the details.

How do Vendors Work?

Vendors are narrative-based store operators who can be found in multiple locations in our game world. They sell Cosmetics, Gear, and Rare Resources in exchange for Units and common Resources.

There will be Gear Vendors, and Cosmetics Vendors in the game. 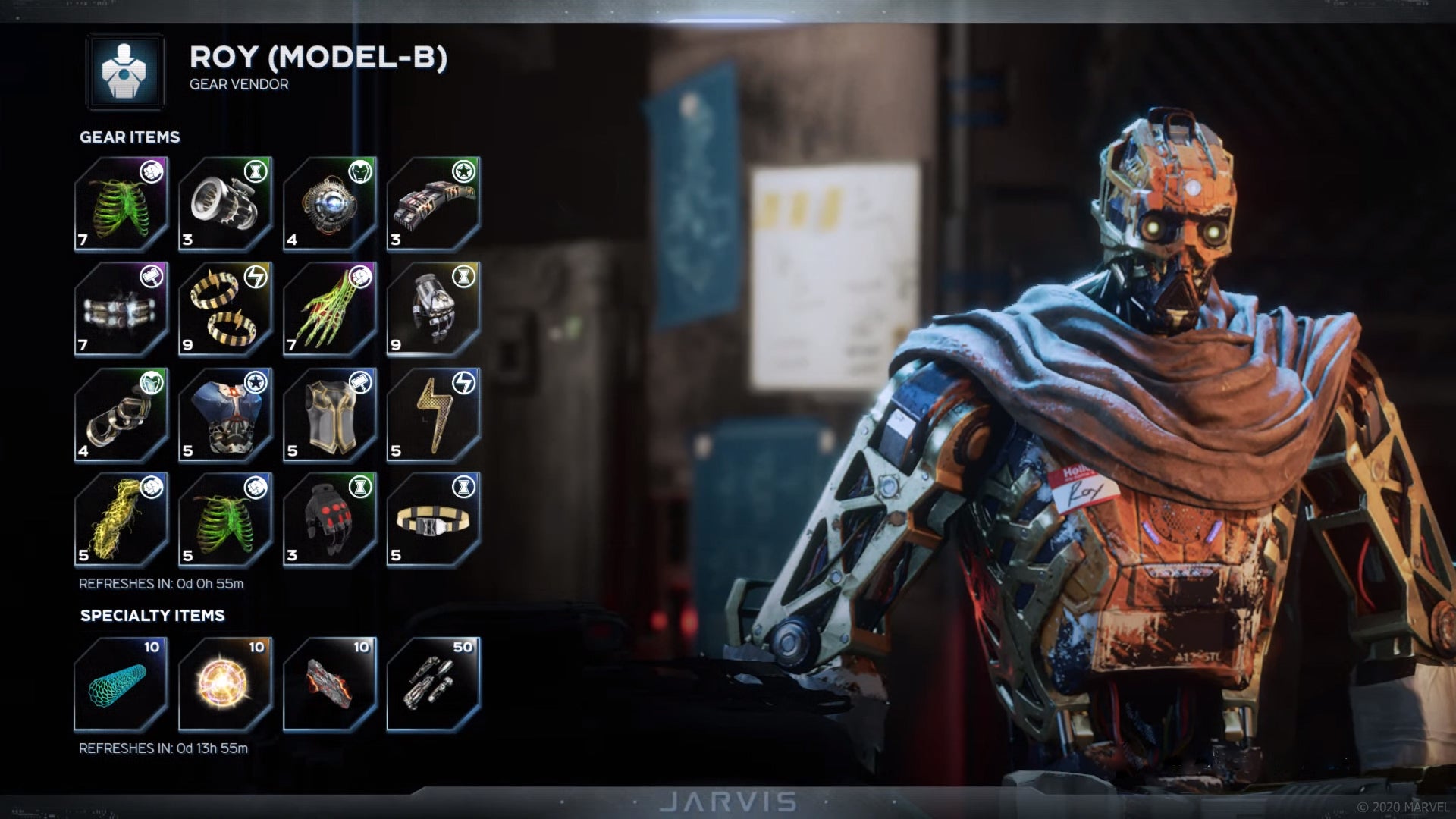 Gear Vendors will sell you character-specific Gear and Resources in exchange for Fragments gained through play. Collecting and dismantling Gear will fill you full of Fragments and other resources, which is why it is worth picking everything up and dismantling unneeded items for resources to exchange or reinvest! Gear rotates daily and weekly. 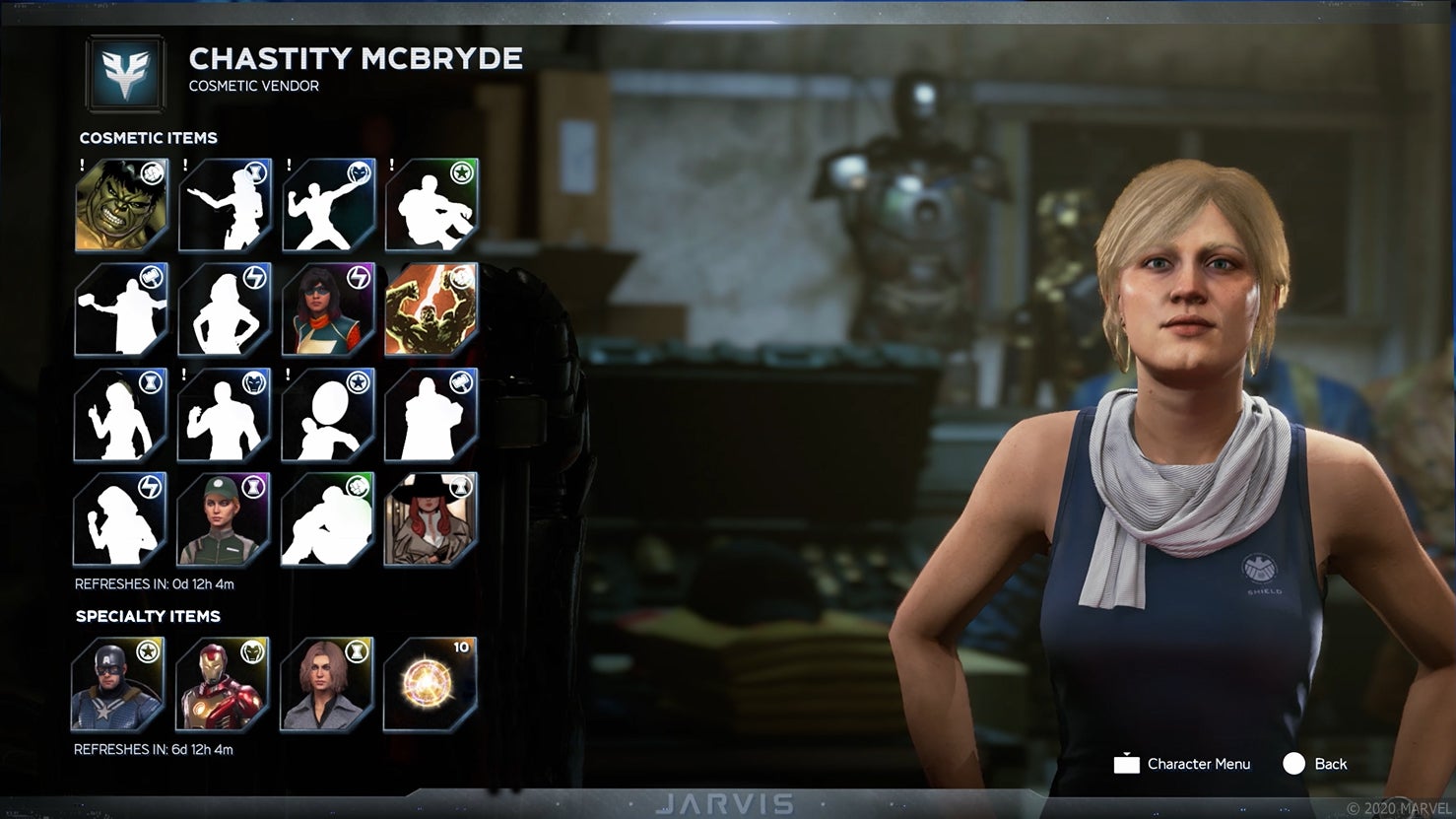 In addition to the vendors, the game has a marketplace as well. This is where players can purchase character skins, emotes, outfits, takedowns and more. The marketplace will house Uncommon, Rare, Epic and Legendary items which will rotate weekly and can be purchased with Credits, which is the game’s main real-world money (microtransactions) currency. 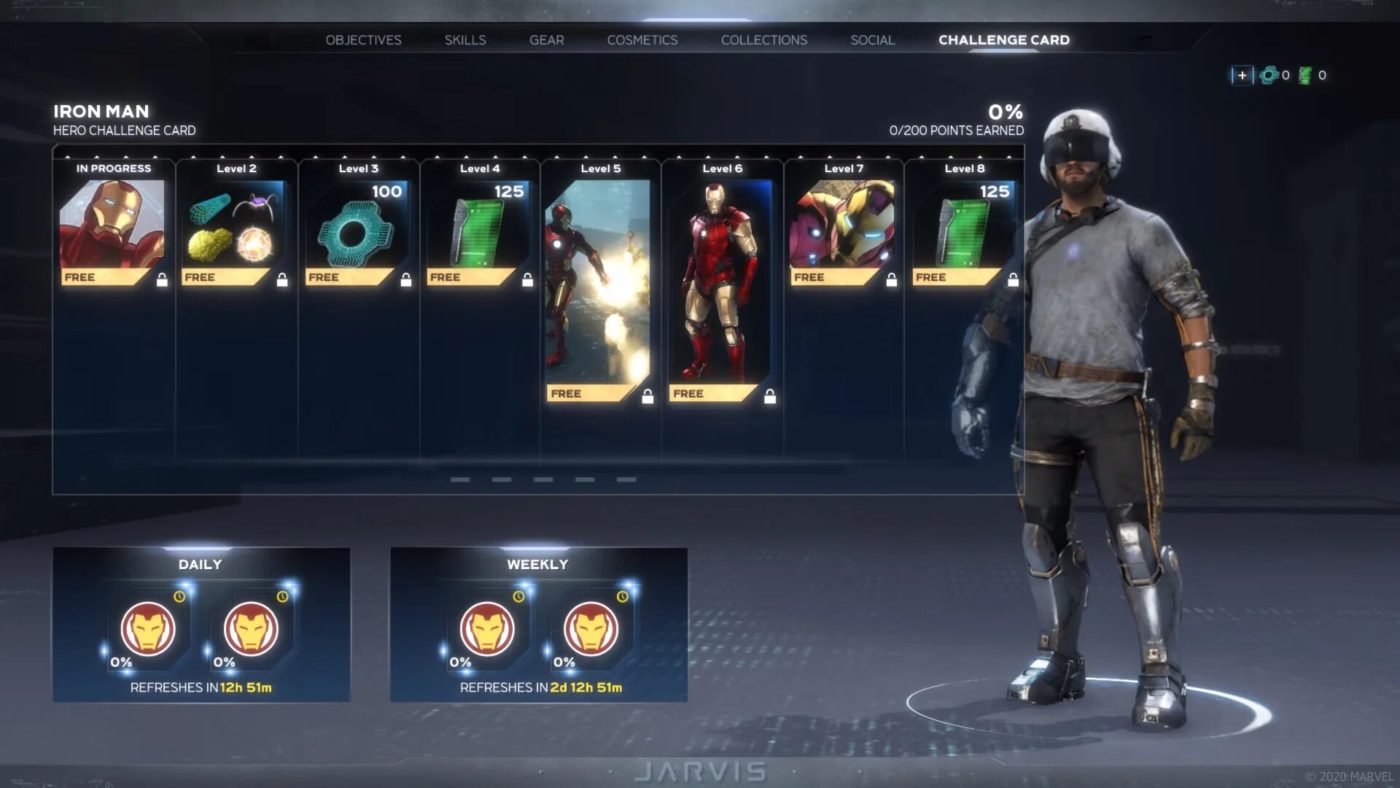 Note that for the base game, the Hero Challenge Cards for all six starting heroes are free at launch. Also important to note there is, if you do buy a Hero Challenge Card for post-launch heroes, completing said Card will earn you more Credits, so you can buy the next one.

We want to reward players for their time, so once you activate the premium rewards of a Hero Challenge Card for 1,000 Credits, you can earn everything on that card, including more Credits! If you complete all challenges on your Hero Challenge Card, not only will you earn back your 1,000 Credit activation cost, all the content you’ll earn has a value of over 12,500 Credits. Remember, these rewards deliver fun in-game cosmetic enhancements and effects, but they do not provide a gameplay advantage.

While I personally have no issue with how these are handled given they are cosmetics only, I can already see people getting annoyed that these cosmetic items are tucked away for a fee. At the very least though, we are getting all post-launch heroes and missions for free.

Marvel’s Avengers will fly out this September 4, though don’t expect a review from us on launch day and here’s why. A new War table devstream is set for next week where we

Make sure to check out our top six Marvel’s Avengers changes/fixes we want to see in the final game based on the beta.