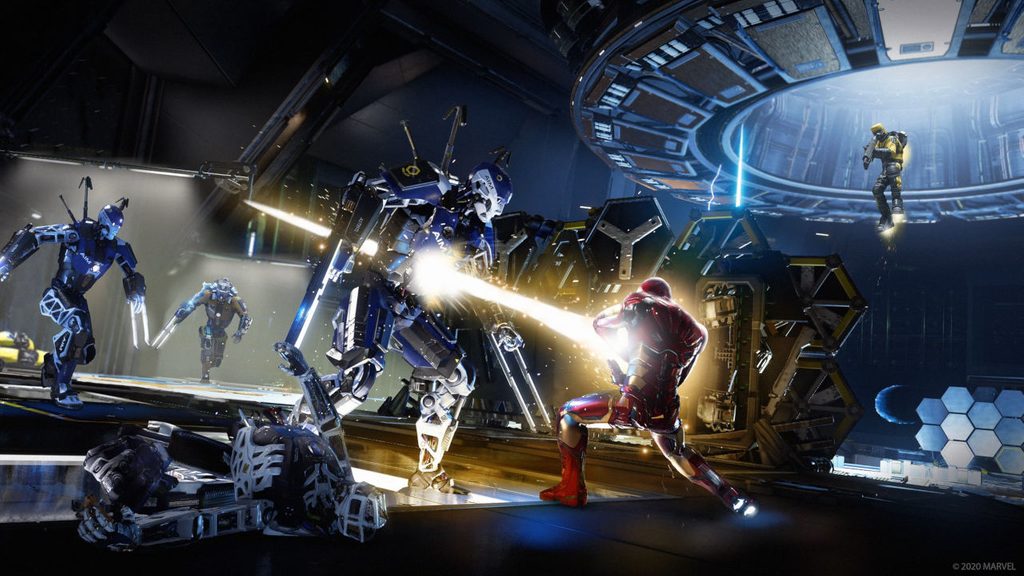 Just yesterday, gamers were surprised with the announcement that Spider-Man will be part of the Marvel’s Avengers post-launch hero line up, though he’ll only be available to PS4 gamers. It seems Spider-Man isn’t the only thing PlayStation gamers will get, as Marvel’s Avengers PS4 exclusive Community Challenges have been announced too!

On the PlayStation Blog, Sony talked about the “PlayStation Advantages” players will get for playing Marvel’s Avengers on PlayStation platforms.

We previously stated that we’re huge Marvel fans, but we’re also PlayStation fans. We are honored to be working with them to provide additional advantages to PlayStation players. PlayStation players will have exclusive access to certain Community Challenges, where the PlayStation Nation will work together to accomplish a goal in order to gain rewards specific to them.

In addition to that, Legendary Outfits, emotes and other cosmetic items are exclusive to PS4 gamers for 30 days as well. Also, being a PS Plus member will reap benefits in-game too.

When it comes to cosmetics, PlayStation players will have 30-day exclusive access to a Legendary Outfit, Legendary Emote, Epic Takedown, and nameplate for each Super Hero as they are released – this is also for the six launch heroes. In addition, we also have rewards for those with a PlayStation Plus subscription. For each Super Hero added to the game post-launch, Hawkeye included, all PS Plus members will receive a free bundle that contains a Rare Outfit, nameplate, and 100 Credits to celebrate the addition of another Avenger to the roster. At launch, we’ll have a free bundle for Ms. Marvel available for PS Plus members to embiggen our love for Kamala!

While the PlayStation Plus benefits are a nice touch, I doubt gamers on other platforms would appreciate more platform-exclusvie stuff.

Would this deter you from buying Marvel’s Avengers if you’re going to play on a non-Sony platform? Or it doesn’t bother you that much given we’re getting all post-launch heroes and missions for free?