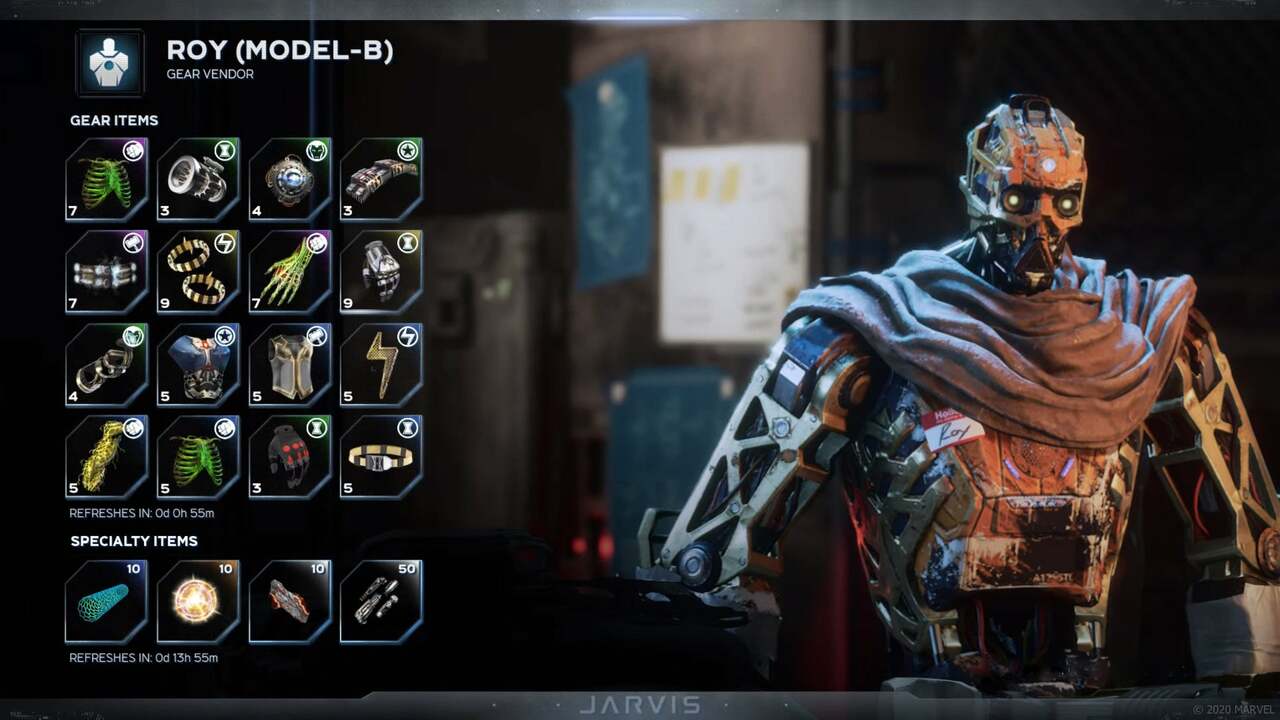 We were able to determine that only players who had over 65,535 Units or 65,535 Fragments prior to the Holiday Content Patch were affected, meaning if you had less, you didn’t lose any Units or Fragments. We now have a solution for those players and would like to share it with you here.

We have prepared a grant for those players that will happen upon log-in sometime on December 15. We are calculating how many Units each of these players have earned in their entire lifetime of playing Marvel’s Avengers. Using this information, we are granting players who logged in between November 30 to December 1 (when the Holiday Content Patch went live to went Patch 2.2c was published) a number of Units and Fragments based on each player’s max lifetime earn. 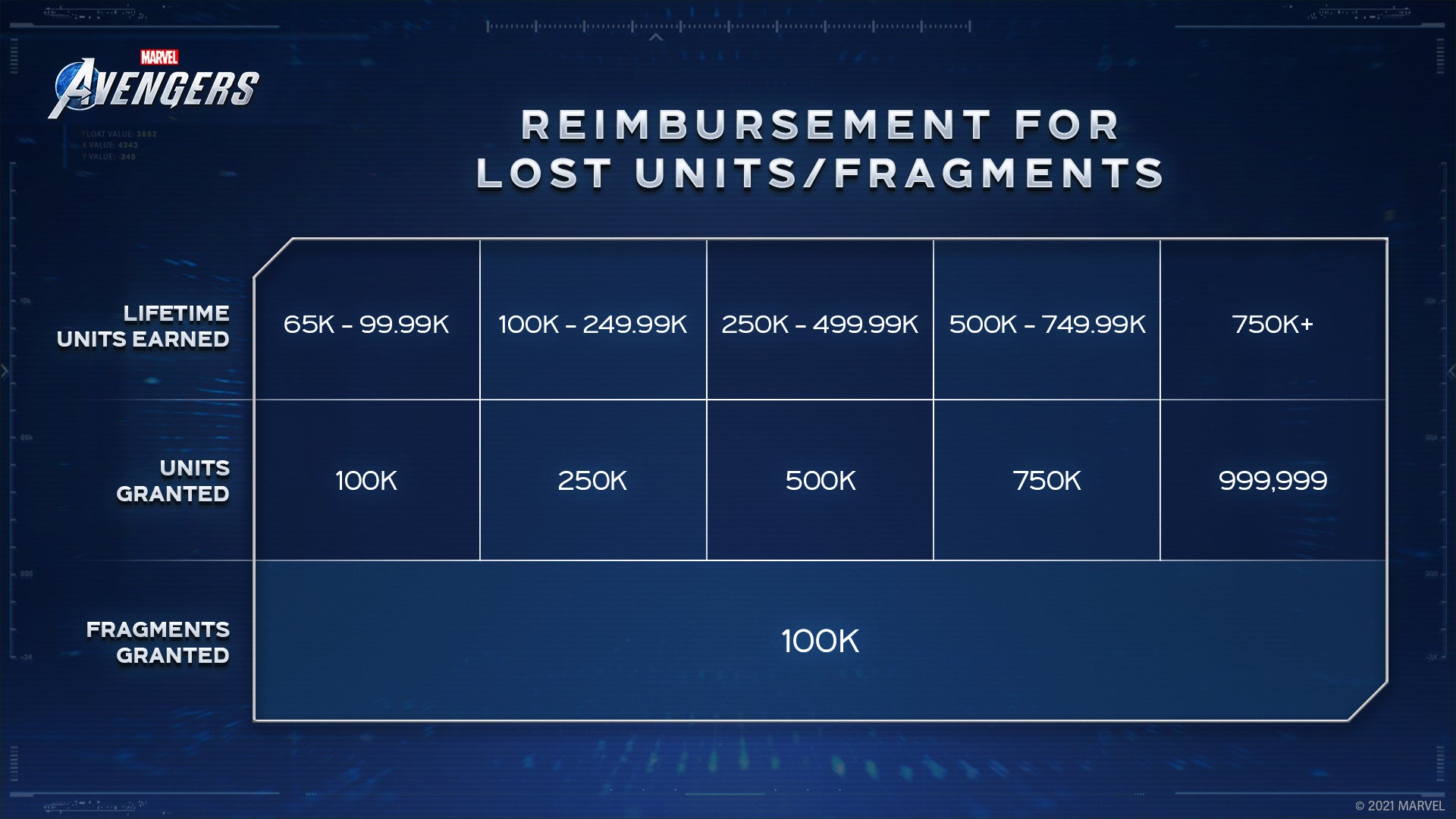 This means that if a player earned a total of 260,000 Units and 26,000 Fragments in your entire time playing Marvel’s Avengers and logged in between November 30 to December 1 between the two patch times, you’ll automatically receive 500,000 Units and 100,000 Fragments when you log in, which isn’t a bad deal.

It’s a hassle getting hit with the bug, but at least you’ll be getting more Units and Fragments than before. For those wondering what’s in store for the future of the game, Crystal Dynamics has confirmed that we’ll see the game’s next roadmap revealed in “early 2022.”