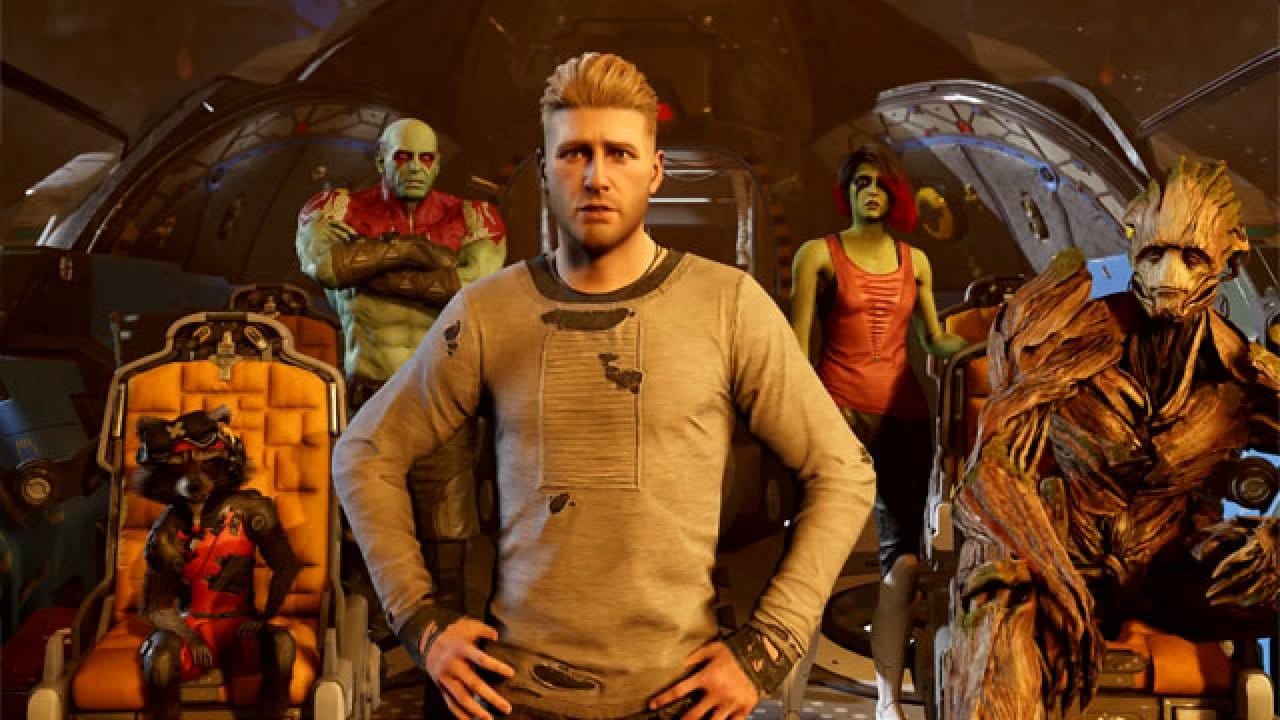 It’s not going to be easy for Star-Lord and his crew of misfits and mercenaries, as the new Marvel’s Guardians of the Galaxy story trailer raises the stakes for the heroes — with a lot on their plate and so much to do to save the universe!

Here’s the brand new trailer released by Square-Enix and Eidos Montreal and shown during the PlayStation Showcase!

In the new trailer, Grand Unifier Raker brings Star-Lord, Drax, Gamora, Rocket and Groot to the Universal Church of Truth, where the Guardians bear witness to a cult-like ritual before the mysterious Matriarch. Grand Unifier Raker states that the Matriarch wishes to share with them a truth — one that can supposedly end all grief and suffering. In true Guardians’ fashion, things go spectacularly sideways and they somehow manage to get half the galaxy on their back… The Guardians will have to step up and show what they are made of to save the Galaxy.
The video also features appearances by characters including the Xandarian Worldmind, as well as everyone’s favorite telepathic Russian space dog, Cosmo.

If you’re looking forward to the game, be sure to prepare space for the game by checking out the file size of the game here.

Marvel’s Guardians of the Galaxy will be out for PC and consoles on October 26.