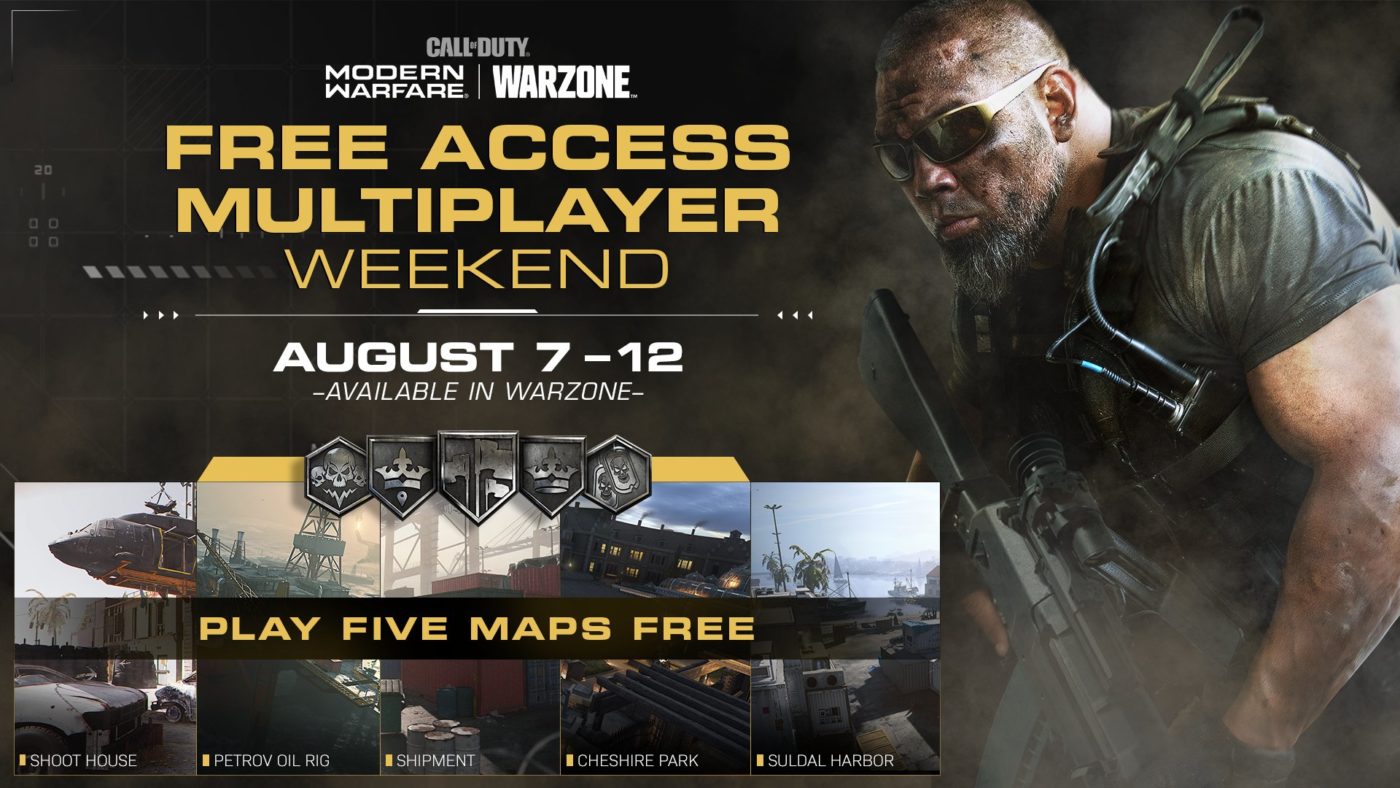 While Call of Duty: Modern Warfare is already mega-successful, that doesn’t mean it can’t earn more. That’s exactly what Activision is thinking as it hosts a new Modern Warfare free weekend for multiplayer is now underday!

Starting today, August 7. and running until August 12 at 10 a.m. PT, everyone can download and play Modern Warfare multiplayer and on five maps! These are:

As you can see, two of the new maps in Season 5 are included, along with the three most played multiplayer maps in Shoot House, Rust and Shipment! Potential Modern Warfare buyers will be able to play in a moshpit of modes that include: Team Deathmatch (TDM), Kill Confirmed, Domination, and Hardpoint. If you’ve played any Call of Duty game before, then you know what these modes entail.

As for those who already own the game, double XP weekend is now switched on too! This is a triple double weekend, as there’s double weapon XP, double XP, and double XP for Battle Pass tiers!

This is available now and runs until August 10!

All live now through the 10th for #ModernWarfare and #Warzone. pic.twitter.com/A6BS3aBt7v

This is perfect timing for multiplayer fans, as it seems Activision has something planned for August 10, and we’re hoping it’ll be the reveal of Call of Duty 2020! Speaking of, don’t forget to check out the new datamined info regarding Sgt. Frank Woods in the Season 5 patch.