Modern Warfare Ground War Nuke Is a Real Thing & Here’s How to Pull It Off, Chopper Blades Can Kill

It’s no secret by now that Call of Duty: Modern Warfare brings back the ever-popular Nuke gameplay mechanic that ends a match. While that’s doable in a normal match by killing off 30 enemies straight just by weapons only (watch it here), it seems you can also do a Modern Warfare Ground War Nuke as well, and it’s (kind of) a bit easier to do.

If one team in Ground War manages to cap all flags and maintains it for 30 seconds, this will trigger a Modern Warfare Ground War Nuke! Watch it in action below.

If you hold all flags for 30 seconds, a “Defcon Nuke” gets called in auto-ending the game from modernwarfare

Unfortunately though, given how most players don’t seem to give a crap about the objective, this has happened more often than anticipated, with one poster saying that it was triggered two minutes in with the score 43-18. 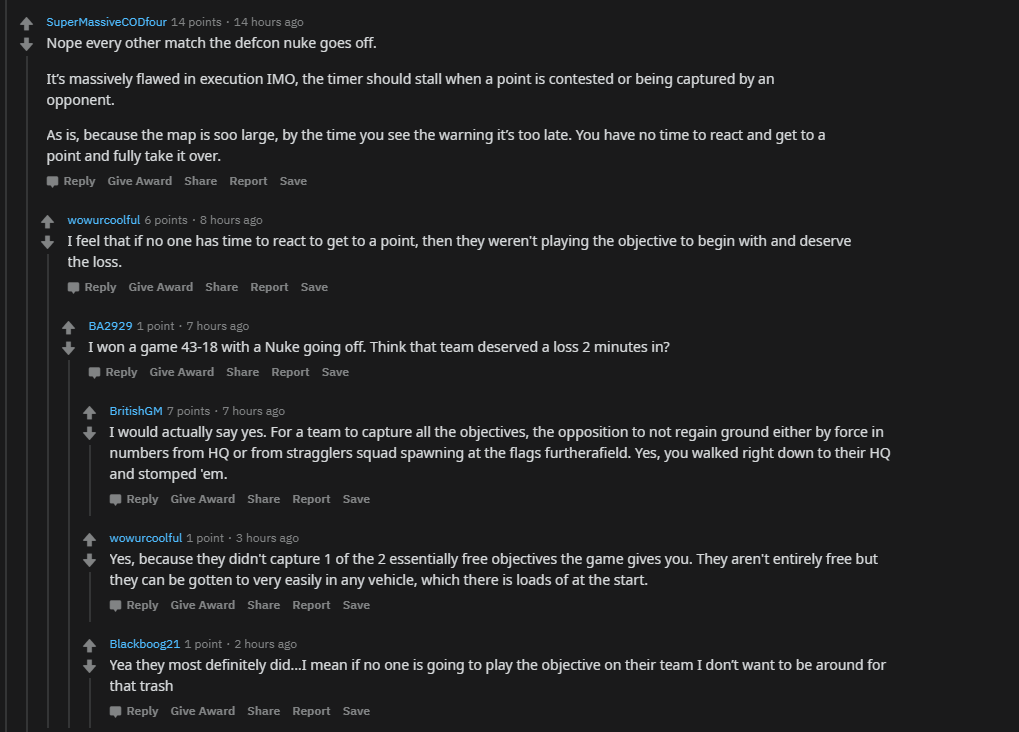 Holding all flags for 30 seconds definitely sounds easier than going on a 30-kill streak rampage — especially in a 32v32 match like in Ground War, no? Let’s hope Infinity Ward refines it so that even if a single flag is being contested, this won’t trigger.

Continuing with Ground War, the mode has, for the first time, choppers that players can control. Aside from flying players from one point of the map to another, it seems it can be a good way to off rooftop campers too! Watch the video below to see it in action.

How to deal with campers in ground war from modernwarfare

Can’t say I’m surprised that this is possible, but it’s still a sight to see.

If you spot any cool stuff and hidden Easter eggs in Modern Warfare, don’t hesitate to hit us up via email and we’ll be sure to credit you.