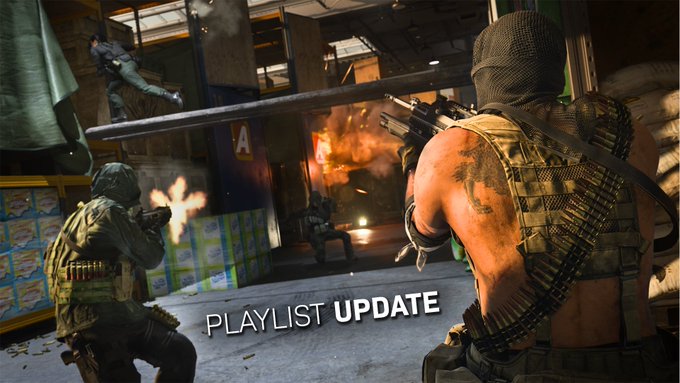 Here are the game modes changed per Infinity Ward:

Sorry, Shoot House, Shipment fans! It seems we won’t be getting Shoot the Ship this week!

In other Modern Warfare news, another patch, which we presume will be released via server-side (no download required) is being prepped by Infinity Ward and it’ll deal with graphical issues.

In addition to Modern Warfare and Warzone, more Call of Duty stuff is happening this week, as the Call of Duty 2020 reveal is underway and we’re getting new info about the puzzle associated with it this Friday.