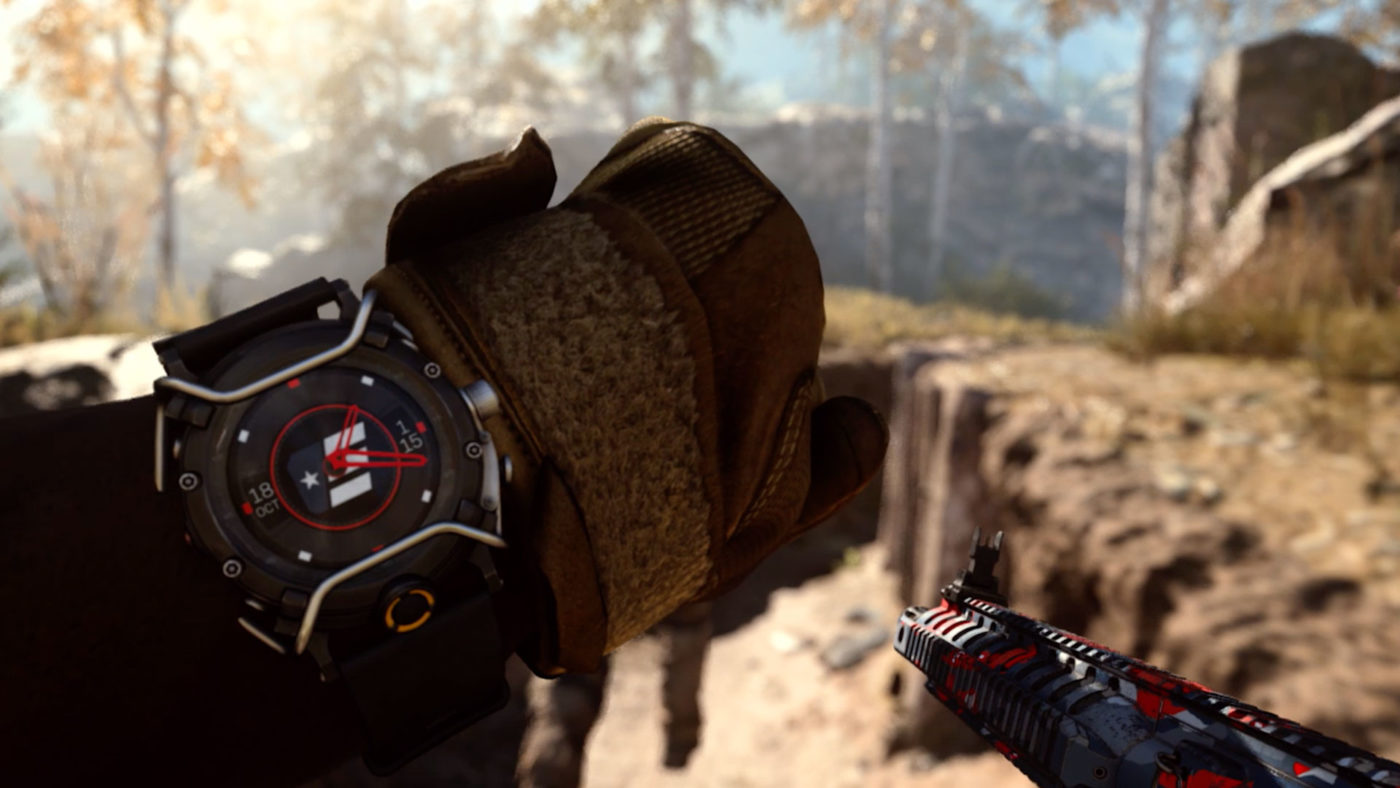 For those playing Call of Duty: Modern Warfare multiplayer, possibly one of the most baffling decisions Infinity Ward has made to the game is taking out the Modern Warfare scoreboard deaths counter while in a match. This means that in any mode, you can’t see how many times you’ve died in-game until the match is over. Well, it seems you can now amend this, if you’re willing to pay a price.

Over on the in-game store, the “Mother Russia” bundle is available for 2,000 COD Points (around $20 in real world currency), which includes the “Time to Die” character watch that keeps tabs of the Modern Warfare scoreboard deaths for your character! It seems that for now, this watch can’t be bought separately, so those interested to be able to see their in-game deaths while in a match, will need to pony up $20.

In case you didn’t know, one of the new customization features Infinity Ward introduced in this year’s Modern Warfare is the ability to customize your in-game character’s watch. 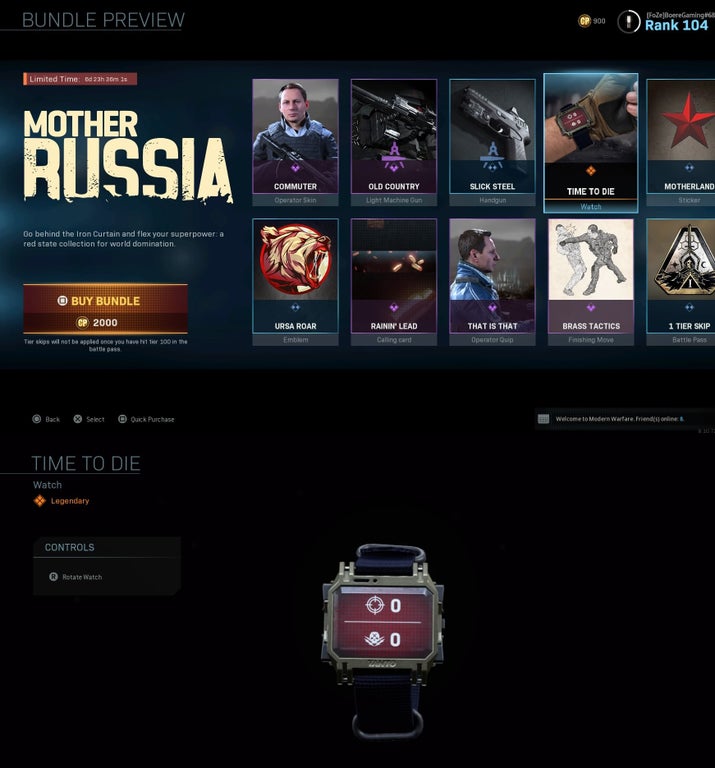 While one can argue that this won’t affect anything from a gameplay perspective, being able to see your deaths in the game while the match is on-going has been an oft-requested feature by the community, and is something every Call of Duty game has implemented until this year’s Modern Warfare.

Will Infinity Ward cave and make it available in the in-game scoreboard anytime soon? Given how this cosmetic’s main feature is just that (showing player deaths in-game), that might not be coming anytime soon.