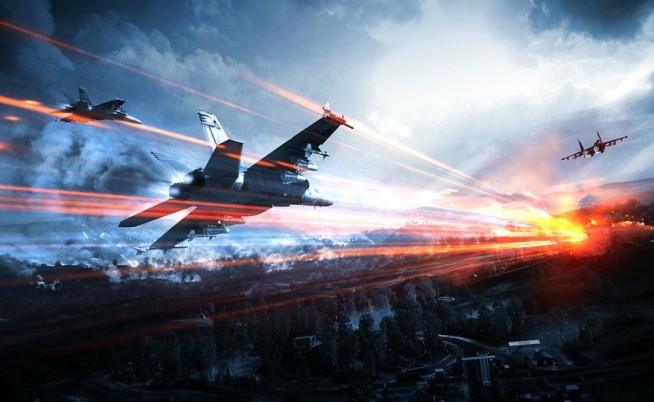 A wealth of information has recently surfaced regarding aspects of Battlefield 3 that DICE is looking into patching. Our friends over at Don’t Revive Me Bro were lucky enough to sit down with Battlefield 3’s Senior Gameplay Designer, Alan Kertz in their latest community podcast and talk about some of the things the DICE team is looking into.

We reported earlier that the tactical light in Battlefield 3 was going to receive a nerf, according to some images Kertz posted on his Twitter page. (You can check these images out here!) However, Kertz confirmed last night that the actual brightness of the light will not be nerfed, but rather the range. Up close, the light will still be as effective as it is currently. The further away you are from it, the less intrusive it will be.

Many PS3 fans have been voicing their concern over what seems to be a controller input lag issue and are asking why the controls were changed since the Beta. According to Kertz, the controls for Battlefield 3 are fine and have not been changed since the Beta. DICE is finding that other issues may be at work here. For example, certain TV set ups seem to affect input lag more than others. Kertz assured us that DICE is looking into the real source of the problem.

Kertz also mentioned that DICE is looking into the mobile AA vehicles. Currently, they prove to be extremely effective against jets and helis not because of their damage output, but because of their effects. Many fans find that these mobile AAs are too effective at knocking a jet’s or heli’s flight path off course, or making them too hard to control, causing them to crash easily.

On the subject of Jets, Kertz also mentioned that there were some Balance issues that still needed looking into. As it stands, if a tank, for example, is disabled, the driver has the ability to either hop out and repair if he is an engineer, or have a teammate repair his tank for him. Engineers can also repair disabled helicopters from the inside or if none are available, it’s still possible land and request repairs. This is obviously not an option in a jet. Landing them is still somewhat possible but usually proves to be fatal. Kertz admitted that this seems unfair hopes to see some changes made to the jets in this regard.

Some fans are beginning to notice that weapons in Battlefield 3 seem to have much more recoil when burst fired, as opposed to full-auto, something that wasn’t entirely the case in Bad Company 2. First, Kertz reminds us that this isn’t a sequel to Bad Company 2 and that DICE’s base to work off of was Battlefield 2. This was also the reasoning behind bolt-action sniper rifles only being a one-shot-kill to the head. Howerver, Kertz confirmed that weapons in Battlefield 3 do, indeed, have more recoil when burst fired. What players need to remember is that once you overcome the initial kick of firing in full-auto, the weapon is fairly steady, though extremely inaccurate. When burst firing, you need to deal with that initial kick every time you pull the trigger, making it harder to keep steady. However, your shots will be much more accurate since the first bullet of each burst will always hit dead on.

Do you think this is a fair trade-off? What do you think about the tactical light’s range being nerfed? How do you feel about the balance between jets, helis and AA vehicles? Let us know what you think in the comment section below and don’t forget to follow MP1st on Twitter and Facebook!