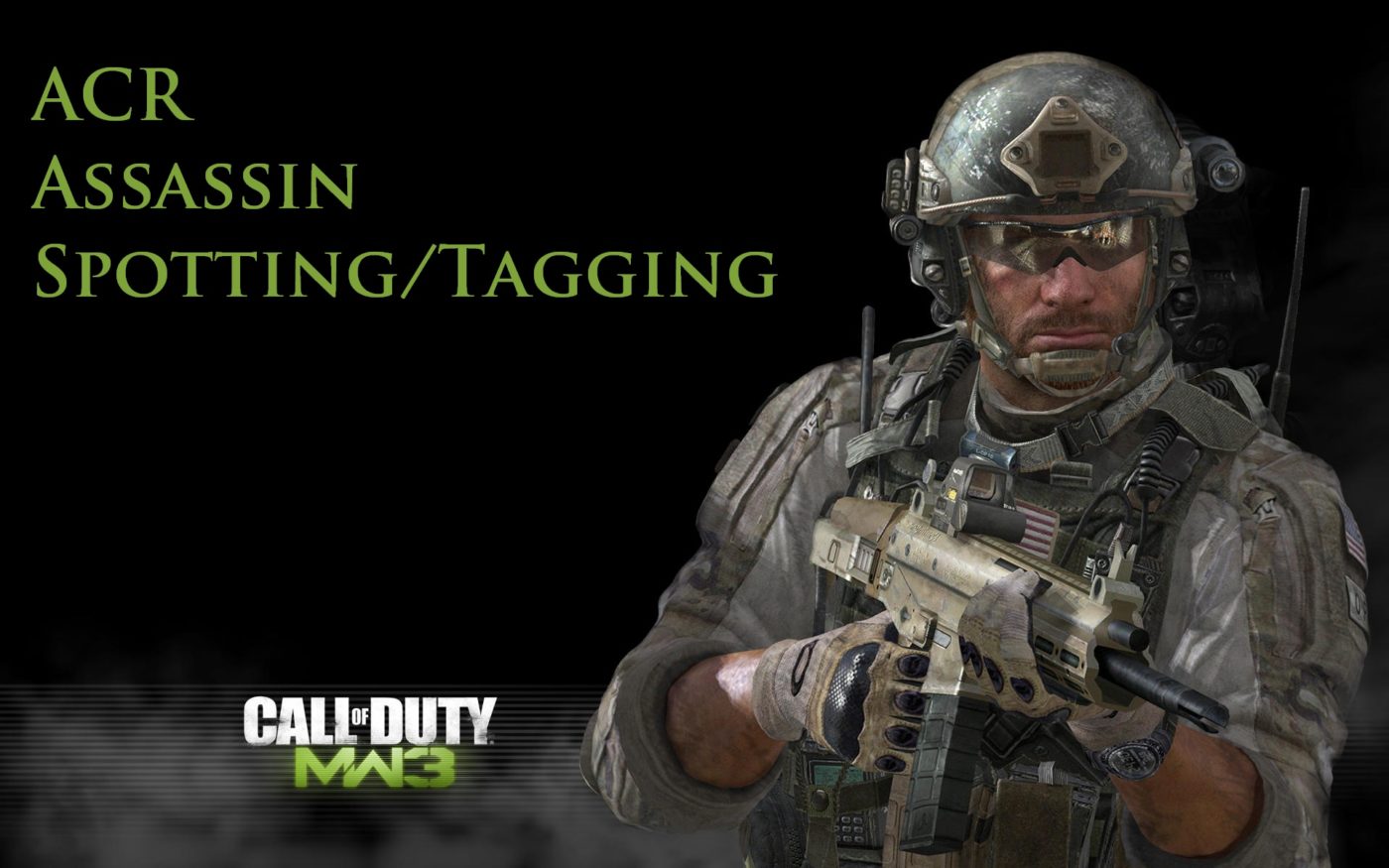 ACR the new Famas?
In a recent NowGamer interview, Infinity Ward’s Creative Strategist Robert Bowling, aka FourZeroTwo, revealed that the ACR was the most used gun in the assault category throughout Call of Duty XP in response to the concern of how the Famas was the most dominant gun in Black Ops. It’s worth noting that the ACR, for its lack of recoil, was also one of the most popular guns in Modern Warfare 2.

Click here to view the complete list of primary guns in Modern Warfare 3, and let us know which gun you are going to run first.

Assassin and its Match
When Robert was asked on twitter whether the Assassin perk would be as overpowered as Ghost in Black Ops, he replied “Assassin isn’t this all powerful stealth perk, Recon Drone can still see / tag you and you can be tagged by Recon.” While we now can sigh in relief that Assassin won’t be similar to how Ghost was, Robert’s answer raises more questions: how prominent will “tagging” be? Will it work as it does in the Battlefield series by pressing “back/select”? What we know so far is that tagging through a sniper rifle won’t place Doritos (DICE’s words not mine) over the enemies heads like in Battlefield. However, unlike Battlefield, the “Recon Drone” uses a regular camera instead of a thermal one. Robert Bowling uses tagging as a counter measure to the Assassin perk, then the new game mechanic, tagging, must play a big role in MW3.

Do you think that Assassin will be balanced out by the tagging mechanic?

Online splitscreeners are back
You know how in Black Ops when splitscreeners, for the most part, hindered your team’s performance or were easy kills. Well, Bowling confirms the return of splitscreen multiplayer. All I have to say, please create separate playlist dedicated to splitscreeners.

What do you think of the fact that splitscreening is back?

If you’re looking forward to MW3 and/or BF3, then follow MP1st on twitter for the latest news.