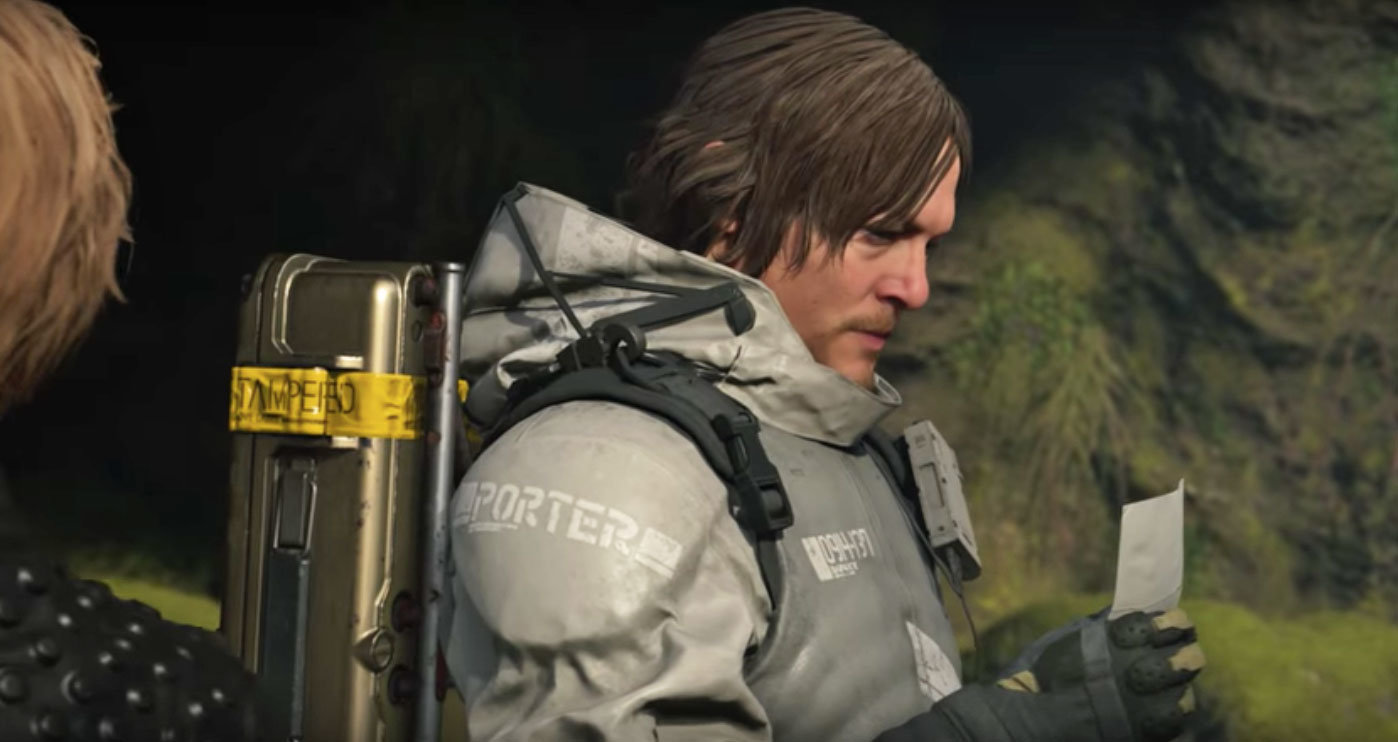 Gamescom 2019 has finally kicked off, and as previously teased some brand-new Death Stranding Gameplay has been released.

After teasing it, gamescom opening night host, Geoff Keighley and legendary game creator, Hideo Kojima took to the stage to debut some brand-new Death Stranding gameplay, giving us our first “true” look at the title. In the footage, which you can watch below, we get nearly full six-minutes of fresh scenes and gameplay mixed together. Go ahead, watch it, it’s pretty good! Though if you are like many out there, and want to keep keep as far away from any potential spoilers, then we suggest you skip out on this.

Additional videos were also posted centered around some of the characters, similar to the Heartman spotlight

Margaret Qualley character spotlight video, Mama. Her baby was born on the other side, not in the current living world. She has a sad background where she can’t move due to the connection she has with her baby.

The next one will focus around Del Toro’s character, Deadman and a explanation of the bridge baby.

We have seen some gameplay in previous trailers, though nothing of this caliber, which is why we mention it’s our true first look. We have to say, each time we see Death Stranding it looks more and more awesome, and now that we have this much gameplay we have a far better understanding of what type of game this will be. It’s certainly been a common complaint for many out there in the community as for the most part, Death Stranding has remained shrouded in mystery. It certainly been a key component in Kojima’s marketing as for nearly all showings in the past years, Kojima has attempted to make the title as ambiguous as possible.

Death Stranding will be out November 8 of this year, exclusively for the PlayStation 4. The title has been confirmed to have some form of online multiplayer, although it has been stated that it will offer an “asynchronous” experience meaning players will never cross paths with one another but instead work with each other by being able to send one another supplies, share safe houses, and even see where other players have been. So it’s definitely not going to be your traditional co-op experience and more than likely won’t feature any kind of Metal gear Online-inspired PvP multiplayer.