Death Stranding Multiplayer to Offer “Asynchronous” Gameplay, No Player Will Ever Cross Paths

It has been long confirmed that Death Stranding would in some way offer a multiplayer experience. And while we did receive a new trailer and a release date earlier today, there’s not a lot of info known about not only the single-player, but also regarding the game’s multplayer and what it has to offer.

As posted on the official PlayStation game-page, Death Stranding multiplayer is said to offer “Asynchronous gameplay” where players are said to never cross path with one another. They can work together by sending each other supplies, share safe houses and even be able to see where other players have been. From the rest of the details supplied we also learn that dying doesn’t offer a traditional game-over screen, but instead offers players a chance to return alive as you fight your way through what they are calling an “Upside-down Realm.” 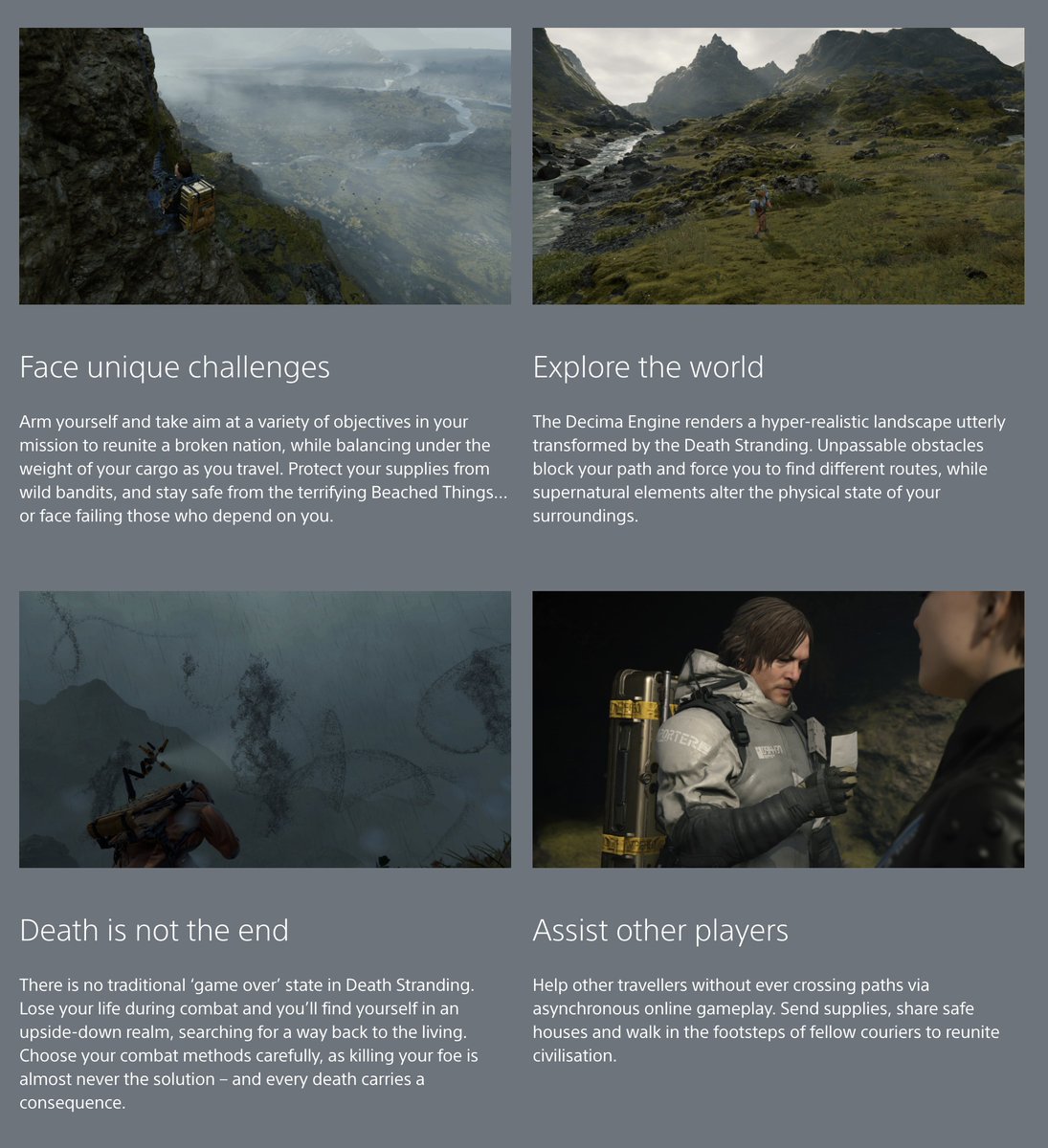 Judging from this information, it sounds like the game will indeed maintain its focus on mostly a single-player experience with some online component that adds an extra layer to it.  In comparison to other games, it sounds a bit similar to the Dark Souls series in a sense that in those games we are able to see other players and how they died, or messages left by them, but of course minus the co-operative play and the PvP.

It also may hint that we are getting some sort of online-only events, much like Kojima’s last title, Metal Gear Solid V. For those that played the game or possibly remembered one of its features, it offered a special Nuclear Disarmament ending that was only achievable when all players in the game connected had disarmed all their nukes.

Could we possibly see something similar to this for Death Stranding?

Need for Speed 2019: No Announcements Planned at E3, Dev Team Confirms It’s Due This Year