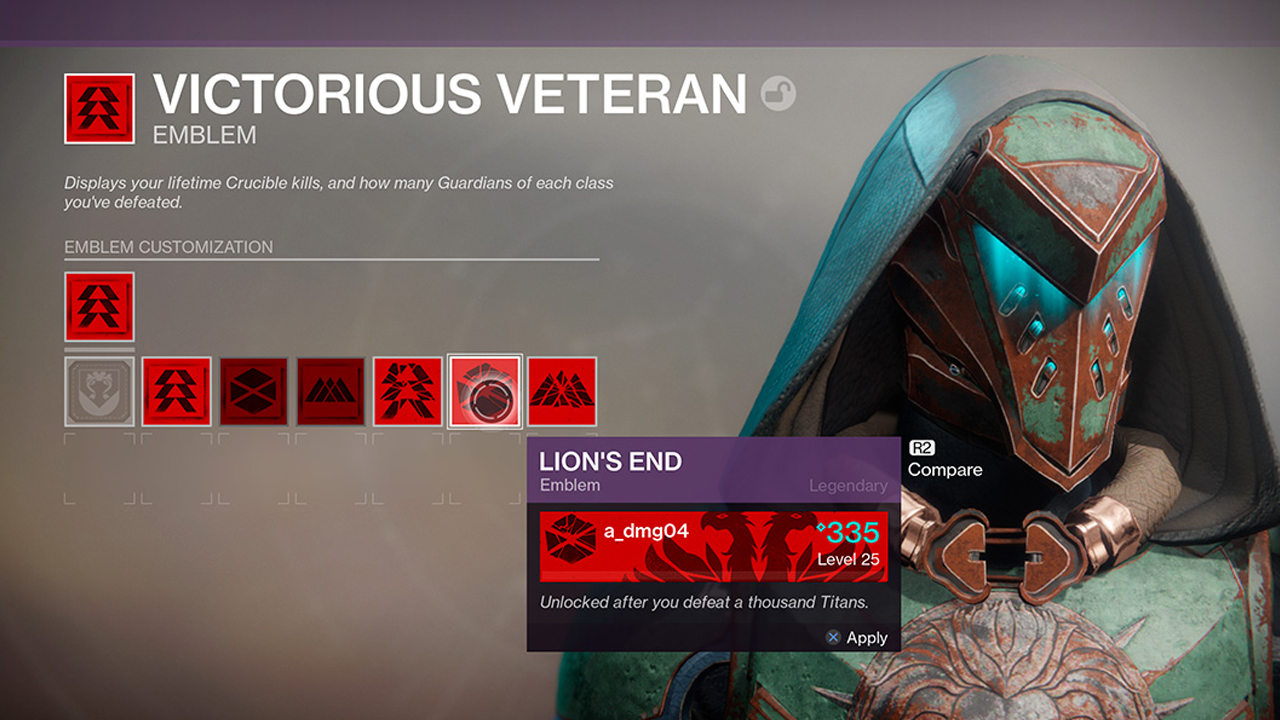 During the latest “This Week At Bungie” update post, Bungie went into more detail on the main changes coming in next week’s Destiny 2 1.1.3 update. Emblems are going to be improved, and Nightfall Strike Scoring will be added.

Emblems in Destiny have been positioned as a vanity collectible, with a few exceptional (and popular) emblems that reflect noteworthy achievements. In D2, we started to pivot emblems more towards the latter example by adding stat displays to some of them. Now, we want to go further in the direction of emblems as a means of exposing achievement.

First, we’re exposing more stats on emblems and making those emblems more available to players who want to display those stats. For example, the Crucible emblems that advertise wins or KDA can now be obtained directly from Shaxx after 10 Crucible rep packages (if you don’t get one earlier). We’re also deploying a new emblem that advertises your Crucible kills, which are broken down by class so you can see who find themselves in your crosshairs most often.

Second, we’re collapsing auras into emblems and removing them as standalone items. This means that existing Raid, Trials, and new Nightfall Emblems will provide the existing aura effects to players, and future emblems can also roll out new effects. These auras are conditional—for example, you still have to go Flawless or do a Prestige Clear to activate them. Some of these auras will also come with fireteam bonuses, so when they see that aura over you, they know who is giving them that benefit.

Lastly, we’re introducing variants to some emblems. If an Emblem indicates high achievement and lots of players use it, we didn’t want that to mean that everyone looks the same. But we still want achievement emblems to be recognizable as such. Variants are being introduced to allow visible achievement without losing the recognizable identity of the emblem. Some variants are unlocked via conditions—the new Crucible Kills Emblem unlocks some fun “class foe” variations after you down a thousand Guardians of that class. Others are drops from sources like destination chests or Nightfalls, and some of these might be quite rare.

An example that ties this all together are the new Nightfall Emblems. Obtained by completing specific Nightfall Strikes, these emblems display your highest personal score in that Nightfall. In the future, we hope to display your clan’s highest score too. These emblems have several variants each, which drop from that specific Nightfall, but in some cases only above certain score thresholds (and we expect some to be quite rare.) And finally, these emblems enable the purple Nightfall Aura as well as a fireteam bonus to Vanguard Token drops, but only if your personal high score is above a par-score. That will start off at a value selected from internal playtests but we plan to adjust it based on your (the community’s) posted scores each time a Nightfall comes around. 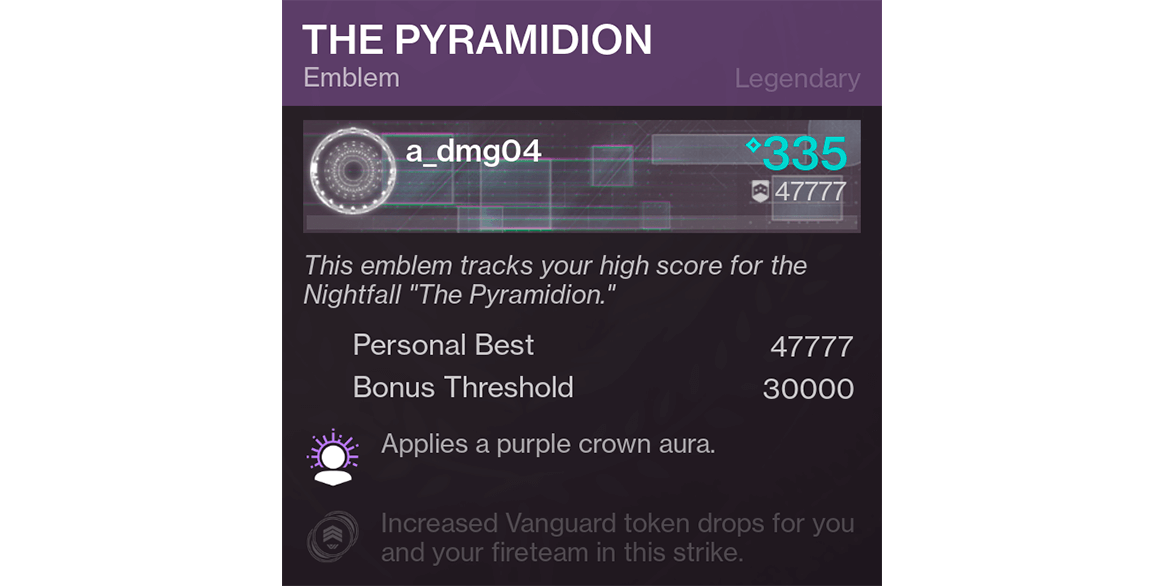