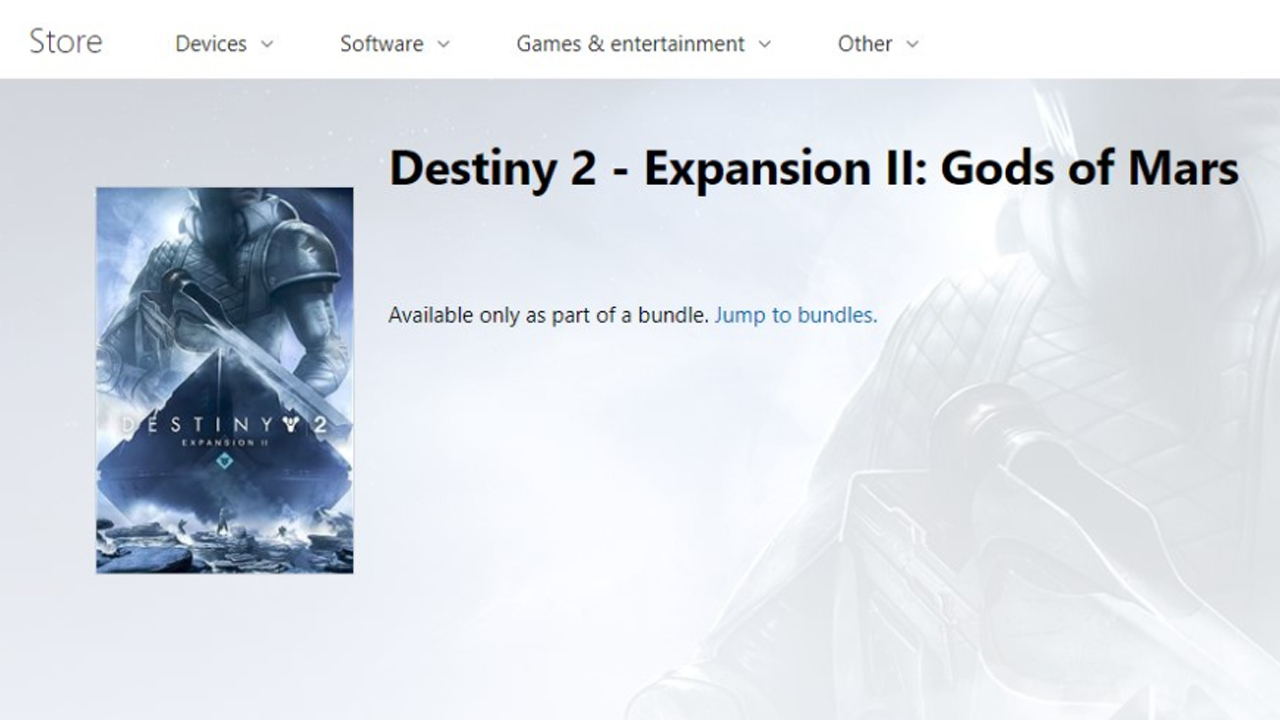 Back in December, we got a hint at what the new Destiny 2 expansion could be. “Gods of Mars” appeared on the Japanese PlayStation Store, offering details on new story missions and adventures, weapons and armor, and lots more.

Last time, it was Sony’s system that leaked the information. This time, it’s the Xbox.

Reddit user TheDarkS0ul has posted screenshots of pages that detail the Destiny 2s God of Mars DLC expansion. Check out all of the info below: 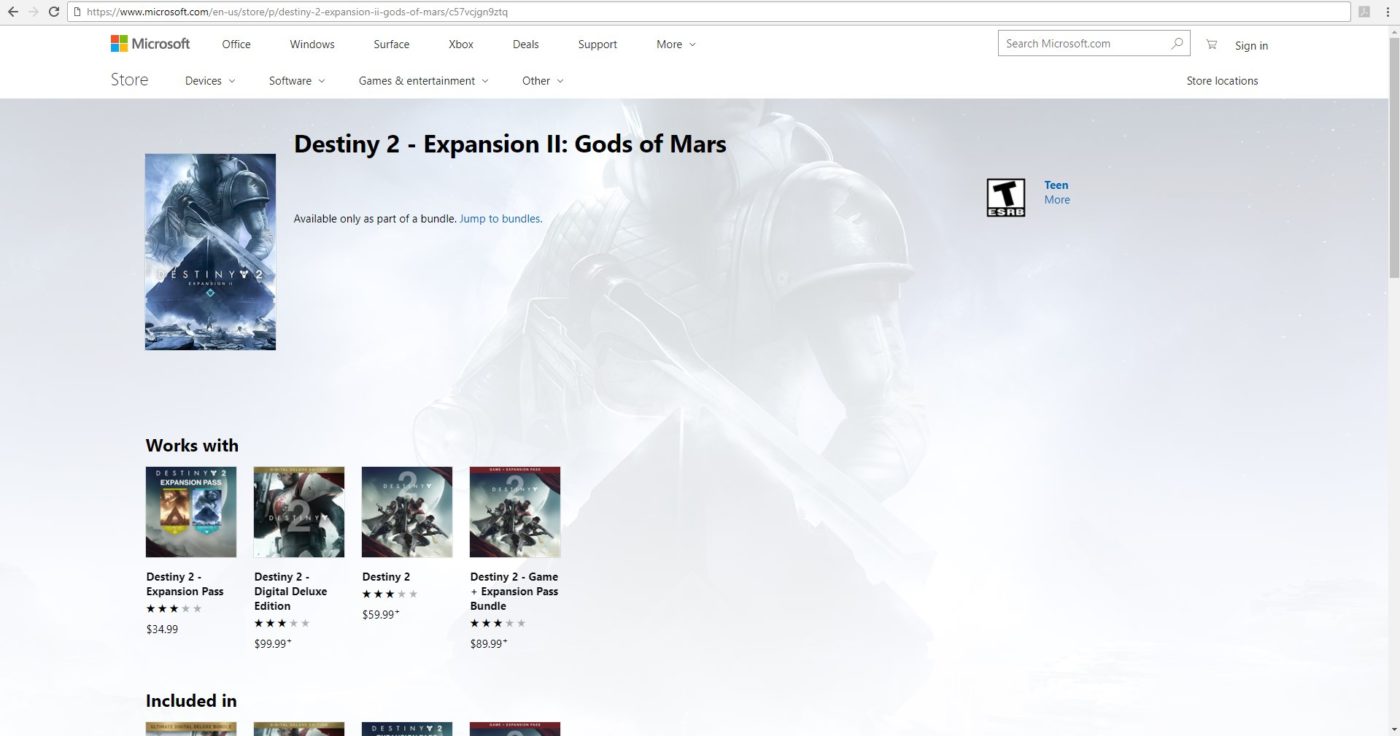 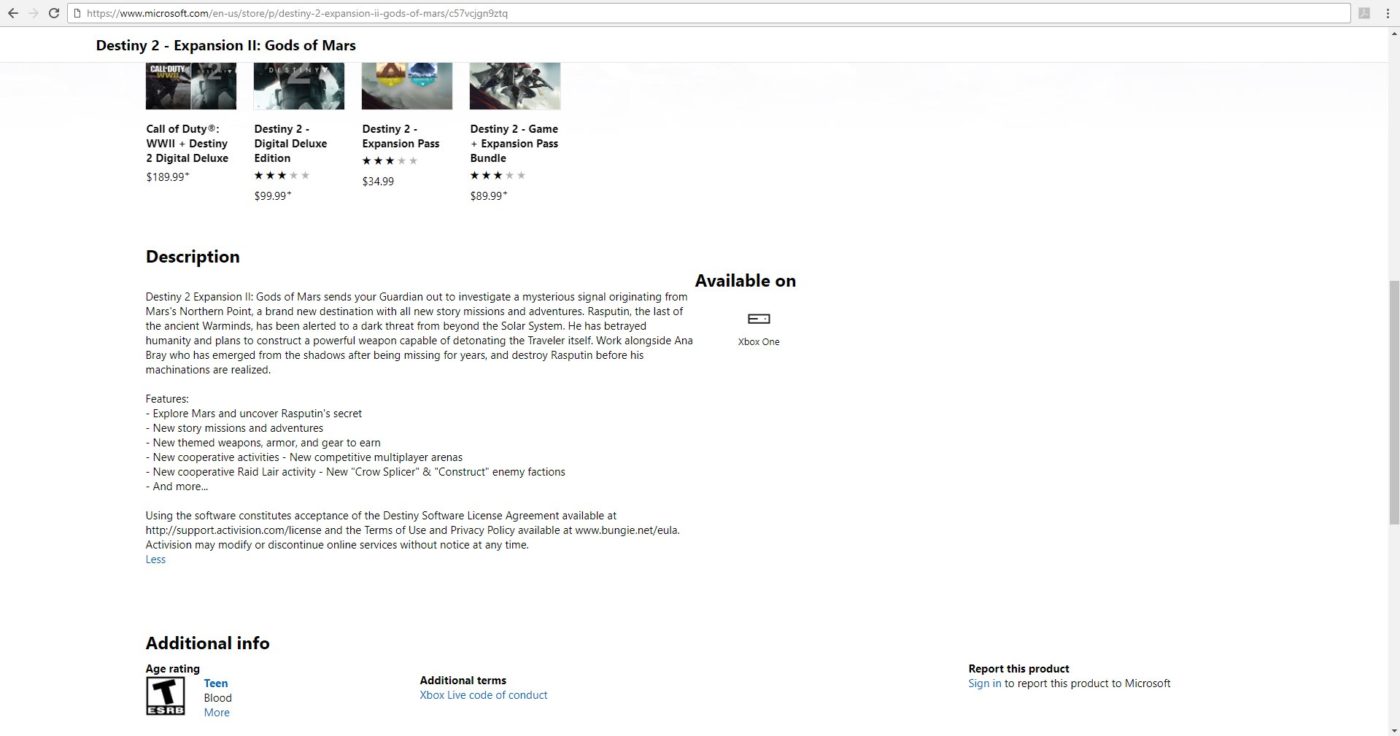 Destiny 2 Expansion II: Gods of Mars sends your Guardian out to investigate a mysterious signal originating from Mars’s Northern Point, a brand new destination with all new story missions and adventures. Rasputin – the last of the ancient Warminds, has been alerted to a dark threat from beyond the Solar System. He has betrayed humanity and plans to construct a powerful weapon capable of detonating the Traveler itself. Work alongside Ana Bray, who has emerged from the shadows after being missing for years, and destroy Rasputin before his machinations are realized.

Until official confirmation, do note the possibility that these images could be fake.

What do you make of this possible expansion? Think it sounds good? Bad? Let us know.

NBA 2K18 Update Shoots Out, Might Not Be What You’re Expecting