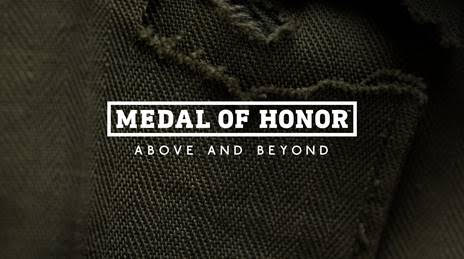 It’s been quite some time since EA released an entry in its Medal of Honor franchise. That changes today, though it’s not what people were expecting (or most likely hoping). EA has announced a new Medal of Honor game, and it’s for VR! Titled “Medal of Honor: Above and Beyond,” the shooter is being developed by Respawn Entertainment (Apex Legends), exclusively for the Oculus Rift for release next year!

Check out our first look at gameplay below.

Set for release this coming Summer 2020, Above and Beyond features a full-fledged campaign, and even multiplayer!

The game, which is being built for Oculus Rift from the ground up by a team comprised of veteran developers of the series, will put players in the role of an agent in the Office of Strategic Services (OSS). Players will go behind enemy lines to sabotage Nazi facilities, subvert enemy plans, and aid the French Resistance. Players will also experience a rich, exciting single-player campaign that takes them through historic events on land, air, and sea, all in virtual reality.

Additionally, Medal of Honor: Above and Beyond will include unique multiplayer modes and features when it releases in Summer 2020. The game will lean into the franchise’s history of education through entertainment, bringing the stories of WWII veterans to life for players in emotionally powerful ways.

For those hoping that we’d see a Respawn-developed Medal of Honor game that can combat Call of Duty, that day ain’t here just yet.

For reference, the last Medal of Honor proper title was Warfighter, which was release way back in 2012.

Tags: Medal of Honor medal of honor: above and beyond Oculus Rift Respawn Entertainment
Previous Post