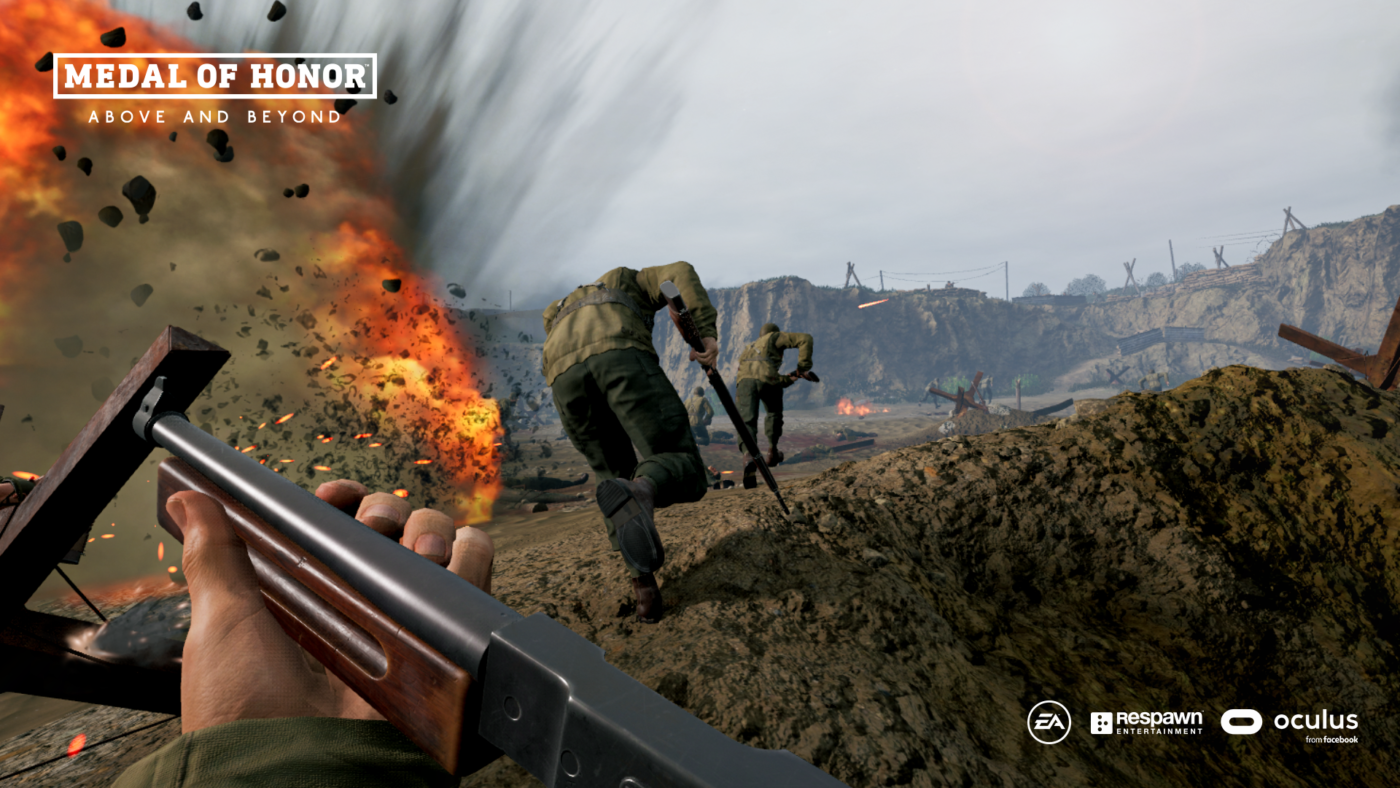 In case you didn’t know, Respawn Entertainment (Titanfall, Apex Legends) is working on a new Medal of Honor titled Medal of Honor: Above and Beyond. Now before anyone gets too excited, this is a VR-only game, though one that seems to be a full-fledged title based on WWII.

At gamescom Opening Night today, Respawn gave fans a peek at Above and Beyond’s single-player campaign.

According to the press release, this campaign is based on real life evens during WWII.

The trailer showcases Medal of Honor: Above and Beyond’s rich storytelling and insightful historical content as the franchise returns to its roots. Through VR, players will be transported into the boots of a combat engineer who is recruited to join the OSS — Office of Strategic Services, the forerunner of the modern CIA created to conduct espionage and sabotage behind enemy lines during WWII. Alongside a cast of new and returning characters from throughout the Medal of Honor franchise, players will experience missions that will take them from Tunisia to across Europe, participating in some of the biggest moments of the war.

Medal of Honor: Above and Beyond is being developed in parternship with Oculus from Facebook, and more details about it will be shared on Facebook Connect on September 16.