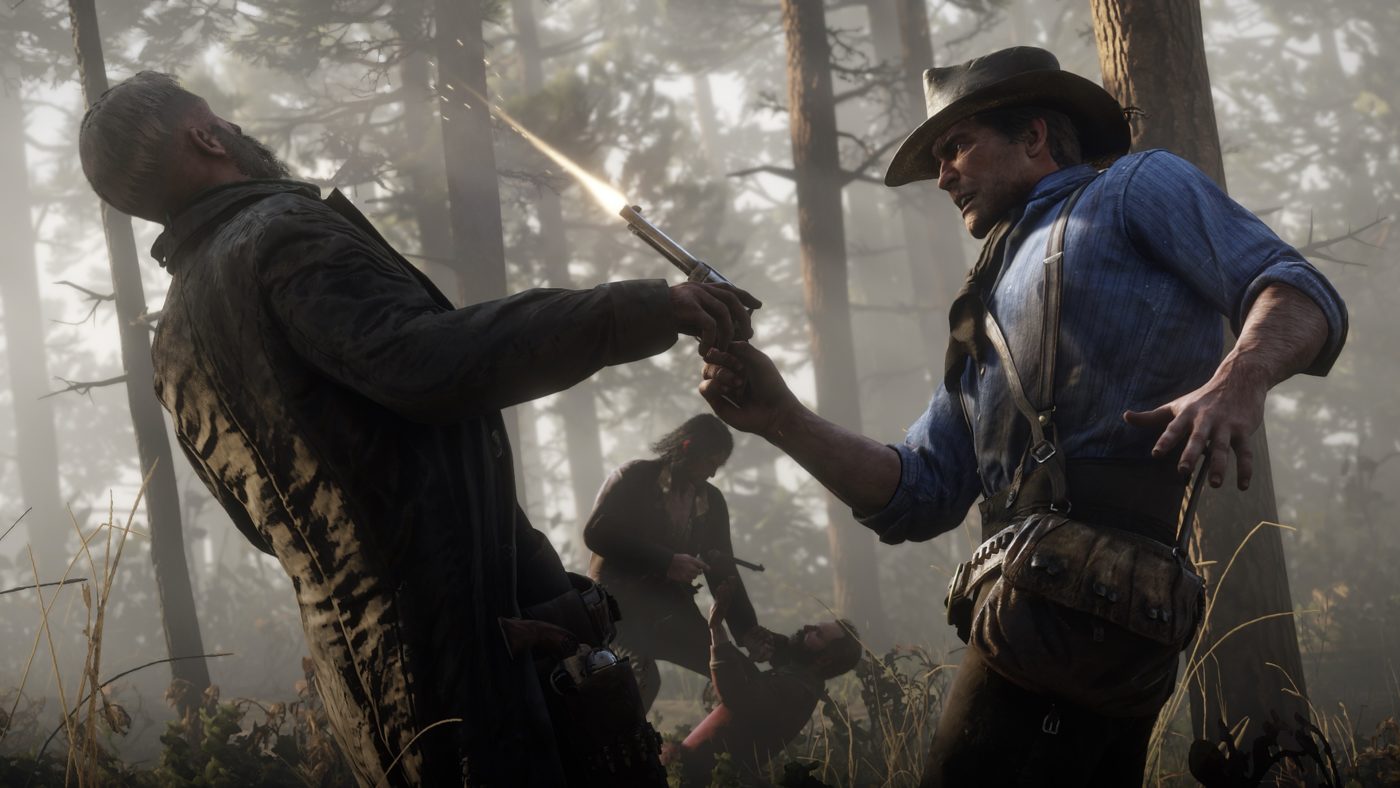 As if the hype for Red Dead Redemption 2 couldn’t get any bigger, Rockstar Games has released a new Red Dead Redemption 2 gameplay video as promised yesterday! In this “part 2” gameplay look, we get to see the new “deadeye” shooting mechanic in action, how in-game activities like robberies play out, the enemy gangs you’ll face, and lots more!

What are you waiting for? Click play to watch this new Red Dead Redemption 2 gameplay video clip to make the wait for October 26 all the more harder!

Red Dead Redemption 2 is an epic tale of outlaw life that seamlessly blends story with action, and exploration with choice – all under the constant threat of danger.

Watch the second half of our Red Dead Redemption 2 Gameplay Series – outlining all sorts of nefarious activities Arthur and the Van der Linde Gang can get involved in, including robbing trains, encountering rival gangs and outlaws, evading cunning lawmen and lots more in a world that is deep, teeming with life and very menacing. Today’s video also includes a look at the new and expanded Dead Eye system, and was captured entirely from in-game footage.

There’s a lot of info for Red Dead 2 out right now, and we’ve covered a lot of them. Did you know that you can play the entire game in first-person? There’s also going to be over 200 kinds of wildlife in the game, which is insane if you think about it. If you’re looking forward to the multiplayer side of things, Rockstar Games has announced that Red Dead Online, which is the game’s multiplayer component, will have an open beta sometime in November!