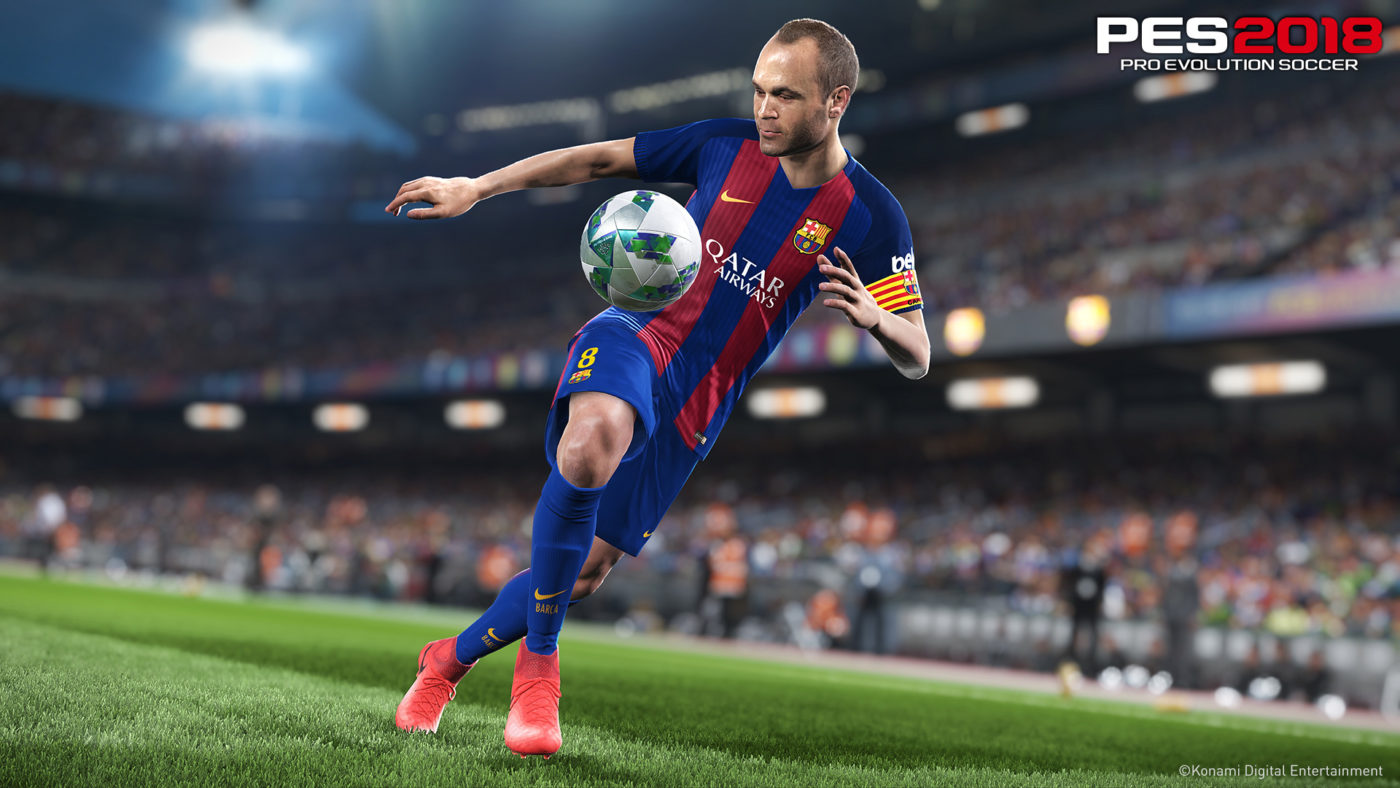 A new update for PES 2018 is rolling out across PlayStation 4 and Xbox One. Patch 1.03 tweaks AI balance and goalkeeper reactions. Konami has also focused on several “Master League” fixes, including addressing a problem where the “Forward Time” feature wouldn’t work correctly, as well as an issue with players not recovering from injury.

■The following adjustments were made to matches:
・Player selection criteria when changing the cursor
・The balance of COM defense and foul decisions
・How goalkeepers respond to shots
・The AI of the final defensive line when defending

■The following issues have been fixed:
<General>
・Adding users to the Rejection List in ‘Follow’ after Online CO-OP matches sometimes failed to add the users to the list
・After meeting the certain conditions, COM players did not kick the ball in a penalty shoot-out
・When choosing sides in Versus Mode, it was sometimes impossible to select specific personal data
・The formation of certain managers displayed differently in the Squad Management and Game Plan sections
・In the Attack Breakdown section of the Play Analysis, the defensive Advanced Instructions would appear instead of the offensive ones

<myClub>
・In SIM matches, Match Data was displayed in the 1st half, but this automatically switched to display Field Data in the 2nd half

<Master League>
・The Advance Time feature could not be used if certain players were obtained and released from the team on the same date
・Injured players did not recover if a new Master League was started after turning injuries off in the General Settings for Exhibition Matches, and then playing a match
・Owner comments were sometimes incorrect
・If a player was selected for trade and the trade completed, the player became unselectable if trade negotiations were resumed
・The rankings for the PLA League and Chilean League could not be viewed

■Minor adjustments were made to a variety of modes to improve the overall gaming experience.

What do you think of the latest update? Let us know below.

Destiny 2 Down for Scheduled Maintenance, New Hotfix Being Implemented