While we’re maybe about a year away from seeing the PS5 hit store shelves (note: maybe), a new hardware filing by Sony Interactive Entertainment for an unspecified device had people scratching — at least until a dev confirmed what we were looking at, which is a PS5 dev kit!

Check out the pictures from the hardware filing by Sony (via LetsGoDigital): 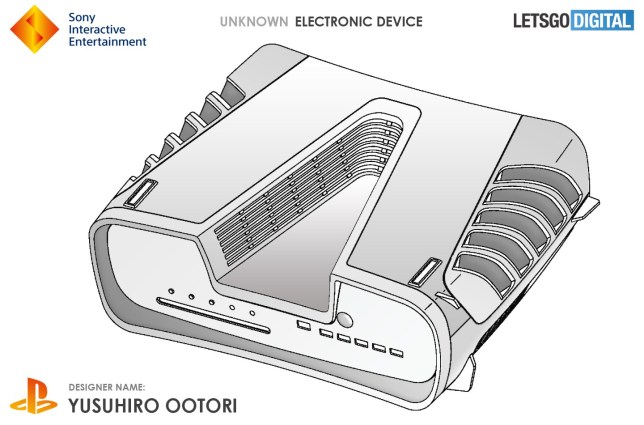 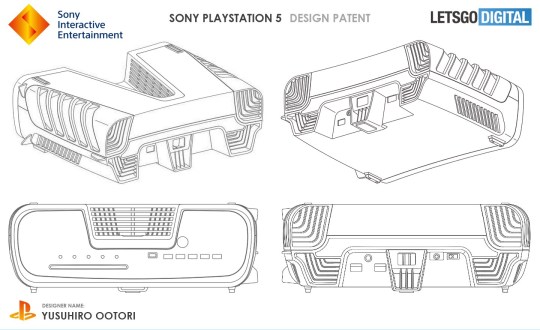 While there’s no mention of the “PS5” or PlayStation 5 in the pictures themselves, a developer has confirmed that these are indeed PS5 dev kits. This was confirmed by Codemasters (Grid, F1 racing series) developer Matthew Stott over on Twitter, where he also claims that the studio has “some in the office.” The tweet has since been deleted but fortunately, we managed to get a screenshot. 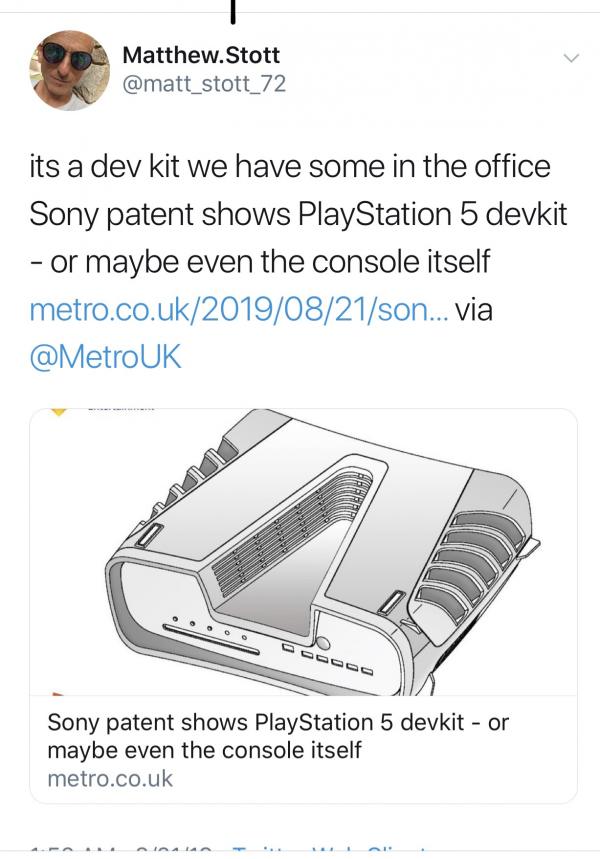 Another set of shots can be seen below from Andrew Marmo, a game dev student.

Will this be what the PS5 look like at launch? I highly, highly doubt it given dev kits and prototype units are rarely the same. Also, truth be told, the pictured images above don’t look appealing at all, so there’s that too. Unless Sony wants to sell to the ’80s crowd, and not, y’know, the younger generation.

While Sony hasn’t shown off the actual unit just yet, we’re expecting an announcement in the very near future. We’ve already seen how fast loading games will be via the new console, and Sony has even confirmed cross-gen play between the PS4 and PS5.