PSN Down for People Worldwide With Different Problems Surfacing (Update)

It seems PSN down issues are affecting people worldwide and with different issues depending on the region and whatnot. Multiple people have reported that the PlayStation Network (PSN) is down on the PS4 subreddit.

On the official PSN Network Status site, it mentions that some services are experiencing issues currently. 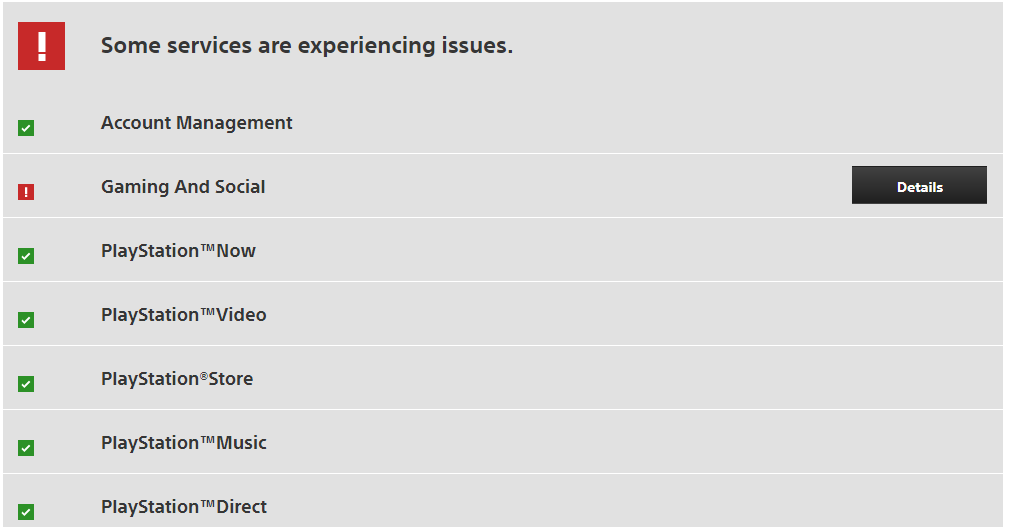 What’s odd here is the Ask PlayStation Twitter support page has not mentioned of any problems whatsoever. On the PS4 subreddit, people from different areas of the world have weighed in, and what’s weird here is, some can’t join online games, some can’t join party chat.

Note that this is an unannounced downtime, so it’s not maintenance or anything of the sort. Let’s hope it’s not a DDoS (distributed denial of services) as that’s the last thing people need right now while stuck at home.

No word yet on Sony what’s causing this or when it’ll get resolved. Once it does, we’ll update the post. If PSN is working for you, share your location in the comments below so we know which areas aren’t affected.

Update 4/23/29 – All services are back up and running per the PSN Status site.