According to the PSN status page, “all services are up and running.”

Game on, people! If PSN is still down for you, let us know where you’re located in the comments.

Following the Xbox Live issues that plagued gamers yesterday, it seems PS4 gamers are now getting hit with server outages. It would appear that PSN down is happening, as multiple reports and a status update from Sony have confirmed that the network is experiencing some technical difficulties.

Sony has acknowledged the situation with the official Ask PlayStation Twitter account relaying that Sony is investigating:

We’re aware that some users are experiencing issues logging into PSN. Thank you for your patience as we investigate: https://t.co/IQSqFMFRXC

The first reports began flooding Reddit with users reporting that a maintenance had been occurring, which was soon followed by reports of users being signed out and notifications stating that they need PS+ despite being a current subscriber.  For the most, a majority of users are reporting from within the United States, though we have seen some from out of country stating that the service is down for them as well.

Multiple users on Twitter have also confirmed that the service is currently down for them.

Does anyone know the ETA of completion for this #psndown issue?

I have some friends who are currently still playing BO4 Zombies and they haven’t been affected… yet.

At least I can still download stuff while I wait for PSN to start working again #psndown pic.twitter.com/CQDplVeCrS

The official PlayStation status page is displaying that all network services are currently experiencing some issues. 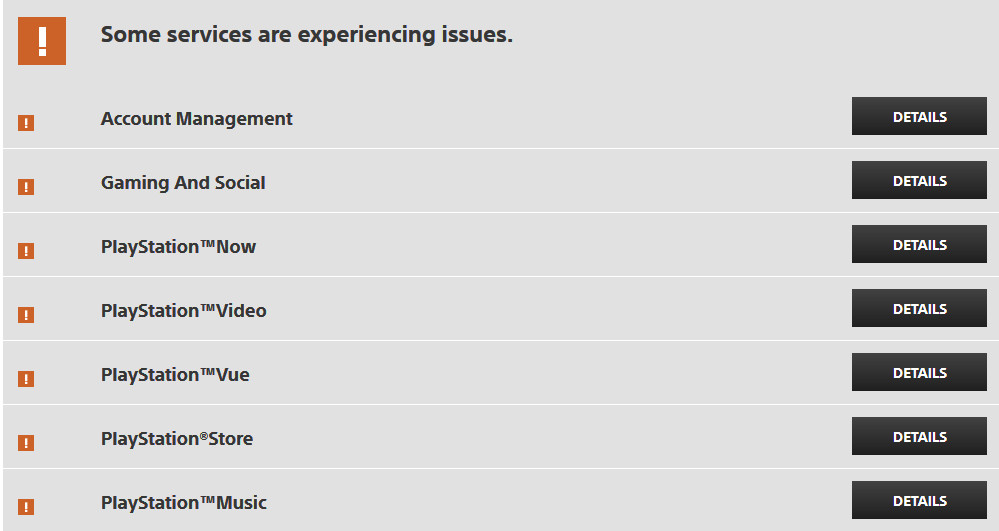 Oddly enough, for me at least, the online appeared to have been functioning normal until I decided to turn off my PS4 and turn it back on as some users have reported doing, in which case I couldn’t sign back on myself. My suggestion is if the network is working for you, don’t shutdown the console as that’ll force you to sign-off if it hasn’t already. Otherwise, for those who are currently affected and cannot log back in, as always we will have to wait for the network to come back online. If you have any physical titles you can still play them (unless online is required) and for those with digital you can as well, but only if the console is the primary console, otherwise you may see a locked symbol and the system requesting you to make the console the primary.

Seems its been a rough week for online gaming as Xbox Live also experienced some down time (and still is in some places) that prevented users from signing-on.

Is PSN down for you? Share where you are in the world so others know as well.