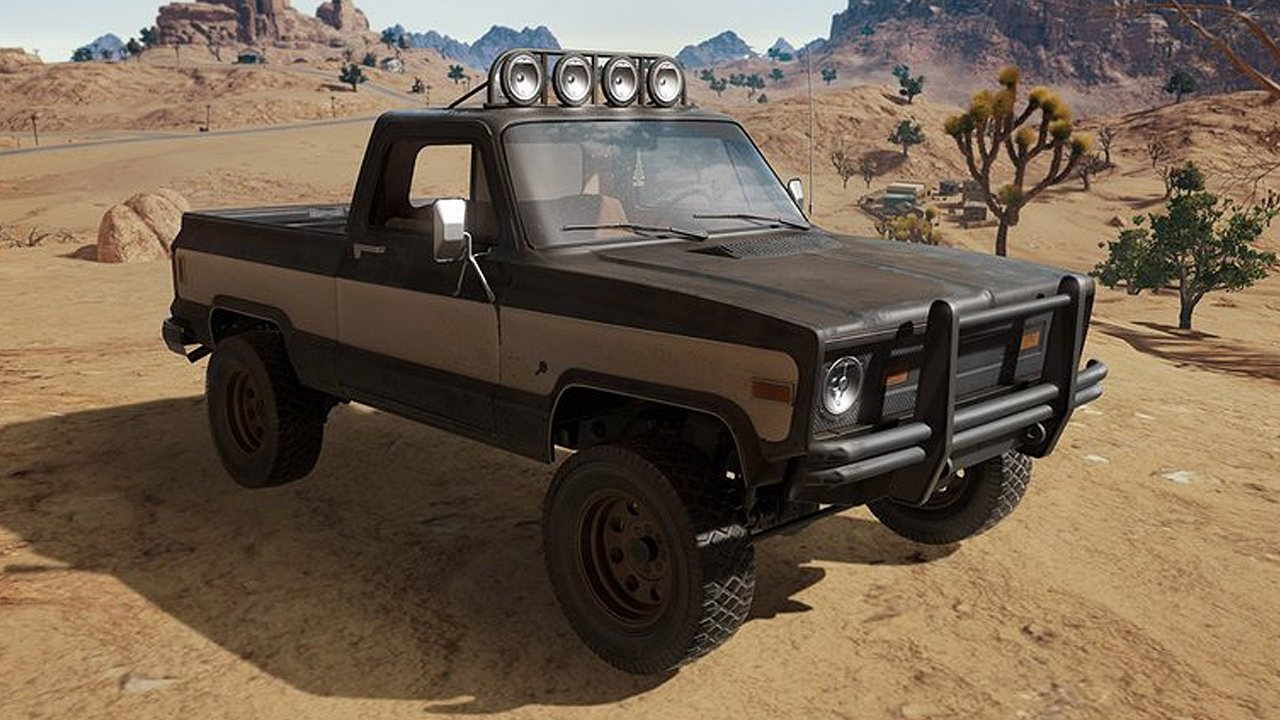 A new PUBG vehicle has been officially revealed on the game’s Twitter. While we’ve seen the truck already in datamined files, it’s nice to have the official confirmation that this new vehicle will be coming soon, and that it’s going to be exclusive to the upcoming desert map.

Speaking of vehicles, if you’ve been testing out the 1.0 update on the Test Server, you’ll no doubt have noticed the change in vehicle sounds. PUBG sound FX lead Kyungwon Park, and action and gunplay programmer Marek Krasowsi, have provided more information on the sound FX creation process.

Can you briefly explain what kind of work went into improving the vehicle sounds?

We sent a list of vehicles that are used in-game to recording companies in Germany, asking for engine sound, driving sound, brake sound, and so forth. It took approximately two to three weeks for these companies to find the exact vehicles and record the sounds. Then we used the REV program to tweak and fit the actual driving experience with proper acceleration curve and parameters.

Vaulting system involves over 40 different animations. How many sound sources are included for each vehicle?

What else do you intend to improve in the future?

We still have a lot of work left in terms of the vehicle sounds on different surfaces. We plan to make our own sound samples with filming studios in the future. We are also interested in switching between the interior sound and the exterior sound of a vehicle when a character shifts between FPP and TPP to make it more realistic. We have already made a system that changes the vehicle sound according to the user’s point of view but it is not perfect yet. We plan to improve it considering the structural character of each vehicle.

Any last words to our players?