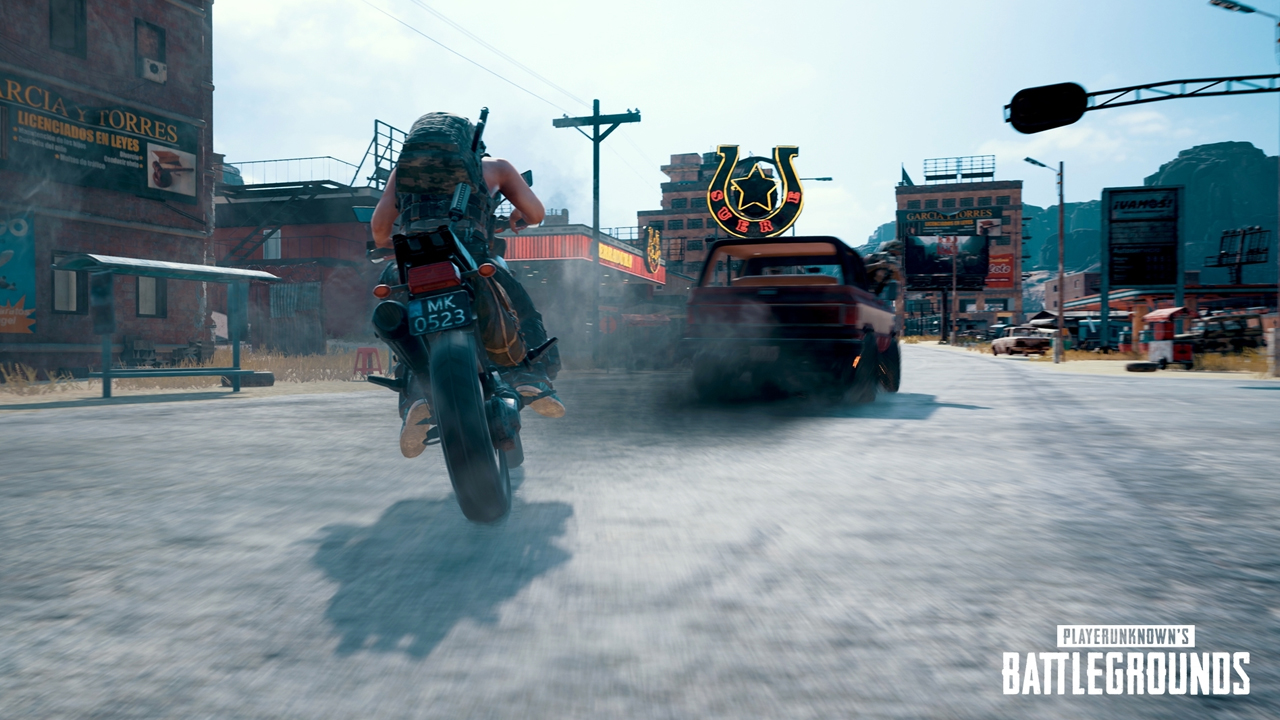 Update 1.0 brings a huge number of changes, which are all detailed in the following patch notes. Read up on all of the tweaks and improvements, then go and enjoy PUBG in its launch state!

Reduced the lag issue when multiple players are in sight

Redesigned the lobby background and UI

When the game ends, the replay will be saved and can be played on “Lobby – Replays” menu

Up to 20 replays can be saved. They will be automatically deleted in the oldest order when the number exceeds 20

You won’t be able to watch the replays made in the previous client version.

J: Time line ON / OFF (Player can move to desired time, pause)

B: Back to own character

V or LMB: Observing camera (You can see the view of the selected player)

C or RMB: Following camera (The camera follows selected player and you can control the camera angles and zoom)

F or SPACE: Free camera (Move to the camera view which can freely move on the map)

L: Open the battle list (You can check engagements with and around the currently selected player)

Added a character control function. Now you can allocate a number to a currently observed character with Ctrl+0~9, and move to the previously marked character by pressing 0~9

Added a position control function. Now you can allocate a number to an area of the map at current position with Ctrl+0~9 (Numpad), and move to the previously marked area by pressing 0~9 (Numpad)

The camera will be moved to the location below, if a number isn’t allocated

Miramar will temporarily have a higher chance of being selected

Miramar builds on and modifies the core Battle Royale experience by providing varied visuals and gameplay:

Choosing the vehicle type is more important than before, as off-road driving is now different from on-road driving experience

Added DP-28 which is Erangel exclusive. DP-28 will be spawned in world. It has a 47-round pan magazine for 7.62mm. Sights and a 4x scope can be attached. It has low firing rate but a long effective firing range with high damage

Added AUG A3. The AUG A3 can be obtained from care packages. It’s a variant of a bull-pup assault rifle that uses a 5.56mm 30-round magazine as standard and 40 rounds when extended. It has high muzzle velocity, high rate of fire and low vertical recoil.

Added R45 which is Miramar exclusive. R45 will be spawned in world, it uses .45 ammo and 6 bullets can be loaded. Red dot sight can be attached. It has high accuracy and faster reload speed than R1895

Added Win94 which is Miramar exclusive. Win94 will be spawned in world. It’s a variant of a lever action rifle that uses .45 ammo and 8 bullets can be loaded. It’s for an expert player since it doesn’t take any attachments except bullet loops and is mid-range effective with slow reload speed but high damage

Added Sawed-Off which is Miramar exclusive. Sawed-Off will be spawned in world. It uses 12 gauge shot and 2 shells can be loaded. No attachments available. It has short range, high dispersion, lower damage than other shotguns but can fire in rapid succession

R1895 will not spawn in Miramar

Kar98k will no longer be included in care packages. World spawn rate of Kar98k will remain the same

Added Van. Van is a six-seat vehicle and Miramar exclusive. It has low maximum speed and driving force but it has the highest HP in the game. Therefore, the Van can be useful in various tactical situations

Added Pickup. Pickup is a four-seat off-road vehicle and Miramar exclusive. It is designed to be well adjusted for Miramar’s bumpy terrain. Pickup is the most all-around vehicle in the game and suitable for various playstyles

Added Aquarail. Aquarail is a two-seat water vehicle. The player in the passenger seat can user their weapons. It has good cornering and high mobility so you can expect Aquarail to do well in guerrilla tactics.

Motorcycle and Buggy are also available in Miramar. They have different skins compared to their Erangel cousins.

Additional vaulting animation for objects with a height of approx. 60 cm or lower (when holding down the Shift key)

Moved the camera to correct position in FPP mode for drivers

Projectiles fired from firearms are now affected by air drag. This means that projectiles will now lose velocity over time leading to greater bullet drop and longer travel time

Hit areas have been modified

Neck is now protected by the helmet

Damage to the chest area is increased

Base damage is now modified by weapon class

Distance traveled by the projectile (damage decreases over distance)

Bullets now penetrate water based on the velocity of projectile (the faster the velocity, more shallow the penetration)

Increased the drag effect on Kar98k

Increased the zoom level on Win94 in ADS while holding breath

Large scopes (8x, 15x) now have variable zoom that can be adjusted using the Mouse Wheel (by default)

Added blur effect on the outside of scopes

Vehicle driving is adjusted to be more realistic

Improved the vehicle and passenger animations

Unified the sizes of all UAZ models, the number of seats decreased to 4

Fixed the excessive aim-punch while leaning in ADS mode

The healing period for bandages has been reduced to 4.5 seconds from 8.5 seconds The casting time and the amount of health restored are the same as before

Players can now parachute and land on certain areas that were not previously accessible, including the outskirts of the island

Sounds of bombs being released

Added sounds when character jumps into water. Sound will be different based on the speed

The sound changes depending on the distance from the explosion

Improved the backpack capacity UI in the inventory screen

Redesigned the color of HP bar

Displayed in yellow when the HP is below 50%

Displayed in red when the HP is below 25%

Displayed in red and blinking when the HP is below 10%

Helmet, vest, bag HUD UI elements will now be on by default

If there is no more room left in the backpack, the font will turn red to show that items cannot be picked up

Improved the mini map and the world map

When team members get on the same vehicle, a single indicator will appear

Added deathcam feature that can be found in Settings.

Players who boot up the game in “the next few weeks” will get a free in-game “Winner Winner Chicken Dinner” shirt. 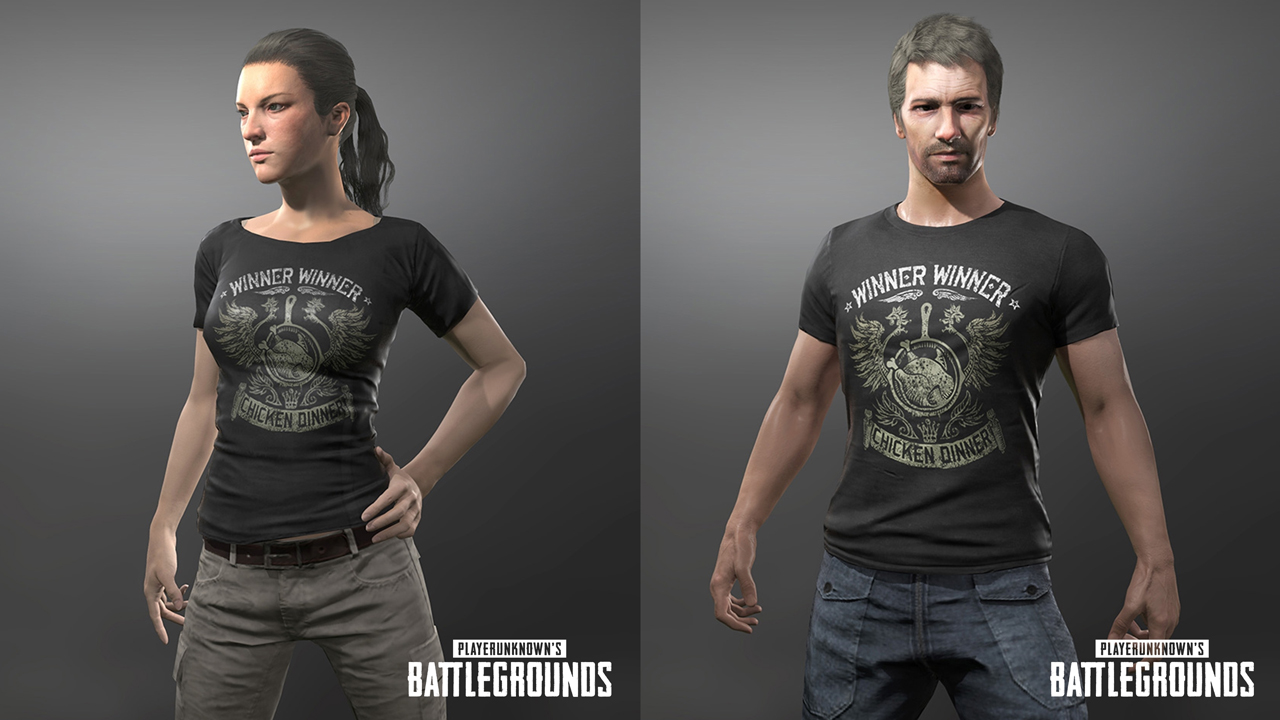 Will you be playing some PUBG today? Let us know which part of the launch day patch you’re most excited about!