Just a few weeks ago, Crystal Dynamics made a splash with Marvel’s Avengers when it announced that Spider-Man would be joining the roster, and unfortunately, will be exclusive on PlayStation platforms. While the devs have only mentioned we’ll see Marvel’s Avengers Spider-Man swing his way sometime in 2021, it looks like we have a more definite release window.

UK retailer GAME has sent out emails stating that Spider-Man will zip his way into Marvel’s Avengers in March! Reddit user Judewhite1 has kindly enough sent us the email of it as proof: 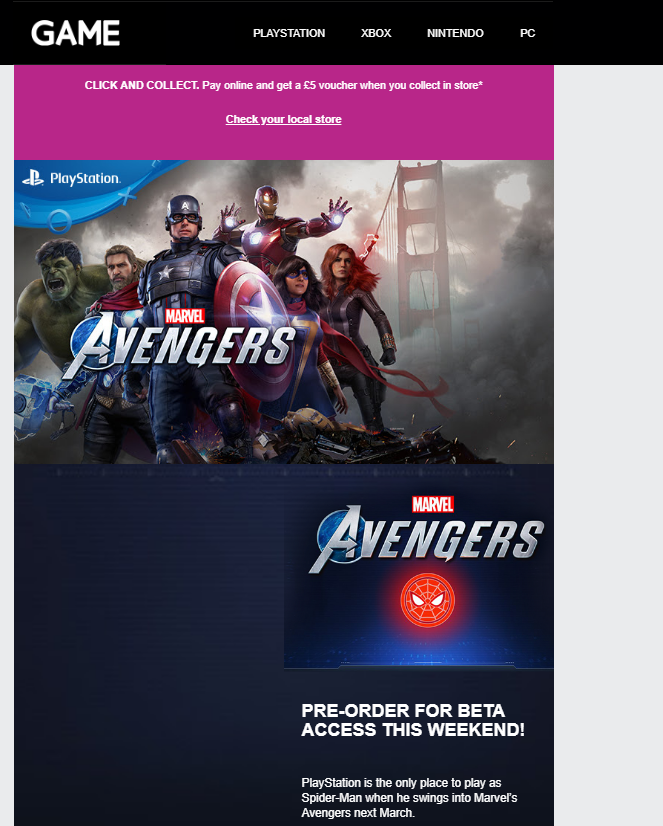 As you can see, it plainly states, “PlayStation is the only place to play as Spider-Man when he swings into Marvel’s Avengers next March. Obviously, there’s no firm date just yet, but Marvel fans at least know now when webhead will be in the game — at least for those playing on the PS4 (or PS5).

Bear in mind that this has not been confirmed by Square Enix or Crystal Dynamics, so take it with a pinch of salt for now. That said, Spider-Man’s involvement in the game was also outed by a retailer, and we all know how that turned out to be legit.

For those on PS4, don’t forget, the beta is now available to play and download for everyone! Check out our hands-on impressions to see what we make of it.